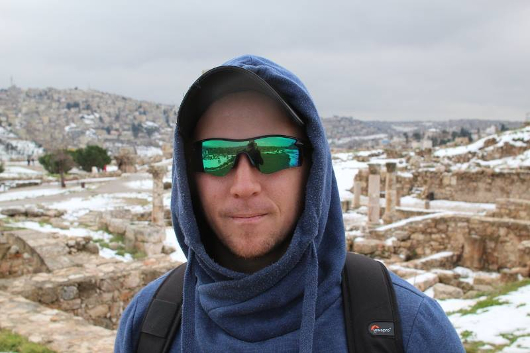 Ever since this blog started about 4 years ago, I’ve spent each year learning new languages and also moving to the country of each language for immersion to share that experience with you here (along with the occasional video).

It dawned on me recently that I haven’t done a language mission on this blog for quite some time (it’s been well over a year since my Russian mission).

I also haven’t posted a general update about what I’m up to and what’s on the horizon for The Mezzofanti Guild. Since I do run surveys and send out emails (sign up at the bottom of this post) from time to time with people indicating that they come here just out of pure interest for where I am and what I’m doing, I really should be sharing more than I do.

I’ve been focusing on TalkInArabic.com over the last few months as you know.

But if I’m completely honest, it’s also because I’ve been deciding where to from here with this blog. The Mezzofanti Guild has reached a point in its almost 4 year existence where it’s time for a major change of direction.

So some very interesting changes are afoot and a few other big things have been happening in my life which I’ll share with you a little later but if you have a moment now, you can help me with something important.

Can you answer 4 quick questions for me?

You may have already answered a survey like this here but this one is a little bit different than before:

Thanks for that. It’s really helpful and you’ll see why soon.

I’ll be spending the rest of 2015 getting my Maghrebi Arabic up to a more acceptable level (the Arabic spoken in Morocco, Algeria, Tunisia and Libya).

As you probably already know, I’m fluent in Egyptian Arabic and I also know other surrounding dialects quite well but my Maghrebi Arabic is really lagging behind. This has been causing unacceptable delays on the work I’ve been doing with TalkInArabic.com up until now so I need to rapidly improve.

My plan (not yet confirmed) is to head over to Morocco this year and work with some contacts there on producing new Arabic material.

I’m super excited about spending time in that part of Africa!

Now, I had originally planned to take the italki Language Challenge this month for it (the only language challenge that I’ll actually endorse as worth the investment of time and money) but since I’m just about to head off to the US, I don’t have enough time this month to participate in the challenge myself.

So instead of one month, I’m setting this as a challenge for the rest of the year.

Believe me when I say that a dialect mission is more challenging than learning a completely new language.

Switching dialects is really tricky – comprehension isn’t much of a problem at all but switching from one dialect to another is not an easy thing to do (even switching dialects of English isn’t always easy for me as a native speaker).

I’ll share more about this here and on the TalkInArabic.com blog shortly.

Take 12 lessons in your target language (or a new language) and win free lessons. Motivation + incentive!

Have a great rest of the week and thanks for filling out the survey! 🙂