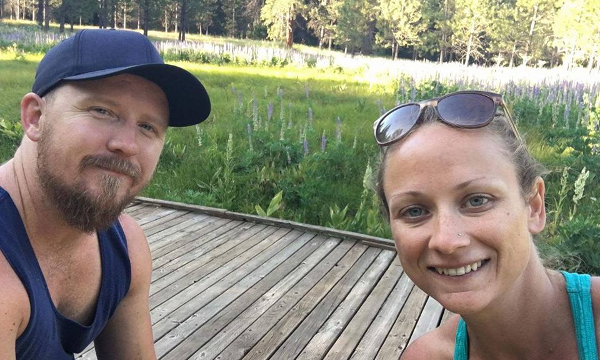 I hope you all had an awesome Christmas and are now enjoying your break (if you have one that is).

You know, thinking about the fact that the New Year is only a few days away now, I just realised that The Mezzofanti Guild™ – this little project of mine – recently passed its one year birthday.

What started as a simple hobby writing about one’s passion has gradually turned into an established brand and created some amazing connections and friendships that I never would have made otherwise.

It’s been a joy sharing my knowledge and experience with you, and I’ve learned so much hearing from your stories, challenges and triumphs as well.

Thanks for all your support and encouragement as it really means the world to me.

This blog’s been in an alpha stage over the last 12 months as I’ve been ‘testing the waters’ to see what interests and benefits people the most. I now have a much clearer picture and intend to take this work in a more unique direction in 2013.

I hope you’ll continue to visit and share your thoughts here throughout the coming year (make sure to connect with me on Facebook too if you haven’t already).

Today I’m going to share a few of the most popular posts I’ve written this year in case you missed any of them.

If there are any blog posts or articles that have influenced you positively in 2012, make sure to share them with us in the comment section below. 🙂

I received my first ever hate mail after writing this.

This is one of those raw nerve topics of language learning discussion and there are some people out there who will slay their own grandmother to stubbornly argue in defence of grammar study.

Whatever helps them sleep at night.

The truth is that memorizing conjugations and declensions is going to do very little to improve your conversation skills – if anything it’ll prevent you from making much progress at all.

In this post I introduced a natural alternative that is grounded in research and experience, not to mention more enjoyable.

Why Disliking Learning Languages Is Not A Good Thing

I wrote this in response to a comment made elsewhere regarding language learning only being a “means to an end” – that end being an exchange with another human being.

There’s nothing wrong with that end goal itself but what motivated me to write that was the idea that you can somehow maintain motivation to succeed with a foreign language even if you dislike or have no interest in the learning process.

I don’t believe you can.

Enjoyment is a key factor in success no matter what you’re doing.

People who experience that enjoyment and passion are far more likely to end up with the results they want than the people who think of it all as a mundane chore.

I had to muster up some serious emotional energy to write this.

I lived in Egypt several times as an immersion learner and that country was my first overseas experience as a teenager. Arabic has become a part of my identity in a way that no other language has or probably ever will.

My experience almost marrying an Egyptian girl solely through the medium of Arabic had a huge impact on this.

Here I outlined some of the cultural and language lessons I learned through the whole experience.

How To Install Learning With Texts On Your Own Computer

This needed to be written.

LWT is an outstanding piece of software similar to LingQ but it’s completely free and most importantly, it can be installed locally on your own computer.

The problem is the installation instructions are frankly too technical for a lot of people so I put together a simple yet detailed post on how to download and set it up on your own system so you can take full advantage of it as an assisted reader.

If you haven’t tried it yet then I recommend you give it a go (also see here, here and here).

The One Thing You Can’t Bullshit In Foreign Language Learning

The Internet is full of people who claim to speak x number of languages at exaggerated levels, and who often self-assess themselves according to the CEFR scale (A1, A2, B1, B2, C1, C2) to sound impressive.

There’s only one thing that astounds and amazes me when I hear of someone who produces a few YouTube videos speaking a bunch of languages that he or she apparently learned in just a few weeks or months:

Peoples’ (and the media’s) gullibility.

There’s a lot of this sort of stuff on the Internet and all it does is discourage people from learning because they think it’s real, and then start feeling disheartened and inadequate.

The post I wrote here (drawing on my experience with the Australian Defence Force linguist testing) is about what I truly believe to be the most difficult language skill to acquire and one that genuinely takes a long time and a lot of hard work.

There are no shortcuts for mastering this skill and it can’t be faked.

Arabic And Hebrew: Why Semitic Languages Are Not Difficult

Despite what people say!

So many people treat Arabic like the boogeyman of foreign languages as if it’s exceedingly difficult for English speakers to learn.

I outlined some reasons why I believe this is complete nonsense and that both languages are quite simple in many ways.

If you’re considering learning a Semitic language like Arabic or Hebrew then check it out!

This could be what’s holding you back!

In this post, I drew attention to the fact that the most successful language learners are people who aren’t afraid to go that extra step in their social interactions.

This has nothing to do with extroversion either – it’s about facing the fear of making mistakes.

We all struggle with this but it can be overcome.

Pursuing The Irish Language – One Blokes Journey From Australia To Ireland

This was the highlight of my year.

After spending 8 months intensively learning the Irish language (Gaeilge) by myself at home in Australia, isolated from native speakers and with limited resources at my disposal, I made a bold last-minute decision to travel to the other side of the planet so I could use the language with native speakers.

It was an amazing experience and I got more out of it then I could have possibly hoped for.

I spent time hanging out with some incredible people and ultimately walked away with fluency in Irish that attracted attention from several newspapers and radio stations in Australia and Ireland.

And it was only the start.

In 2013 I aim to drive my Irish up to higher level and sit a TEG (CEFR) exam, as well as revisiting the Gaeltacht for more practice.

I wrote this as a guest post for The Everyday Language Learner blog (now defunct) originally.

This is where my heart is.

There’s an overwhelming abundance of material online for popular ‘mainstream’ languages (Romance languages, German, Russian, Mandarin, etc.) – so much so that the problem for most people is deciding which resources to use.

Meanwhile, thousands of languages around the world are quickly vanishing along with the culture and traditions that are attached to them which should shame all of us.

More needs to be done.

Here I outlined a few very practical ideas for people who are struggling to find resources to learn languages like this.

That’s it! I hope you have an awesome New Year celebration and enjoy time with friends and family (don’t drink too much :)).

What are your language/travel goals for 2013?

Now’s a good time for you to start thinking about what you hope to achieve with your target language/s in the new year.