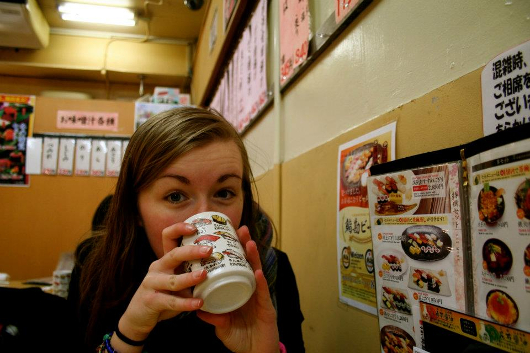 Today you get to hear from Lindsay who has an awesome language learning blog called Lindsay Does Languages.

Lindsay’s a high-energy, polyglot blogger/vlogger from the UK who’s studying a degree in Modern Languages and teaching online through italki. 🙂

She has lots of experience learning different languages and is currently tackling Japanese while sharing her progress online.

Clearly, I’m not him.

I’m Lindsay and I blog about languages over at Lindsay Does Languages. Nice to meet you.

If you’re a reader of my blog then you might be aware that I’ve recently started learning Japanese. Exciting! I’d been keen to learn Japanese for a few years now.

So why did I put it off?

I’m pretty sure that even though I wouldn’t admit it beforehand, a big reason was the different script. Shh! Don’t tell anyone! But you know what? Learning a language with a different script actually isn’t as bad as you might think at first.

Today I want to tell you why I’ve decided this and how I’m dealing with it for Japanese.

The Comfort Blanket they call the Latin Alphabet 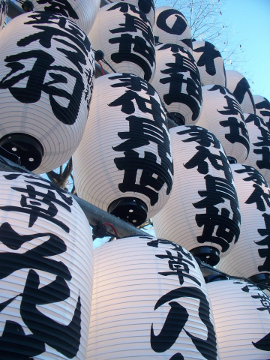 My language learning began with French in primary school, Spanish in secondary school, and a flurry of Romance and Germanic languages since then.

I did a one year Mandarin course with my University in my first year way back in 2009. Nowadays my spoken Mandarin is hella rusty, and my written Mandarin? Rubbish! You see, I made the mistake that because French and Spanish had come pretty naturally, Mandarin would flow into my brain too, almost effortlessly.

I did alright, I passed, I went to China and spoke Chinese, but I don’t remember all of what I studied.

When I look back, expecting the Mandarin to just make sense didn’t make sense! There was an extra step to the learning process that I’d failed to make the effort with. I read the pinyin for far too long and I spent no time learning characters. At the same time as my Mandarin course, I did an Italian course. I HATED the Italian course with a passion. It was a small black and white book and chapter one on ordering a coffee was followed by chapter two on ordering a beer. I don’t drink coffee and I don’t drink beer.

You can imagine how incredibly engaging I found the course.

Oh yes, and the guy on the CD? I’ve never been so patronised. I could almost see the Chelsea boy flicking his fringe out of his face as he spoke down to me with his “I already speak Italian. I can’t believe you don’t” voice. Eugh. At the time I was young enough and naïve enough to believe that the course would teach me, so I didn’t bother finding other methods to use outside of my course materials. I know, slapped wrist. After the first flush, I spent barely any time studying Italian but can you guess what happened? My Italian grades blew my Mandarin ones out of the water.

Italian flowed into my brain the way I had hoped Mandarin would too.

I look back at my 20 year old self now and want to be able to tell her, “Hey! Put in more effort with the Mandarin! This could be something amazing! Take it!”. Alas, of course, I’m not Dr Who, I can’t really do that.

My 20 year old self wasn’t all bad by the way – I did buy a tortoise that year. Best. Decision. Ever.

Anyway, back to the languages… It was this experience that made me focus my attention on German, Portuguese, and Dutch before attempting another language with a different script. It was comforting to improve so quickly in new languages.

Why swap the comfort blanket of the Latin alphabet for another awkward failed effort in a language with a different script?

My efforts learning Italian, German, Portuguese, and Dutch have always been less than French and Spanish.

Partly because I use French and Spanish for work!

Partly because I wasn’t challenging myself.

If I was going to learn another language, it was going to have to be different in some way. Japanese was perfect.

But if I’d always been so wary, what had changed?

Well, the way I look at it in my case, is that through learning all those languages mostly myself and not with books telling me how to order a coffee and a beer, I’d learnt more about how to learn a language. How I best learn vocabulary, what helps me to understand grammar, ways to teach myself verb conjugations, time management, motivation – all essential language learning skills that, in my experience, only you can teach yourself.

I wanted to test those new skills on a completely different language: Japanese!

Since I’ve started Japanese, there’s a couple of things I’ve realised about learning a language with a different script that actually work in your favour:

Less likely for confusion between your native language…

…as long as your native language doesn’t use the same script!

I’ve constantly found myself getting a little tongue tied between similar European languages but so far I’ve had no troubles with this in Japanese and I think one reason is that it’s so different that mixing stuff up becomes less likely.

This is obviously a bonus.

I don’t know about you but when I start learning a new language there’s a first flush.

A little excited bit of time when everything is rosy and happy and motivated. You and your language are inseparable, you’ve never met another that understands you like this one, and you want to be together forever.

Do you get that?

Well, take advantage of that and spend some of the early days learning a script and you might just find that those big fluttery eyelashes hang around a tad longer.

I’ve found that learning the hiragana and katakana (and now kanji) alongside the first steps in speaking and understanding Japanese has made it more interesting. I hear a new word, I can write it down in romaji and then try my hand at my newly learnt characters to spell it out.

And when I get it right? Ooo, how exciting! 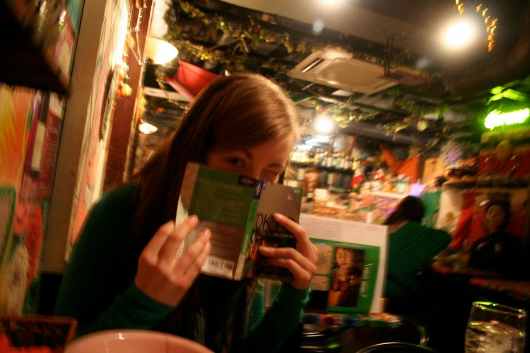 But it’s not just writing those simple first words!

Reading things in a language with a different script (replace that with “spotting characters in Japanese” and you’re at my current level) is more rewarding when you know you’ve spent extra time and effort learning the script.

I love picking up Japanese books, stopping in the street to read menus, or finding something online and picking out the kana and kanji I know already!

I have no idea of the whole sense of what I’m reading at all but even before that stage I’m feeling proud that I can use what I’ve learnt. Imagine being able to actually read the whole menu or book – that must be amazing.

For me, that’s a huge motivation to keep going.

I read all the time.

I can’t walk past a library. I have to go in and admire their travel and language sections otherwise my eye begins to twitch.

Ok, so I made up the last bit.

Regardless, a lot of people don’t actually learn a language with the intention of reading or writing – they just want to speak. If this is you, then have you considered a language with a different script?

Who knows – you may even find some aspects of the language easier to understand than a similar language to yours. I can only speak for Japanese here really, as I’ve found speaking easier than in other languages I’ve studied.

Of course, different languages may have tones or other things to learn about pronunciation that don’t exist in your own language, but then that kind of fits with what I’ve been leading to say about why learning a language with a different script doesn’t have to be as scary as you think – embrace it, don’t shy away from it!

So I guess what I’m trying to say is…

From my babbling about Japanese so far in this post, I could probably summarise everything in this sentence: Treat learning the script as another enjoyable stage in the process rather than expect it to sink in and you’ll nail it.

I think that’s what I want to say here.

The different script of a language doesn’t have to be a frustrating extra thing to learn. Nope!

But more than that: something else to fall in love with about your new language.

Have you every learnt a language with a different script to your native one? How did you find the process?

I’d love to read your thoughts on this in the comments!

This was written by Lindsay Dow.

Comments: If you’ve got something you’d like to add to this or some constructive criticism you can do that at the bottom of this page. Just please be respectful. Any abusive or nonsensical comments will be deleted.