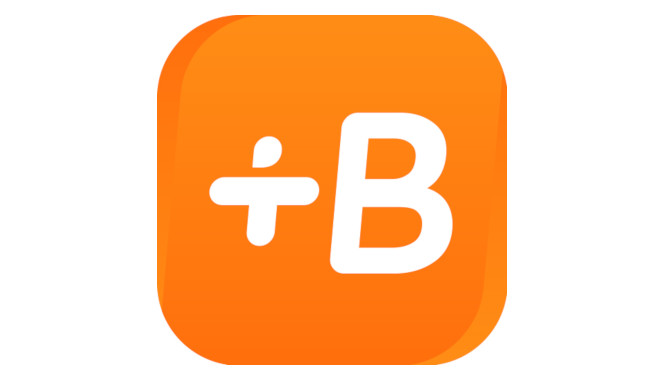 This Babbel review has been a long time in the making.


If you spend any amount of time watching TV, language-related content on YouTube, or browsing language sites and blogs, you’re pretty much guaranteed to see ads for Babbel (and reviews).

UPDATE: For a quality alternative to Babbel in most major languages, I recommend this audio course.

Every time I hear of Babbel now, I immediately think of that bearded hipster from Manchester.

In fact, I was mostly unaware of its existence until my wife commented one day, “Have you used this Babbel app?”

To which she responded, “It’s always on TV so it must be pretty good.”

For someone like my wife who isn’t familiar with all that’s happening the world of language learning, their marketing obviously works.

Babbel’s become an enormously popular web and mobile app for learning languages with an interface and style somewhat reminiscent of (but very different to) Duolingo (see below).

Perhaps not as much of a household name like Rosetta Stone or Pimsleur, but certainly not far off.

I decided to take some time this week to put together a Babbel review, the company’s history and how it all works.

Most importantly, I wanted to find out just how effective it is as a learning tool and whether or not it lives up to the claims it makes in its effective marketing.

In a hurry? You can jump to the different sections here:

A note on Duolingo and how it compares to Babbel

One of the things you’ll hear a lot (especially in Babbel reviews) is that Babbel and Duolingo are competitors (in fact, a lot of people come here searching for Babbel vs Duolingo!).

There’s really no real comparison in my opinion.

I’ve talked at length about Duolingo and Rosetta Stone before which are also often compared, and the main point I made is the fundamental difference between buying a product and being the product.

Duolingo has made a killing out of selling your translations (every time you translate something in their app, it’s sold to companies like CNN).

The company was founded by the same guy who invented reCAPTCHA (which gets you to type in text you see or match images when you log in to various sites which are also sold).

They operate entirely off paid subscriptions (which according to Scottish Equity Partners), recently hit the 2 million mark.

That’s a lot of paid subscriptions!

Other points of major divergence between Duolingo and Babbel:

1. Babbel, unlike Duolingo, does not have ‘crowd-sourced’ language content.

This means that Babbel’s courses are intentionally designed and created by their own educators and linguists.

Duolingo relies on volunteer contributors who oversee course creation and moderation. This is one reason Duolingo is notorious for bizarre, impractical translations.

Duolingo is free if you don’t mind having your translations sold.

3. Duolingo has significantly less content and depth compared to Babbel.

Babbel has clearly invested more time and money into the fewer languages they cover.

4. In Duolingo’s favor, it has a much more active and vibrant community of learners (do doubt because it’s freely accessible).

The Duolingo forum is enormous and full of learner activity.

So it’s important to remember that you’re dealing with two very different platforms that have different aims and a totally different business model.

I’ve never been fan of Duolingo personally and regard it as more of a procrastination app with courses created by hobbyists than a serious, educational platform in the language sphere.

Babbel alternatives that are similar in style

I’ve already mentioned Duolingo which is the obvious alternative.

In terms of other apps that are very similar in style to Babbel, I’d recommend taking a look at Mondly.

It’s not exactly the same as Babbel but it offers more language options and has a very nice user interface.

I’ve used it for Greek and found it very useful in my own study (but I would not recommend Mondly for Arabic).

Babbel does a fairly good job at one of the more difficult aspects of putting a language app together: learning paths.

When you have a course or program with tonnes of content like Babbel has, it can be a real challenge arranging this in a way that creates an easy flow for users of all levels.

This is an issue we’ve been trying to tackle with our site, TalkInArabic.com.

However, I tried out the Russian edition of Babbel and found the structure and navigation a little confusing at times.

They use a placement quiz to help you find out where you’re at which helps you get started.

But for Russian, there’s nothing beyond the Beginner content and navigating to the lessons within the Beginner course was harder than it needed to be.

I found myself asking, “Is this it?”

I wasn’t sure if I was missing something.

There’s obviously a lot more for the other languages like Spanish and German (which have courses up to Advanced). As expected from a German company, German is definitely better-stocked.

Once you select a lesson, you set up your microphone (if you decide to use their speech recognition component — see below) and then start learning.

I’m not going to go into the specific aspects of the lessons since it’s all available for free trial but I’ll sum it like this:

Most of Babbel consists of fill-in-the-blank exercises, matching words to images and repeating words into the microphone.

That’s basically a Babbel review in a nutshell.

Much like Duolingo, some key vocab is introduced with images that you need to match words or phrases to, and then different variations of comprehension and pronunciation exercises are given.

One thing that’s different is the inclusion of grammar exercises where you’re tasked with filling-in-the-blank on a grammar table.

Since my belief is that you don’t need to study grammar in order to speak a foreign language, I still see this as a mostly pointless inclusion though to be honest.

What Babbel does well is forcing you to review what you’ve covered and I feel this reinforces the content of each lesson well.

For Russian specifically, I found that Babbel did a decent job of teaching Cyrillic too in the Newcomer course and the Russian pronunciation that’s used throughout the entire course is very clear and easy to listen to.

I suppose you would expect this to be the case with an app like Babbel.

Particularly for Russian which only has Beginner and ‘Newcomer’ courses, but true for all languages on their platform, there isn’t a whole lot for higher-level learners.

I feel like Babbel’s missing out on a good opportunity here and a large chunk of the market.

For a learner like myself with a solid foundation in Russian, I’d happily pay for a service like Babbel if I could use it for Intermediate content.

Speech recognition technology has generally come a long way over the past few years.

Babbel has developed its own speech recognition system.

The program listens to your voice and then compares it to their own native speaker samples for instant feedback.

According to its developer, it’s browser-based which means that it doesn’t require server or API calls to check your pronunciation (not that this matters much to the end user but it just means that the app is able to work faster — which is good because the rest of the app is incredibly slow loading).

I’ve reviewed and tested it out with Russian and found it works quite well.

I usually don’t recommend relying on speech recognition software as it’s never going to be 100% accurate (RS often gives wrong feedback for instance). You’re always better off jumping on italki and getting natural feedback from a human (read my full italki review).

But for what it does, I think Babbel has developed a quality speech recognition component.

Babbel has very competitive pricing which I think is great (even better if you use a Babbel coupon).

It’s priced around $13 a month ($7 if you go for an annual subscription). There are also 3 and 6 month options too.

This low pricing probably explains why they have millions of paid subscribers to their app.

Of course, since Duolingo is considered a competitor and is ‘free’, it makes sense that Babbel wouldn’t want to price themselves too high.

If you compare this to other SaaS language services (e.g. Glossika), you’ll see how affordable Babbel has been able to stay.

Apps like Babbel will never compare to authentic language practice

I feel like this should be a very obvious point but I’ll make it anyway.

The problem with programs like Babbel and Rosetta Stone is that they’re marketed as a be-all solution to language learning.

Their target demographic are people who generally haven’t got a clue about learning a foreign language and want to have their hands held through the entire process – usually without the pressure of human interaction.

Of course, you can’t learn your target language to fluency by playing tedious games on an app.

I often see comments from people online who say things like:

“I finished the entire French Duolingo course. Now what do I do?”

Umm… how about you go outside and actually use it?

Even though Babbel employs experts, educators and linguists to help polish their program, it’s just that – a program.

Use it as a supplement to actual practice.

Don’t know anyone to practice with? See if you can find someone on italki.

Just don’t rely solely on Babbel or anything else to get you to the goal you’re aiming for.

Review summary: Is Babbel worth the money?

Babbel may be useful as a supplemental resource but be cautious of well-marketed hype.

If you’re after a frank summary of my experience using Babbel in this review, here it is:

It’s far better and more professional than Duolingo by a long shot (for the languages it covers) but I would only ever use it as a supplemental resource.

Babbel, like Duolingo, is a procrastinator’s course for the most part.

What Babbel has in its favor compared to Duolingo is that its course content is created by educators and linguists rather than crowd-sourced.

But you’re not going to learn how to effectively and naturally communicate with people by clicking around a gamified web app, matching pictures and filling in the blanks.

That’s not to say these activities are harmful or wasteful – they can certainly help.

But you’d be better off taking inexpensive lessons on italki combined with a quality book or resource for the language you’re learning and an abundance of free media content on YouTube.

Have you used Babbel before?