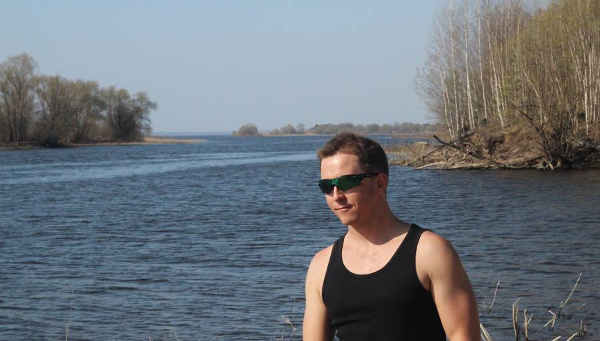 This is a photo taken at the Volga River in Kazan, Russia recently camping with my Russian friends (none of whom speak any English!).

I dislike gimmicks as much as you do but if you want some genuine advice on how to master at least 20% of every conversation in any target language then keep reading.

I’m open, as always, to your input so feel free to comment below.

How corpus linguistics can help accelerate your language learning

Have a look at these words:

According to the Oxford English Corpus, these are the 100 most common words (derived from their database of texts) in the English language.

A quick glance at this list is enough to know these words can’t really be used to have any real meaningful conversation on their own, but you use all or most of them every day in nearly all of your interactions with other people.

They “fill” the gaps of your dialogue and act as a kind of framework for all the other terms you use.

It doesn’t matter how easy or advanced the conversation level is either – these words are absolutely crucial to our conversations. If a couple of thousand words is all that’s needed to communicate on most general topics, then learning the most foundational ~100 words is a huge step toward that goal.

And that few vocabulary doesn’t take long to learn either.

The article mentioned above quotes Peter Howarth (of Leeds University) as saying:

“It’s a ridiculously small number, you could learn 100 words in a couple of days, particularly when you’re in the country surrounded by the language.”

Every language has a list of common words like this (despite some language variations with some terms that don’t have equivalents, e.g. definite articles in Mandarin).

Here’s a similar list for French so you can see what I mean:

Thanks to corpus linguistics, word frequency data like this is available for a lot of languages.

Sometimes you’ll find that one of these English words has an affix equivalent in another language, e.g. the = al- in Arabic, but the frequency is still generally the same across the board (I’d like to hear your own thoughts on this in the comments section below).

Now, whether your goal is conversation or just to be able to read foreign text, common terms like this should be your priority.

I usually start immediately with this vocabulary and worry about vocabulary for household items, travel, family, etc. later on as the need arises.

If you can hit up this core vocabulary immediately, you’ll find yourself able to tackle written and spoken dialogue a lot faster, for the simple reason that you’ll encounter these words in almost every instance.

A predictably obvious option here is to create a custom set of flashcards in AnkiSRS and learn the 100 most common words in your target language through spaced repetition.

I’ll give you one of my own methods as an alternative.

How to learn a language through gradual gap fill

I like to use real, native-speaker dialogue from the very beginning when I learn a language.

Music and slowed, turn-based conversation snippets (the kind that come with most self-learning books) can be helpful but I’m a firm believer in sticking with natural conversation from the start because that’s what you’re aiming for.

I’m not interested in unnaturally simplified or non-native conversation.

So take a video from YouTube or an audio clip from a language course (Rocket‘s an ideal resource for this) and start out with a single word on your list (either obtained from a corpus list or self-compiled).

Let’s say you take the word pour (for).

Play the clip through multiple times listening only for pour and ignoring everything else. Then take the next word like mais (but) for example and listen carefully to the clip for occurrences of both mais and pour, blocking the rest out again.

Continue doing this for your entire list of core words.

Here’s something of a visualization of what you’d be listening for with the first two words:

Not the best visualization but hopefully you see what I mean!

With plenty of listening you build it up so you’ve trained your ears to quickly recognize these core words.

If you can catch and understand these core words, you’ve already mastered at least 20% of the dialogue or conversation.

You start out with one and after a while you’ve filled a lot of gaps with those common words.

Recognizing them in a conversation becomes a lot easier (I’m still struggling with Irish but I catch a lot of these core words immediately even though I don’t yet understand the rest). The other advantage to listening like this is that you’re working on your comprehension skills at the same time.

If you’re at a higher level you can use this exercise with a more advanced vocabulary list too.

Just make sure that the clip you’re listening to is related to the vocab list you’ve got so that you’re guaranteed to get good exposure to the words on your list (e.g. listen to a sports commentary if the list contains related verbs like hit, kick, run, goal, etc.).

Don’t get bogged down by grammar and different word forms for this exercise.

Just concentrate on root forms so you can recognize it when you hear it.

The thing about core words is that no matter what you listen to or read, you’re guaranteed to encounter them frequently so make sure to learn them early.