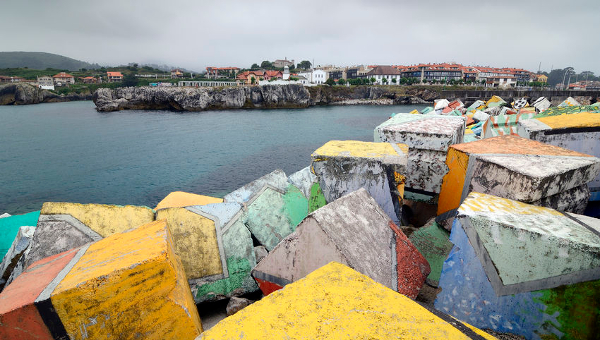 This is a guest post by Jared Romey of SpeakingLatino.com.

Jared is the go-to guy for anyone learning or considering learning Spanish, and he’ll blow you away with how much he knows about the Latin American varieties of the language.

He has a fantastic website with insight and knowledge of the Spanish language that I’m sure you won’t find anywhere else online.

If you’re a hardcore Spanish learner or intending to travel to certain parts of Latin America, Jared’s also authored dialect-specific grammar and speaking guides (paperback and Kindle) that have received some great reviews on Amazon.

Make sure to check them out.

Jared Romey in his own words:

“Suffering a typical 9-5 existence, my foray into lunch-hour Spanish shook up my mundane life.

I quit my job, stopped by briefly to school, and then left my country…for 14 years.  Early stumblings in Real-World Spanish taught me that a cola isn’t just a soft drink, bicho doesn’t always mean a bug, and boludo may be heartfelt or middle-finger felt.

Nine Spanish-speaking countries, three startups, two bestsellers and a Puerto Rican wife later I am still confounded by how many Spanish words exist for ‘panties.’

My quest is to discover all those words.”

Here’s the thing about learning Spanish:

Most teachers lie to you from the first day.

Hola bursts through their lips. It may be implicit lying, but they have hidden the truth. And not the little-white-lie type of lie. It is a major, life-threatening kind of lie. You see, they claim they will teach you Spanish.

“It will take time for you to learn…You may never speak like a native…verb conjugations are difficult…for native English speakers, masculine and feminine nouns will be tough.”

Partial truths are the best way to skillfully lie.

But they leave out the most important truth. The one real truth.

If you have already started learning Spanish, you may have even felt they were lying to you.

Did you ever ask how to say cake? Maybe when it was someone’s birthday in class? Maybe just because you can’t resist a chocolate cake and want to know how to order one for your first abroad visit “in country.”

Four simple letters to translate and even if the teacher answered, it was a lie.

Your teacher lied right to your face. Did they tell you that cake translated as bizcocho, queque, torta, pastel or some other word? Well which was it?

And just when they answered, you felt something wrong. The teacher perhaps hesitated before answering or maybe even stammered “It depends, but generally you say…”

In that instant, you knew you were right. Something was wrong. They hid the real truth.

So here the matrix reveals the real truth.

All those words mean cake. Yep, every single one. It’s just that each means cake in a different country.

You got it. You bet.

Spanish is not one language with one translation from English to Spanish. It is several. The vocabulary changes so much, it may not be useful as you switch countries.

It goes both ways:

Spanish changes from one country to the next

Step from Chile to Argentina and sure you will be understood.

Until you are not.

All useless when you cross the border.

The truth is that Spanish changes so much from one country to another that some vocabulary you learned may not help.

One solution to this is to use a matrix of Spanish comparisons:

How I find Spanish teachers, tutors and conversation partners to teach specific dialect variations like these

These days it couldn’t be easier to find the right person to practice with or learn Spanish from.

From anywhere in the world, you can use the popular service italki to find native Spanish speakers to learn from.

There are literally hundreds of teachers, tutors and conversation partners on their site from all over the Spanish-speaking world. Many of them even charge less than $10 an hour to give you personalised help with your Spanish.

Here’s where it gets incredibly useful: you can select by country which means that if you’re learning, say Argentinian Spanish, you go to ‘Find a Teacher’ then select Spanish -> From Argentina and it’ll display a list of local Argentinian speakers.

You then select a convenient time for both of you and that’s it.

This is an amazing tool for learning all the nuanced expressions and vocabulary differences in Spanish.

If you do make an italki account here, they’ll give you a free Spanish lesson too.