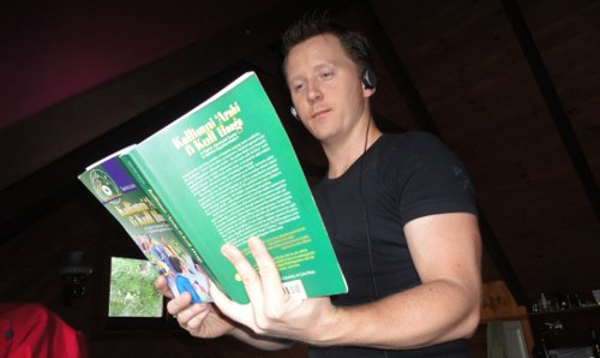 In my time traveling and living abroad in many different countries it’s always bugged me when I’ve met expats with shamefully bad pronunciation despite them having a good level of fluency in the local language.

These people usually employ the phonetics of their own language for their target language (e.g. not bothering to roll their ‘R’, using English vowels instead of guttural consonants or monotone pronunciation of tonal languages).

I remember meeting an Australian couple years ago in North Africa who had spent most of their adult lives living in the Middle East as teachers (for 20+ years) with an incredibly high academic level of Arabic and yet when they spoke it was like listening to somebody insert something up the arse of a cat.

It was an ordeal to listen to despite me being impressed by their excellent command of the language.

There’s no excuse for it.

Don’t race ahead until you get the sounds right

At the very beginning of my journey with Arabic back in my late teens, I started attending free group lessons in Classical and Levantine Arabic with a Palestinian teacher and about 5 other students of various ages at the same beginner level as myself.

Once or twice a week we’d go to this guy’s house and sit around his lounge room while he taught us how to speak and read.

He wasn’t qualified or trained by any means to teach language, but he was phenomenally good at teaching Arabic and set a strong foundation that’s stayed with me for nearly 10 years.

One of the things that I’m indebted to him for is my Arabic pronunciation.

You see, the other students at the time weren’t interested in accent or pronunciation. They spent a single lesson on the sounds and then wanted to quickly progress straight on to the grammar and travel phrases, whereas I spent 3 solid months trying to get it spot on.

I wasn’t satisfied with sounding like a tourist with survival Arabic, I wanted to sound like a native-born Arab.

This guy was patient enough to help me work on my accent to the point where now, in my late 20’s, I sometimes astound natives with my pronunciation.

I’ve had Arabs tell me that my accent’s better than most 2nd generation bilingual Arabs living in Australia. There’ll always be times when my accent gets sloppy but for the most part it’s excellent and it’s because I took the time to get it right in the beginning.

My accent level varies with my weaker languages but for all of them I’ve taken extra time to work solely on pronunciation and it’s made a big difference.

If accent is important to you, take the time to just listen to natural conversation and repeat what’s being said (don’t worry too much about music and audio books with slowed speech for this exercise).

A lot of language books come with a pronunciation key at the start like this Russian book of mine:

These can be helpful but I usually find them confusing and prefer to just listen to dialogue to get the sounds right myself.

Start out practicing the individual vowels and consonants but remember that they often change when used in connected speech through assimilation, deletion, etc. (e.g. in Australian English, we don’t say “better” – we say “bedda”) so it’s good to practice the letters in context and pay attention to dialect variation in your target language.

Listen to the variations in pronunciation depending on the placement of a letter.

A letter might sound different at the beginning of a word than it does say, in the middle between two consonants or the end of a word. 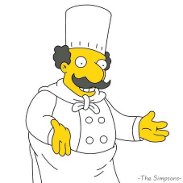 Remember Luigi from The Simpsons? He’s the cook with the highly exaggerated, stereotypical Italian accent. These linguistic stereotypes exist for a reason – languages have distinctive sound patterns/melodies. The Italian melody is so familiar to most people that this linguistic stereotype (usually depicted by adding “a” on the end of most words – i.e. “what’sa matter witha you’a?”) is instantly recognizable as Italian to pretty much everybody.

Your target language has a melody just like this and it’s up to you to, the learner, to learn and incorporate that melody into your pronunciation.

One of the things that sets my Egyptian Arabic skills apart is that I’ve learned by repeated exposure and imitation over time how to speak the melody of the Egyptian dialect – when to raise and lower my voice, when to use long, drawn out vowels or shortened vowels, how and when to adjust speed etc.

The couple that I mentioned at the top haven’t bothered to do this and that’s why they sound terrible.

Last and very important piece of advice: Make sure you get the accent right early.

Don’t leave it till later because your crappy accent will fossilize and become a difficult habit to break later on.