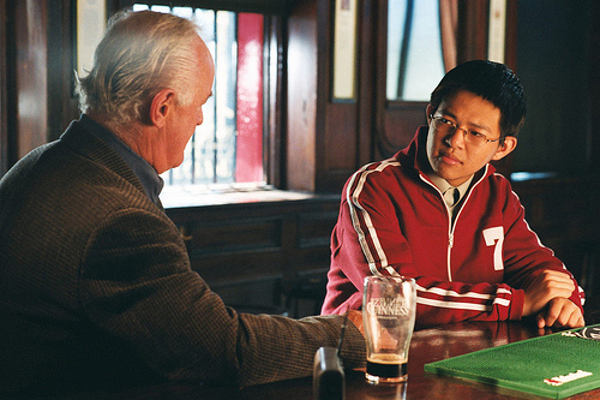 UPDATE: I’ve put together a huge list of the best resources available for learning Irish which has been hugely popular with Irish learners.

Check it out here.

Ah… another video. This one won’t be an ordeal like the one I made for my last post don’t worry!

I wanted to quickly share with you the most moving language-related video I’ve ever seen.

Although it was made in 2003 and is therefore well and truly yesterday’s news, Yu Ming Is Ainm Dom is still entirely relevant and hard-hitting for people interested in language revival and specifically Irish.

As my readers know, I started teaching myself Irish recently [UPDATE: I successfully learned Irish fluently in 9 months. Check it out.] using what’s available online and just this week I heard about Yu Ming through the EasyIrish.com free podcast series.

To sum up the story for those who haven’t heard of it, it’s about a young Chinese guy who gets sick of living in China and decides to travel, randomly picking Ireland as his destination. He finds out that Irish (Gaeilge) is the national language so he teaches himself the language fluently.

After arriving in Ireland he discovers that every indigenous Irish person he comes in contact with can’t understand him.

The whole point of this short film is to draw attention to the widespread neglect of the Irish language by the Irish people – one of the main reasons why I want to learn it.

In the world, approximately 6,000 languages are spoken…
…of which only about 600 are confidently expected to survive this century.  – MIT Department of Linguistics and Philosophy