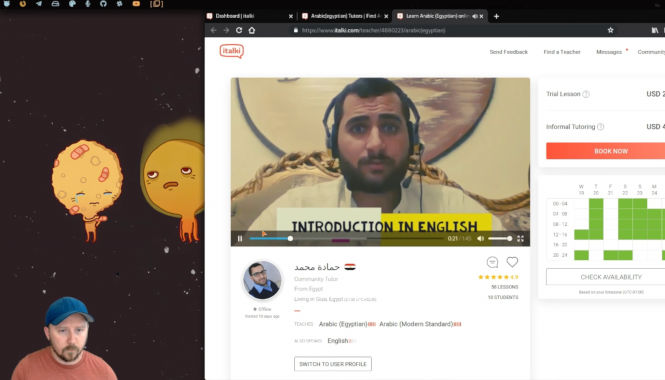 Okay, so this is not going to be a popular topic I’m sure.

There’s something that’s been bothering me for a long time – years, in fact.

I’ll explain what it is in just a moment.

But first, we really are in a lucky time when it comes to the accessibility of language teachers and practice partners.

The same can be said for all kinds of freelance labor (i.e. Upwork).

When I started this blog around 8 years ago, it was legitimately challenging just to find someone to speak to in a target language.

For some languages, practice just wasn’t even an option.

Back when I started my Irish mission, I searched high and low where I lived for native speakers (even learners) to practice with and had zero luck (I had to travel from Australia to Ireland just to get some practice!).

These days you have access to teachers in just about every language you can think of. A few clicks and a few bucks is all it takes.

We’re seriously luckier than we realize.

What’s a language teacher worth to you?

So here’s the issue.

If you browse through the lists of teachers on italki for instance, you’ll find many teachers and community tutors pricing themselves at totally undignified rates.

I wouldn’t even bend over to pick that up in the street!

Now, imagine offering that kind of money to a university qualified teacher in America, Australia or the UK.

They’d be insulted by it or think you were joking.

I realize that I probably sound like I’m virtue signalling by bringing this up but I think it’s at least worthy of a discussion.

Just because they offer it, doesn’t you mean you have to take it

“If they price themselves low, then that’s what they want and it’s not wrong to accept it.”

I don’t agree with this at all.

It sounds like an attempt to absolve yourself of responsibility or care.

Two things I want to point out:

It’s not necessarily that they want that amount of money.

You have to wonder if they’re comparing themselves to European language teachers (charging high double digits) and wondering how they could ever price themselves the same way.

Even if they wanted to, competition from their own countrymen would make it impossible.

Especially when we’re happy to oblige.

Remember: just because someone offers you something undignified, doesn’t automatically absolve you of responsibility.

I don’t actually know if italki has a tipping option in place currently.

I’ve seen it suggested in forums by other people.

This would be a really great feature to highlight in my opinion – a way to show undervalued teachers that you appreciate the work they do.

If someone’s pricing themselves too low and you’re able to afford higher, you should have the option to pay more.

Or they could introduce a ‘minimum cap’ but that might make the platforms less appealing and stifle market competition in the end.

What do you think?