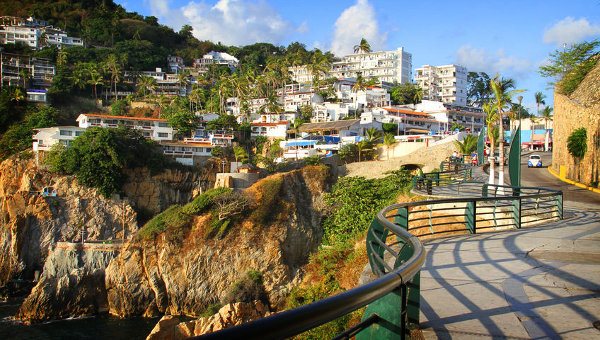 Ray was born in the Philippines and grew up in Istanbul, Turkey. He’s volunteered with the U.S. Peace Corps in Mexico working in the heavily indigenous area of Chiapas.

He went on marry his Spanish teacher – Laura – and stayed in Mexico to start a chain of successful brick and mortar language schools, and they eventually went on to start Live Lingua which they now run exclusively.

Moving to another country is intimidating, especially if you don’t speak the language.

While there are many internationally recognized hand gestures and notions, living somewhere is going to require a more personable approach.

Where should you start?

What is the best way forward to reach a communicable level in your new home?

When I first joined the US Peace Corps as a volunteer in Mexico, I had to be able to speak Spanish and effectively interact with the community on a daily basis.
This was in the early 2000’s.

Back then, there weren’t nearly as many resources available online to help with language learning for relocation. What was available rarely sufficed, typically because it wasn’t thorough enough.

Luckily, that has all changed now.

These days it’s possible to take advantage of literally thousands of free language learning resources online (you’re on one of the best websites for this right now!). As you’ll find out, some are better than others. Many are directed at specific situations.

No matter where you’re moving, the process will be made much smoother by being able to effectively communicate with the population there.

My wife Laura and I founded a brick and mortar language school in Mexico in 2008.

After 4 years we sold the physical school and took all of our material online. Being in this industry for nearly a decade, I’ve come across a number of great free resources for language learners moving to another country. Donovan is kind enough to let me share them here.

I’ve broken this down into 3 categories and listed the techniques and/or best free resources for language learning in each category.

Whether digital or in-person, the most effective way to learn is through actual contact and conversation with language.

This can be through a head first dive, but typically a more practiced approach built from the ground up is more effective. Start early, with a focus on vocabulary, conjugation, and sentence structure.

No matter what hip trends may be taking over online language learning spheres this year, there are a few basic rules of thumb that will never go away.

I’ve lived all over the world, and no matter the language, it comes down to incorporating discipline from other prioritized areas of your life and working that into your language practice.

It takes an entrepreneurial spirit: nothing is going to happen unless you make it happen.

Motivation comes from your desire to be in a better place and be a better person.

Here are a few websites to help with this:

By understanding how speech is formed and has evolved over time, particularly in relation to a specific language or group of languages, the process of speaking a new tongue is more easily comprehended.

Because understanding speech is one of the toughest parts of interaction with native speakers, many scholarly language types highly encourage an understanding of phonetics.

Seeing Speech is a great place to grasp a basic understanding.

If you’re a nerd like me and like to dive in to heavy reading, Routledge has an in-depth PDF available free.

Flowently‘s program of pairing a learner up with a native speaker for activities such as visiting a museum, going to a restaurant, or shopping is as innovative as it is imaginative.

I love it – the mere process of participating in their system takes language learners over the huge initial hurdle of productively engaging with a native speaker.

My wife Laura and I founded Live Lingua in order to give the digital world a place for classic immersive language lessons that previously were confined to physical language schools.

All of our teachers are native speakers and experienced teachers, providing students with personalized conversation, practice, and tools in the ultimate immersive environment.

When rehearsing vocab, taking a lesson, or touring a country, learn to recognize cognates.

Cognates are words that sound, look, and mean the same thing as they do in your language. They can then be used to identify other words in a sentence.

I’ve found this particularly helpful when it comes to watching television or listening to the radio when in a foreign country.

In the Peace Corps, and this is something I still do when traveling abroad to a new country, I tried to consume as much media as possible (any PCVs know this can be a challenge, depending on where you’re stationed).

When I focused on cognates, I realized that they started to stand out more and more obviously.

There are a number of great tools here, including the Live Lingua Project, which offers free public domain language materials from the Defense Language Institute, the Peace Corps Language Archive, and FSI Language Courses).

We are fortunate to partner/have permission to host these materials so that anyone can learn from over 130 languages regardless of their ability to pay.

Donovan has discussed free apps and services such as Glossika on this website before, and I echo the support there.

Even routine sessions on DuoLingo are great for enhancing memorization efforts with personal practice.

When moving to another country, quick sessions in the morning get your brain flowing for the rest of the day.

The practice of spaced repetition is increasingly common with language learning.

In a nutshell, this refers to lengthening the gap of time between repeat practice of the material. The idea is to help the brain hold on to what has been learned a bit longer.

This is also incredibly helpful for memorization of vocab, pronunciation, and conjugation.

For personal practice, it takes a bit of planning.

I encourage students to plan their practice out a month at a time, with notes for each session.

That way, they can slowly increase the amount of time between repetition sessions and easily stay on a schedule.

If you’re moving to a country rich with diverse local customs and backgrounds, you may encounter languages that aren’t widely spoken.

Think of the reaction you’ll get if you show up with a basic knowledge of key words or phrases and can effectively communicate!

Plus, by gaining even a basic understanding of a rare or endangered language, you’re helping to preserve a piece of human history and culture that the fast-paced modern world seems all too keen on leaving behind.

Endangered languages are a hot point for MezzoGuild founder Donovan Nagel. I feel the same way, which is what first drew me to the site a couple years back.

As a Peace Corps Volunteer and frequent traveler, I’ve interacted with many people who either have or have had a language that is seldom spoken in today’s world as a part of their family’s history.

Or, who regularly interact with those who do.

In addition to those moving to a country where an endangered language is spoken, any family members wishing to keep that language alive often have a tough time finding resources to assist with the process.

Endangeredlanguages.com should be the first stop on the journey of anyone looking to learn about or practice an endangered language.

Many speakers and educators of rare languages have taken to the TED stage to share knowledge, tools, and an oral history of their language.

Here are a few that I’ve found particularly interesting and helpful:

Endangered Languages: Why It Matters by Mandana Seyfeddinipur

And my personal favorite:

The Enduring Voices Project was founded by National Geographic with the goal of recording endangered languages in order to preserve them for future generations.

There are thousands of disappearing languages around the world, and the work of this outlet is hoping to offset their rapid decline.

If you’re interested in helping the local languages of a country you’re moving to, the Enduring Voices is a great project to check out.

Reading up on endangered languages prior to moving

Fortunately, a number of today’s speakers of uncommon languages have taken the time to put thoughts and information to paper or, at the least, to the internet via blogs and online publications.

I particularly like this article by Rachel Nuwer in the BBC – Languages: Why We Must Save Dying Tongues. In it, the author discusses the work of the Living Tongues Institute for Endangered Languages.

She interviews a Cherokee, discusses the dying of the Ewak language in 2008, and offers progressive solutions for moving forward.

The Endangered Languages and Cultures Blog offers many great reads for those relocating to areas with indigenous tribes and cultures.