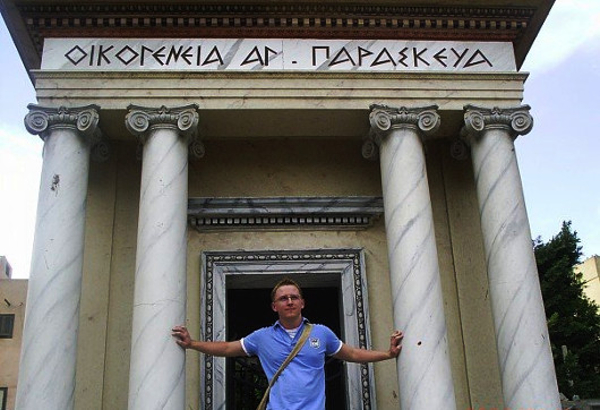 Recently I wrote about how one of the biggest struggles people face when learning another language is finding time (according to many of you who I surveyed).

The response I gave can pretty much be summed up like this:

It doesn’t take into account everyone’s own situation but for many it does.

You know what the second biggest problem people said they face?

The difference between the time issue and the motivation issue is that time isn’t always within our immediate control whereas motivation absolutely is.

If you’ve got any kind of background in education, you may have heard at some point that there are two types of motivation – extrinsic and intrinsic.

Extrinsic is motivation that we get from our environment.

For example if I offer you $100 to pass a test and you pass with flying colors, I’ve used a reward to motivate you to succeed.

Other language-specific extrinsic motivators might be learning a language in order to get a promotion at work or to be able to chat up girls in a bar.

This is the motivation that comes from within ourselves.

In my experience and opinion, some adults are far more similar to kids however.

A lot of people stay mostly extrinsically motivated for certain things their entire lives and in the case of adult language learners, unless there’s a serious extrinsic motivator like getting a job promotion, there just isn’t enough motivation there to do it.

Are you extrinsically or intrinsically motivated to learn a language?

When you hear of polyglots learning their umpteenth language and you’re amazed at how they do it, remember that they’re mostly just intrinsically motivated to learn languages.

They do it because it makes them feel good. They enjoy it.

I have a good friend who buys and collects vintage cars – he has more than he needs and he keeps buying them.

He treats vintage cars the same way I treat languages.

We’re all intrinsically or extrinsically motivated to do different things – everyone’s different.

So really, the first thing you need to do is decide whether or not you’re intrinsically or extrinsically motivated to learn a language.

People who rely on extrinsic motivation are the ones who will struggle the most to find it when learning a language.

The most important word in language learning

Before getting into any serious language study it’s imperative that you ask yourself exactly why you’re doing it.

About 10 years ago I made the decision to study French and Russian simultaneously while taking Ancient Hebrew and Koine Greek translation classes in college at the same time.

I was only working a few hours a week so I convinced myself that I could handle 4 languages at once (on top of all the assignments and exams).

I remember picking up the Yellow Pages one day and phoning a few different Russian and French teachers in the area (before italki existed!) to ask about rates and having two of the teachers ask me the same question up front on the phone – what’s your reason for wanting to learn?

I didn’t have a real reason.

I simply wanted to.

Have a clearly defined purpose for learning the language

With Koine Greek and Ancient Hebrew I had a goal however.

I needed to pass exams and I wanted top grades so I pushed myself hard for over 2 years doing translation and exegesis. The hard work paid off in the end and I learned both languages extremely well.

Even after 5 years of not using them I haven’t lost them.

French and Russian were different. [UPDATE: Since writing this post, I’ve learned Russian fluently and my French is much better than it was.]

I studied both of these languages intensely for 3 months but the interest started to die off after I reached basic competence.

Apart from the interest in languages and wanting to brag about how many languages I can speak, I had no real reason for learning them and in the end I gave up.

If you’re like I was with French and Russian with no solid reason for learning then my advice is to make a reason.

I initially started learning Arabic when I was 18 because I saw some squiggly writing on TV and thought it looked cool.

I had absolutely no purpose and it wasn’t until months later that I started to come up with real reasons for learning it. I’m still pushing myself to achieve advanced learning goals for employment reasons.

If not for employment, come up with another reason to learn your target language.

Set a travel goal or at the very least, aim to broaden your understanding of another culture and make active steps to form new relationships with native speakers.

How to find motivation to learn a language

When I sit down to get something done that’s important to me and motivation wanes, I tell myself this:

There’s nothing on earth more important than what I’m staring at right now.

Put yourself in a zone where language study is do or die.

One of my biggest heroes is Bear Grylls (the British former SAS survivalist guy on Discovery Channel) and I’ve been reading a motivational book of his called A Survival Guide For Life.

He tells a story in his book about a friend of his who had piles of unfinished work that he couldn’t find the motivation to finish. It just kept piling up and he couldn’t bring himself to get through it all.

Then one day one of his friends invited him to Fiji for a holiday but the only way he could possibly go on that holiday was to finish all of his unfinished work.

Bear then goes on to say that his friend smashed it all out in lightning speed.

The trip to Fiji (great extrinsic motivator!) pushed this guy to get absolutely everything done.

He concludes by saying that whenever you struggle with motivation, just go to Fiji. 🙂

The good news for us is that we don’t need to have a holiday to Fiji on the horizon. We can apply the same principle to our own motivation when it comes to language study or anything else by denying ourselves pleasures and rewards until it’s done.

If you’re the kind of person who finds language learning boring and monotonous (ah man, I suppose I should study now :() then you may be learning in a way that makes it boring.

Or you may have been taught a misconception about how languages should be learned which is making you hate the idea of study altogether (see this post).

Routine is a progress killer.

Try doing something completely different for a change.

Instead of going for the same book or tool you use every time you study, use another resource that you don’t usually use for a while. I’m sure that a lot of people take online tools like Duolingo and use them almost exclusively to learn languages which is never a good idea.

Variety is key both to success and sanity.

Let the world hold you to your promises

I wrote about this a while back but here it is again to remind you.

When everyone knows what you’ve set out to do, it’s much harder to quit because of the social pressure involved.

Nobody likes to fail and especially when other people can see it.

In my case about 50,000 strangers visit this site every month, thousands of people read my emails and thousands more read the stuff I say on social media.

That means that when I learn a language and announce it here, I feel pressure to make sure I follow through with it – not because I have anything to prove but simply because I’ve made it known publicly to a lot of people what I’m doing and that alone challenges me to carry through with it all.

If I start getting lazy or losing motivation then all I have to do is look at this blog or open my email account.

UPDATE: I detailed exactly how to create a language blog like mine right here.

But this is a principle that applies to the real world as well as online (in fact much more).

Tell everyone around you (family, friends and colleagues) that you’re learning a language, set a date for when you expect to reach a certain goal and also tell them about that.

Let them hold you to it and remind you constantly.

1. Self rewards and punishments. Deny yourself simple pleasures until the job is done.

3. Have a clearly defined purpose.

4. Seek out social pressure. Hand the whip to people around you who will make sure you follow through.

Hope that helps with your efforts to stay motivated! 🙂