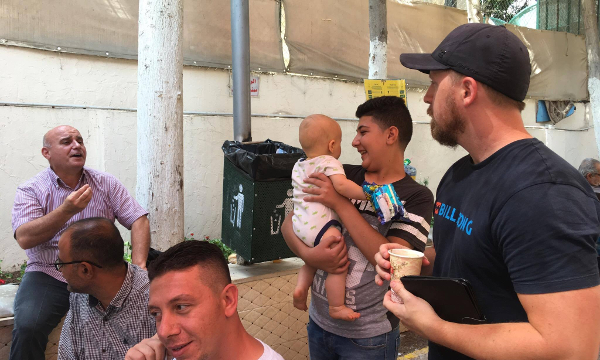 We’ve just returned from our time working with Iraqi and Syrian refugees in Jordan.

In my last post, I shared about some of the observations I’d made doing language immersion in Jordan as a young family for the first time.

We took our 8 month old son with us on his first adventure and it was a very different challenge to what I’m used to.

I found traveling as a family to be more advantageous when meeting people and it really helped us to deepen relationships in ways I was never able to while traveling solo. On top of that, I intimated that I’d experienced some very unique challenges during this trip that have really tested me in more ways than one.

It’s been an exhausting experience! 🙂

Even though Arabic is the language I’m most comfortable with and competent in, I found this trip to be genuinely difficult for a number of reasons (not all linguistic).

I promised to share details on specifically why this is.

So in today’s post I’m going to do that.

Working with Syrian and Iraqi refugees in Jordan

At the end of last year I was put in touch with a ministry in Amman that works closely with Iraqi and Syrian refugees.

Their primary focus is on helping and supporting Iraqi Christians (mostly Assyrians) who were able to escape ISIS.

In case you’re unaware, as one of the oldest Christian communities on earth, these Iraqis have been completely displaced and victim to one of the worst genocidal atrocities in recent memory.

There has been some coverage of this to be fair but it amazes me that it’s never talked about much.

ISIS would enter towns and mark Christian homes as targets with the Arabic letter “ن” which is the first letter in the word “نصراني” (nasrani). 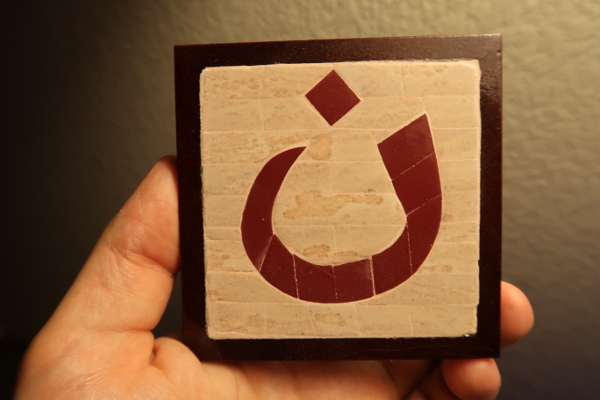 This means ‘Nazarene’ (‘of Nazareth’).

It’s used pejoratively in much the same way that 1st century religious leaders insulted Christians as ‘the sect of the Nazarenes’ :

“For we have found this man a real pest and a fellow who stirs up dissension among all the Jews throughout the world, and a ringleader of the sect of the Nazarenes.” – Acts 24:5

These Iraqis have gone through some horrors that I still can’t even get my head around.

We met with victims of torture, rape, kidnapping, looting and imminent death threats, and learned about their stories. It was a truly humbling and hard experience.

But while now safe, making it to Jordan puts these people in limbo.

They escape – often narrowly – and end up living as a transient underclass while they apply and wait to emigrate somewhere else in the world (the US, Australia or Scandinavia mainly).

For many this wait takes years.

Even though ISIS is mostly defeated now and removed from Mosul, most Assyrians that we spoke to will never go back (as one Iraqi guy told me – ‘You only hear about ISIS on the news but many of the groups are just as bad’).

In Jordan they’re able to live in relative safety.

But as Iraqi refugees, finding a job is pretty much impossible and they’re denied public services like public education for their kids.

The ministry we connected with provides essential services for these people such as schooling, health and dental services, trauma counseling and work through making and selling crafts.

This short but powerful video about one of our new Iraqi friends was put together recently by a church in the US and explains it well:

Arabic conversation challenges with the refugees in Jordan

So you can see why this was a challenging trip for me.

Firstly it was deeply emotional.

We visited homes of families with stories that would shock you.

Stories of young daughters being passed around and raped by ISIS, children being kidnapped, homes being ransacked and burned down, families selling everything they own to buy tickets to Jordan.

Then there are the young kids.

The pictures they draw speak for themselves: 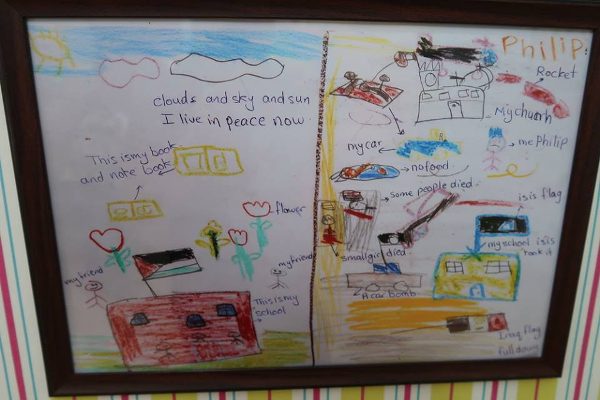 The dialect challenge would have been tough enough on its own but you can imagine how much more difficult it is when you’re fighting back tears hearing this.

A lot of the time, I’d struggle responding.

Not because my Arabic was insufficient but because I literally don’t have words that will make their lives any better. I don’t know how to speak words of encouragement into situations like these that I’ll never understand or relate to.

On a lighter side though, I had some fascinating multi-dialect exchanges.

At times, I’d be communicating with a group of people from Iraq, Syria, Jordan and Egypt – all speaking their own variety of Arabic.

I got such a thrill out of it.

And I’d give myself the added challenge of trying to adjust my own dialect according to the person I was talking to (rather than just speaking Egyptian to everybody as I always have).

Both my Levantine and Iraqi dialect comprehension have improved immensely.

Here are some of our Iraqi friends singing to our son: 🙂

Why I went there (other than to improve my Arabic) 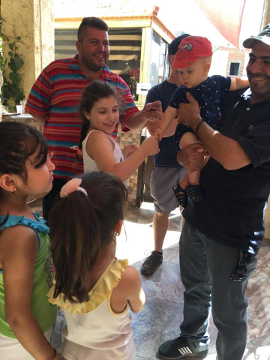 I envisaged TIA as a tool for positive change from the start.

We began the project in Egypt a few years ago with a group of (primarily) refugees from Syria and Sudan, and I then traveled to Jordan and hired some Iraqi refugees.

A lot of what we’ve done on TalkInArabic.com has been with the help of refugees.

What I anticipated in starting this resource was to provide learners around the world with Arabic dialect lessons while at the same time providing opportunities to families in need.

People like you and I want to learn different dialects of Arabic.

So we went back to Jordan this time with the same goal in mind.

The refugees from Iraq and Syria who are in Jordan are in need of work and many of them were highly skilled professionals who love to share their language and culture with other people. I met families who had successful businesses and careers back in their homeland, and then lost it all overnight.

So we were able to hire some of these families to join our team (with much bigger goals in the pipeline).

I should add too that unlike a few other dubious language services that I’m aware of, we endeavour to pay US-equivalent (or better) salaries for the work that these families provide.

So to any of my readers here who have used TalkInArabic.com before, I want you to know who you’ve been supporting.

Our new friends have put together some fantastic Arabic lesson material already that we’ll be starting to add shortly (here). 🙂

So that’s what we’ve been up to in Jordan recently!

Note: I know that the word “refugee” tends to carry a negative connotation these days with a lot of people.

I often find myself having to convince others that the people we met with here are not opportunists. They didn’t leave their homes for any reason other than self-preservation.

I hope that this draws a little more attention to what they have and still experience.

Extra note: I managed to pick up some great new books for Shami and Iraqi Arabic while I was in Jordan which I’ll share in one of my upcoming posts (one of the books I bought seems to be only published and sold in Jordan so I’m trying to get a hold of the publisher first).