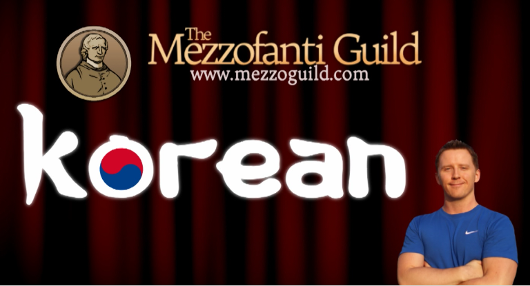 Last September I had a great idea to put together a progress video of me speaking Korean every month during my time in Korea.

As much as I enjoy sharing it with you, it was mainly meant to be a way for me personally to track my gradual improvement in the language – something for me to look back at later on.

It didn’t quite work out the way I’d hoped (for reasons I outlined here) so there’s a bit of a gap sadly since the last video but I’ve finally got the renewed vigour and time that I need to get everything up to date.

Is my current level anything remarkable?

I don’t believe so.

Despite an unexpectedly tough year I did stick with it and pushed myself quite hard. As was the case with Irish, I refrained from studying any grammar until only two months ago (in preparation for TOPIK).

As I’ve said before, you don’t need to study grammar to learn to speak a foreign language and yea I make plenty of mistakes and I’m miles from perfect but that’s natural!

Even if you feel a bit silly doing it! 🙂

I’m a big believer in the benefits of making progress videos like this one and I encourage you to do the same.

You don’t have to make them public like I do but just do it for your own benefit.

It’s very easy to think we’re not improving but when you listen to yourself speaking off-the-cuff (unprepared) like this at different stages, you can start to see how much better you’re getting and the areas you need to work on.

Don’t think about what you’re going to say – just hit record and say the first thing that comes to mind and let it flow out naturally.

You’ll quickly see how much you know (or don’t know) by doing this.

I can hear loads of things I need to improve on just by watching this video now but when I’m with native speakers I don’t always have a chance to stop and take note of things like this.

Back to Korea (briefly)!

I want to bring this language up another notch before I move on to my next project (I’ll be back to regular italki lessons to help me improve in the coming weeks).

Originally I was going to be moving to one of my favourite countries in Europe to learn that language this month (I’ll share more on those plans soon on my Facebook page! ;)) but I’m just a wee bit unsatisfied with my Korean skills as they are.

So back I go for a little while longer. 🙂

Tomorrow I’ll be hitting the road down the east coast of Australia all the way to Melbourne where I’m hoping to get plenty of language practise along the way with lots of interesting people.

I’ll update my Facebook and Twitter quite a bit too so if you’re not already connected with me there, make sure you do!

UPDATE: I never made it back to Korea sadly (long story!). Instead I went to Russia and became fluent in Russian (see here).