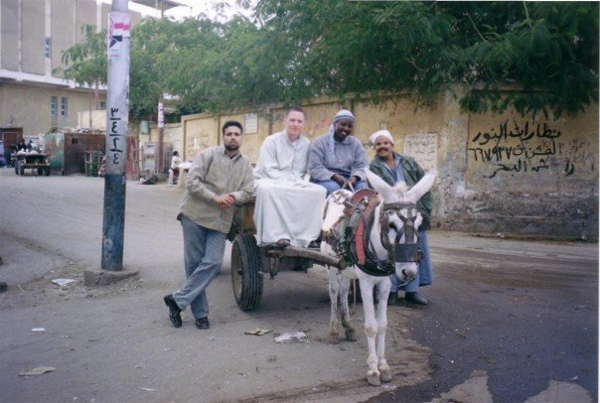 I often say that dismal results in language learning for many people across the board can be blamed primarily on one thing:

That is: too much of an emphasis on studying grammar.

It’s the one aspect of language learning that most of us hate and are turned off by, and yet it’s also the one thing we actually don’t necessarily need to do.

Especially if speaking is the end goal.

Would it surprise you to learn that you don’t need to study grammar at all in order to speak a foreign language? You can achieve a good degree of spoken fluency without ever once opening a grammar book on the language you’re learning. I’ve gone into greater detail about this here and proved it multiple times over recent years with different languages.

So what’s the alternative?

How do you learn a language without studying grammar?

The alternative is what’s natural to us – learning whole expressions and bites of language in context.

I named this process ‘chunking’.

What is ‘chunking’ and how can it help me learn languages?

Imagine you’re a migrant to an English-speaking country who can barely speak a word of English yet and every day out in the street you hear people ask you:

At first you might not really be sure how to respond.

You might make a guess that its a ‘yes or no’ question and reply with “yes” or “no” for example.

After a short while however, you’d notice either by being corrected or by hearing other people answer the same question that “How’s it going?” actually has about the same meaning as “How are you?”

“How’s it going?” is a language chunk or formula.

It’s a phrase, collocation or expression with a specific meaning and a desired outcome.

The individual semantic parts of this chunk (how, ‘s, it, going) have other meanings on their own but as a whole in a particular order they mean something.

We pick up language chunks unanalyzed

So now you’ve learned what the chunk “How’s it going?” means.

You know how to respond to it when asked and you’re getting pretty good at using it whenever you greet people in your neighbourhood.

But you’ve never really broken it down and questioned its grammar or composition.

The key to understanding language chunks is that at first they’re acquired unanalyzed.

You just learn the whole thing without really thinking about it.

You don’t quite know what ‘how’, ‘it’ and ‘going’ mean on their own or in other contexts, and you aren’t able to make new sentences using the same words. An example of this would be the way a young child learns to say “I want…” before they can ever say “He wants” or “Do you want…”

The child just knows that saying “I want” + object will achieve the intended desire – to receive something.

More on this and how it relates to us as adults here.

An example of adult language chunk acquisition in Egypt

The best way I can explain how this happens is to give you an example from my own learning experience with Arabic.

I remember being in a market once with some Egyptian friends in a small village called Il-Fashn when I was an Elementary level speaker.

Nobody in the vicinity spoke a word of English (my companions included).

My friends were buying some vegetables from a stall and one of them said to the other, “mish ma3aya filus kifaya” (“I don’t have enough money”). This was the first time I’d heard this chunk of language being used and although I didn’t know what ‘ma3aya’ and ‘kifaya’ meant at this stage, I knew by the context what was going on and what he meant (he was pulling his pockets out to indicate that he had no cash).

So I started using this chunk exactly how I’d heard it. Whenever I didn’t have enough money (in fact I looked for opportunities to say this) I’d repeat verbatim, “mish ma3aya filus kifaya”.

Gradually after repeated repetition of the chunk over days and weeks and exposure to the individual words in other contexts, I started to unpack and experiment during my conversations.

Now expressions like this come so naturally to me that I don’t even have to think about it.

It rolls off my tongue the way it would be in English.

I put this down to the fact I took a ‘chunking’ approach to learning Arabic rather than grammar study.

Phrasebooks go a long way in the beginning

When I first started out learning foreign languages, my initial approach was to go out and obtain grammar books straight away.

I’d spend countless hours trying to memorise vocabulary and grammar rules before I even attempted to talk to a native speaker. Of course, learning grammar rules and then trying to piece it together in a conversation is incredibly ineffective and stressful.

It didn’t do me much good to learn like this.

In fact, the languages where I did try to learn like this are the ones I failed at.

The best thing you can do in the beginning is to scan phrasebooks for chunks of useful language and go out and use them repeatedly.

Forget about the grammar or syntax questions for now and just focus on using language chunks.

Unpack it all when you’re ready to unpack it.

I recommend reading Implementing The Lexical Approach by Michael Lewis.

It’s primarily focused on English teaching methodology but it is without doubt one of the most eye-opening, unique and practical language learning books I’ve ever read.

Most importantly, it explains the concept of chunking in detail.

Beyond that, make sure to focus on learning material that emphasizes usage over grammar study. Here are some I use.

For more on the grammar topic and chunking see here, here and here.

What do you think? What are your thoughts on grammar study for speaking?