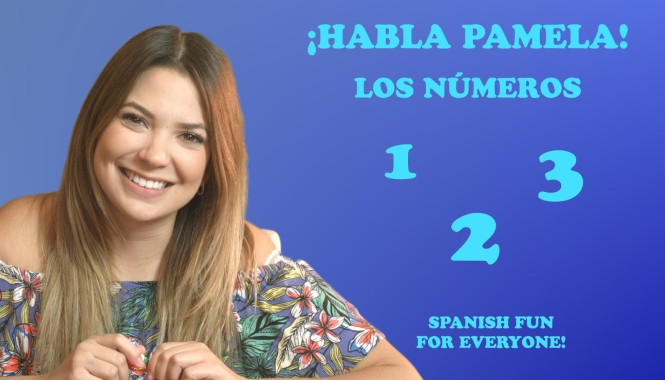 Unlike other languages, there is an overwhelming abundance of free content on YouTube to learn the Spanish language from.

Today’s post is not about Spanish TV or movies (of which there are also plenty) but rather the highest quality YouTube channels for learning Spanish.

As an added bonus, I’ve included some channels specifically helpful for children learners.

I’ll share the channels in just a moment, but let me clear two things up first.

You can also jump to the channel suggestions here:

Like I said, there are so many Spanish resources out there.

This includes a lot of high (and low) quality courses and books.

You can find some excellent Spanish tools and resource suggestions here.

The great thing about YouTube of course, is that everything is 100% free – Spanish is one language where paid resources really aren’t that necessary.

I would highly recommend sticking with free resources until you’re absolutely sure you want to proceed with paid content.

I feel like these are incredibly obvious points though! 🙂

Side note: If you are a total beginner to Spanish, see my posts on learning Spanish numbers and verb conjugation.

The question for a lot of new Spanish learners is, “How do I use YouTube to learn Spanish?”

It’s one thing to suggest channels but another to know how to benefit from them!

Well, there are basically two types of video you can learn from:

These are videos that are entirely in Spanish and may not necessarily be made for learning Spanish.

These could be TV shows, music videos or movies for example.

Ideally, if you’re going to use these kinds of video then you should check to see if it has English captions (CC) on YouTube.

That way you can toggle the English on and off to help you learn.

Pro tip: I would highly suggest slowing the Spanish videos down to 0.75 speed (not 0.5) – that way it’s slightly slower but not so slow that it sounds slow motion.

So these videos are the ones that I’m writing about today.

Videos under this category are designed by native or non-native speakers to explain the language to you.

Depending on the level they’re targeting, they may or may not be entirely in Spanish (usually they’re in English).

It’s a good idea to supplement these videos with Spanish language content (so you can practice your listening comprehension).

Normally I wouldn’t recommend a YouTube channel by a non-native speaker of Spanish.

But Señor Jordan is immensely popular and this is one of the more popular channels on YouTube for learning the language.

The video quality is actually pretty average but he does a fantastic job of keeping you entertained on bite-size lesson topics. There’s a real eclectic mix of video types on his channel too so it’s not all the same.

Easily one of the best YouTube channels to learn Spanish from.

Butterfly Spanish (in its creator’s own words):

I am your teacher, Ana, and I believe in teaching real, practical Spanish.

Most Spanish books and programs keep teaching phrases and words that are grammatically correct but that in the real Spanish world are either outdated, way too formal, or only used in one country. With me, you will learn the Spanish that native speakers use nowadays.

Not only that, you will learn about the differences in the ways Spanish is spoken in different countries.

Not only is Ana fantastic but she’s also arguably the most professionally trained teacher on this list. She covers lots of different issues, including dialect variation and the absolute fundamentals of Spanish.

But they do have a popular YouTube channel as well where they present small snippets of their content for free. There are tonnes of videos on SpanishPod101 and even more audio lessons if you take a look at their site (you’ll have to have a trial account to see it).

The only issue with the SpanishPod101 videos is that it’s hit-and-miss in terms of the video quality – some are excellent and some are pretty outdated.

Spanish Dict is one of the most useful Spanish sites on the Internet.

I’d recommend it to anybody as a go-to online dictionary and grammar source (Spanish verb conjugations especially).

Their YouTube channel has a tonne of useful content (videos are a little cheesy though) but I should note, the channel hasn’t been updated in many years so the videos are quite old (not that it matters much).

One of my absolute favorites by far.

Technically, this one falls under the ‘Spanish content’ category so doesn’t really belong in this list. They aren’t Spanish lessons per se, but actually “street interviews”.

The interviewer (from Mexico) goes up to random people on the street and asks various questions about different cultural topics. It’s all 100% subtitled in English and Spanish so you can follow along with it.

What makes this so useful as a resource is that you get to hear multiple responses to the same questions – I can’t emphasize enough how important this is for learning.

Easy Spanish is a terrific way to enhance your listening comprehension in Spanish.

They also cover many other languages.

One thing I like about The Spanish Dude is that his videos are straight to the point.

If you’re impatient like me and just want to cut to the chase, this guy is great. He’ll break down Spanish concepts for you in short videos that make the concept easy to grasp for learners.

One caveat however is that he’s not a native Spanish speaker.

This channel’s hugely popular but not for its entertainment value (it has none).

The videos are simple ‘text-on-screen’ explanations of grammatical concepts in Spanish (but they also cover other languages like French and Mandarin).

If you’re ever looking for a detailed grammar explanation video without distractions, this is a good one to subscribe to.

This channel’s a bit eclectic.

It’s probably one of the better channels in my opinion (lots of variety) even though it appears dated.

Admittedly, I was a little reluctant to add this one.

While there is a lot of content in this channel, the lesson delivery style is frankly terrible (the videos seem to be recorded on an old web cam or something).

But where she (Laura Gerrido Eslava) does a great job is with the diversity of fun topics she covers.

I’m not sure why I’m adding this channel to the end of the list (maybe end on a high note?) but Maria’s channel is one of the highest quality and most useful for Spanish learners, in my opinion.

The only point worth noting is that her content is through the medium of Spanish (mostly) so it’s aimed at students who already have a foundation in the language.

My suggestion (if you’re a new learner) is to bookmark this one and come back to it later. It might not serve you as a beginner but later on, it’ll be one of your favorites, I promise.

This is an old series that’s still floating around YouTube (I can’t find a channel for it specifically).

But it’s very good for new learners of Spanish. Basically it’s a “comedy” sitcom in slow Spanish where the housemates get an American staying with them and have to help him understand.

Spanish Playground is the channel for kids learning Spanish.

This enormously popular channel (and blog) covers pretty much every topic that you would expect in a child’s language resource.

Of particular note is a series (for older kids) called Buene Gente that’s enormously popular. It’s basically a mini series in easy-to-follow Spanish (honestly this series is perfect for an adult beginner too).

It’s a musical channel so most of the learning material is through song.

There’s not a whole lot on there to be honest but what they do have is excellent.

Leoncito Alado is another must for any parent with kids learning Spanish.

The cartoons are very cute and there’s an absolute abundance of videos (especially compared to Rockalingua).

You can find pretty much every lullaby and famous kid’s song on there. Highly recommend.

So there you have it!

Honestly, I could have shared many more than what I’ve given you here.

There are some great YouTube channels to learn Spanish out there if you take some time to search around.

I’d recommend using a tool like Evernote to keep track of the ones you love.

Of course, YouTube can only get you so far. Once you’ve committed to learning, it’s a good idea to invest in paid resources (here are some great Spanish resources).

Tutors and practice partners for Spanish are vitally important too – use italki for that.

Got any Spanish YouTube channel suggestions I should add here?