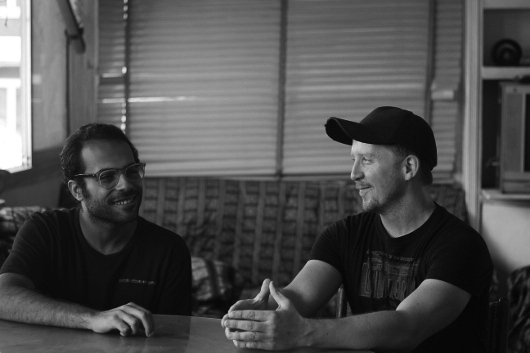 I made this comment a while back and figured it was worth repeating here:

Learning to ‘speak’ a language quickly is not as difficult as people think, but being able to actually comprehend language that’s spoken naturally and quickly takes a lot of time and exposure.

It’s the one aspect of language learning that can’t be faked.

Gimmicks that talk about ‘fast fluency’ are flawed for this reason. There’s no such thing as ‘fast comprehension’.

Comprehension, particularly listening comprehension, is the one aspect of language learning that you can’t bullshit.

It’s not that difficult to learn how to speak a language in a very short amount of time (even several weeks), but to acquire an ear for the language and to be able to catch what people are saying takes a lot of time and exposure to the target language.

People want fast results and the gimmick-peddlers are more than happy to offer those fast results for dollars, but unfortunately there’s no such thing when it comes to listening comprehension.

Of the 4 language skills – speaking, listening, reading and writing – it’s my view that listening is the biggest hurdle and the toughest (or at least most time consuming) challenge to beat without a doubt.

What I learned from Australian military language testing

I passed my testing for entry into the Australian Defence Force a while back as a signals operator linguist for the Air Force.

It’s actually been a long-term dream of mine to serve in the armed forces and I saw it as a great way to put my passion for foreign languages to use, and to also be paid to acquire more languages. For a few personal reasons I had to put the application on hold at the time and ended up heading to The Republic of Georgia as a teacher instead.

The point that I want to make concerning the testing that the military do to determine foreign language aptitude is that it’s primarily centered on listening comprehension.

For the test, myself and 30 other people were given a short briefing on an artificial language that the military had designed (with its own grammar system and vocabulary), and then we had to listen to recordings of that language and translate them as we heard them.

This was a very difficult task and only myself and 3 others (out of 30) ended up being successful.

Even other people in the room who were saying prior to the test that they could speak a few languages ended up failing the test.

Obviously, the main reason for the test being focused on listening ability is that the job requires listening to and translating a lot of intercepted transmissions but I also believe that it’s because listening comprehension is a major indicator of a person’s aptitude for language acquisition (anyone can learn a language sure but some people do it better than others).

Even though it was quite possible and likely that the Defence Force would require us in future to able to communicate (i.e. speak) those languages, the thing they were most interested in for testing was how well we could listen.

There’s a straightforward reason for this:

The learner might be able to say a lot in their target language but as soon as a native speaker says something which warrants a response, it’s going to be very obvious whether or not the learner actually understands what’s being said.

I’ve seen a lot of polyglot videos on YouTube and various blogs, and people claiming to have picked up some language in a matter of weeks (the media always sensationalizes this) but assessment of their levels can only happen in a two-way, natural conversation with a native speaker (try italki if you haven’t already).

‘Speaking ability can be faked entirely but listening comprehension can’t.’

This is why exams like IELTS consist of a native speaker having an unscripted conversation with the foreign learner because this enables the examiners to properly assess their level.

It’s also why I dispense entirely with any approach that says it’s all about speaking immediately, because if that’s your sole focus then you aren’t allowing yourself adequate time to soak up the language around you.

Some people speak brilliantly but have poor comprehension and get overwhelmed in conversations because they’ve taken this approach.

Whenever I recommend tools and resources to people, one of the most important factors I look for is how useful it is as a listening comprehension tool (high quality audio content is the main reason I selectively use and plug products like Glossika, Earworms MBT and Rocket quite often here).

Again so you remember it:

You might not want to hear it but it takes time and there are no shortcuts.

Expose yourself daily to target language dialogue (take some time to shut up and listen!) whether it’s a product with quality, natural audio or a human being (even better) and your comprehension level will gradually improve.

Make sure to read this post if you haven’t already: How To Improve Your Foreign Language Comprehension.