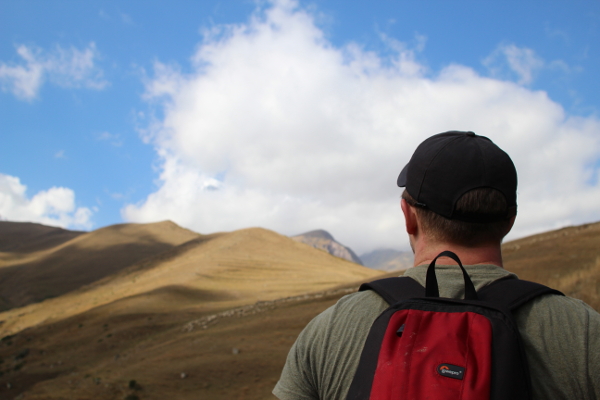 I was in a transition period at the time wondering what to do and where to go next, and as I was searching around for teaching opportunities I found an ad for a thing called TLG.

‘Teach and Learn with Georgia.’ (the country not the state)

It was a unique teaching position where the Georgian government had developed a new initiative to bring over ‘cultural ambassadors’ from Western countries to teach English.

The idea was for us to expose Georgian people to our cultures and at the same time learn about their culture, all the while living in a host-family immersion situation.

Admittedly, I had to look up Georgia on a map first!

It looked like a tiny strip of land wedged between Turkey and Russia, bordering Chechnya (a place I’d only heard scary things about).

When I called up the recruiter to ask about it I was told, “We’re just letting you know, it’s going to feel like you’re stepping back in time. It’ll be amazing but very challenging.”

I wrestled with the idea for a few weeks.

The thought of moving to a place I know nothing about, very close to a dangerous region of Russia, limited or no access to technology and earning a local wage (about 300 USD a month at the time) didn’t sound too appealing.

But when I saw the pictures of the landscape and realized how fun the language challenge would be, I signed up.

Everything about my experience living and doing language immersion in Georgia was literally life-changing.

1. Georgian is one of the most truly unique languages in the world

Georgian is one of several languages that belong to the Kartvelian language family which is native to Georgia and a few nearby pockets of Turkey and Russia.

The language is unrelated to anything outside of this geographical area (although there’s a discredited theory that it’s also related to Basque).

Take a glance at the alphabet for instance:

The Georgian alphabet took me longer to learn than any other alphabet for the simple fact that there’s no clear similarity between its letters and those in other languages which makes mnemomics more difficult.

Arabic was a cinch in comparison (because it actually has letters that are kind of close in appearance to their English counterparts).

Even the sound of Georgian is like nothing else I’d ever heard before:

It’s filled with consonant clusters and unusual guttural variants of some letters.

Georgian does however have some borrowed words which include words from Russian, Turkish and Arabic among others.

Being geographically so close to so many countries and having such a tumultuous history of invasions and occupations, Georgian has naturally absorbed many foreign words.

2. Georgia is an easier (and in many ways better) alternative to visiting ex-Soviet Union countries

A lot of people are fascinated by Russia and countries of the former Soviet Union.

However Russia can be difficult to get into (a tourist visa requires an ‘invitation’), Central Asia’s a little too remote for most people and the Baltic states aren’t everyone’s cup of tea.

This makes Georgia an excellent alternative.

It’s close to Europe, cheap as chips, very safe and you get a visa on entry.

It also happens to be Stalin’s birthplace. His home and museum are in a town called Gori, not far from the capital and the country still celebrates his life every year.

When I first saw a parade for him in Rustavi on Victory Day, I turned to a Georgian friend of mine and said, “You realize Stalin killed more people than Hitler, right?”

My friend responded to me, “Yes but he was a great man!”

Bizarre perspective and something I can’t possibly comprehend but fascinating all the same especially for anyone interested in WW2 history.

You can also find a plethora of rare Soviet-era nostalgia for sale in the Tbilisi markets every week.

3. It’s one of the safest countries I’ve ever visited

I mentioned safety above.

Georgia’s an incredibly safe place to visit and live.

When I first moved there, I was pretty concerned about the fairly recent invasion by Russia and it’s bordering Chechnya (despite the fact there’s a alpine mountain range separating the two). Second to South Korea, it’s one of the least threatening places I’ve ever stayed.

Georgian people are generally very honest, traditionally conservative and religious (which is a good thing) and very protective of their guests.

The only potential danger is the crumbling infrastructure due to age, war and earthquakes. 🙂 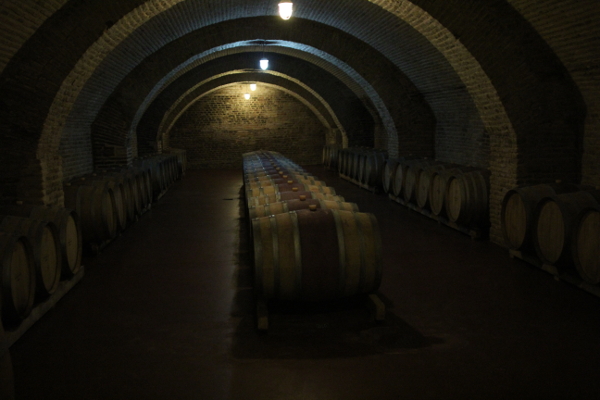 It’s generally believed that Georgians have been wine experts for 8000 years.

The sad thing is, as good as their wine is very few people worldwide have had a chance to try any of it because they don’t export much (I couldn’t even get a case of it sent home!).

They have a unique method of making wine by using what’s called a kvevri (ქვევრი), which is a large clay pot buried in the ground.

The grapes are put into the pot for 9 months (ground temperature obviously) and stirred regularly.

If you think you know wine but haven’t tried Georgian wine yet, you know nothing Jon Snow. 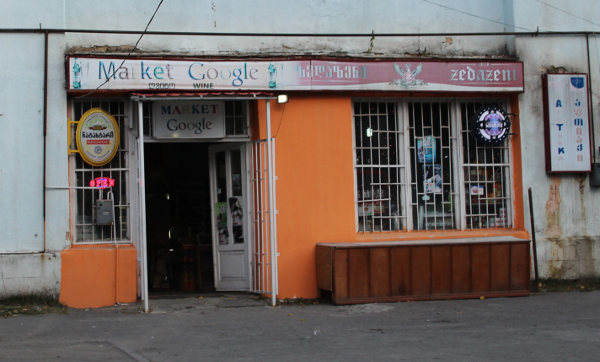 Georgia kind of reminds me of Ireland in the way its fortune has had a complete turn around in a few short years.

A country that was totally riddled with corruption and poverty managed to get on its feet and changed drastically overnight.

When I first went to the country on the TLG program under the president at the time (Sakashvili), you could tell the country was still healing and struggling to rebuild itself.

I went back a few months ago and I couldn’t believe the changes I saw.

6. Georgia has almost everything a tourist could ask for

Georgia’s basically Italy at a fraction of the cost.

It has stunning alps with some of the best skiing in the world, incredible wine, unique cuisine, culture and history, and beaches.

Georgian singing and dancing will blow your mind (I mentioned once before that if you haven’t seen one of their knife dances yet, you haven’t lived).

It’s an unspoiled gem for tourists.

The great thing is that most of us don’t need a visa to visit and the country’s very cheap.

I personally think Georgia will become a flooded tourist destination in the future with what it has to offer so it’s worth a visit now before that happens.

7. Georgian polyphony will amaze you

Georgians are famous their polyphonic singing.

From what I know of it, it’s an ancient singing tradition that goes back literally thousands of years and varies in style depending on which part of the country you’re in.

But the men are even more incredible:

Georgian hospitality to me is comparable with what I’ve experienced in the Middle East.

Despite the fact that most people are incredibly poor, they’ll go above and beyond to make you feel welcome as a guest.

Georgian men tend to be very protective of women (something I saw in Korea too) which I love, and as long as you show the country respect and admiration, they’ll be very welcoming toward you.

Even if you don’t visit Georgia to learn the language, I’m confident you’ll still fall in love with the kindness of its people.

9. Being in Georgia really is like stepping back in time

I mentioned above that my recruiter first told me that living in Georgia would be like stepping back in time.

How true his words were!

When you arrive in Tbilisi, Georgia’s capital city, it’s just like any other modern city. The downtown area especially is full of hustle and bustle, shops, pubs, restaurants and so on. 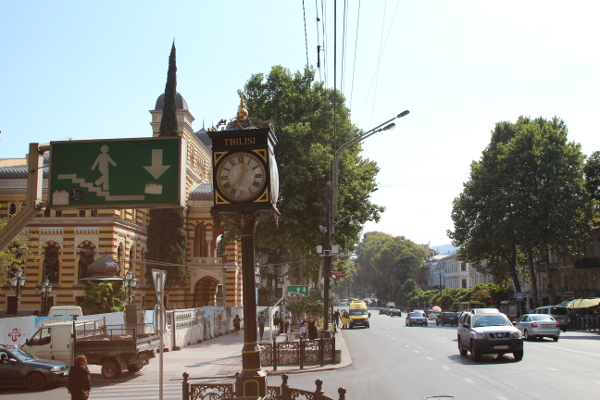 But get outside of Tbilisi and suddenly you find yourself in under-developed villages with intermittent-at-best electricity and water, dirt roads and people living a very slow-paced life. 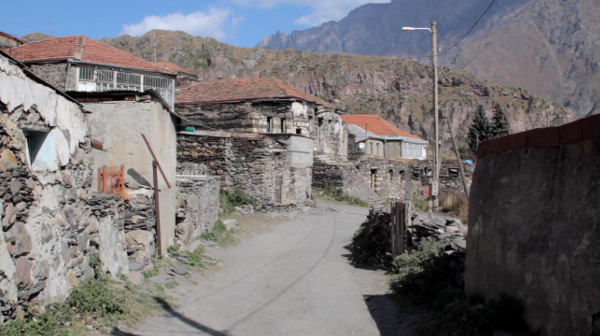 Some of the bigger towns like Rustavi remind you of Georgia’s time under Soviet rule – uniform concrete box apartment blocks, dilapidated hotels and old factories dotted around.

In Winter these towns are eerily depressing but in Spring and Summer they come alive.

I personally find Georgia’s rustic charm and the fact that it hasn’t quite ‘caught up’ yet refreshing!

If you want a European-esque experience that isn’t swallowed up by modernity then you’ll love Georgia.