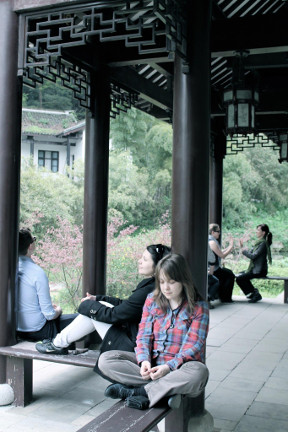 She’s an organizer for the Polyglot Conference and has been involved in numerous online programs, including GermanPod101 and Duolingo.

Over to you, Judith.

I still remember a high school history class on what might be called the Islamic civilization – the series of Arab states and caliphates that experienced a Golden Age of Science while Europe lived in the Dark Ages.

Starting around 622, Muslim scholars were encouraged to travel the world, learn what they could in every country and write about their findings in Arabic.

They created the basis for modern mathematics, astronomy, chemistry and medicine.

Through the spread of Islamic civilization, their traders, their technological achievements and the Muslim faith, a lot of Arabic words have entered foreign languages.

When learning Swahili, I noticed a lot of Arabic vocabulary, from ‘wakati’ (waqat = time) to ‘fikiri’ (fakara = to think). ‘Safari’ is a Swahili word in English but the Swahili word is itself based on the Arabic ‘safara’ (to travel). Same thing in Indonesian on the other side of the globe: ‘waktu’ (waqat = time), ‘kursi’ (chair) and ‘adil’ (‘adl = fair, just) are just some of the words I recognized from Arabic.

So how did Arabic fare in China?

Muslim traders settled in China as early as 616 AD and by 1000 AD, most import/export was in the hands of Muslims.

Yet Chinese is notoriously resistant to adopting foreign words, often opting to translate the concept rather than instruct people in how to pronounce foreign syllables.

Arabic words that more or less kept their sound in Chinese include:

The characters mean ‘clear and true’.

By contrast, Chinese people may refer to Muslims as 回族 huízú (Hui people). The character ‘hui’ means ‘to go back’ and is thought to be rooted in the word for the Uyghur nation of the 8th and 9th centuries.

Today, Hui people are recognized as an ethnic group in China, but really they are all Chinese nationals who belong to the Muslim faith, independent of their ethnic make-up.

Concepts that were translated for Chinese include:

I love how Chinese often makes me think about concepts because the names are more meaningful – or the meanings are more readily accessible – than in Western languages.

That’s why I have studied Chinese for 10 years already and it’s my favourite language to learn.

I always knew that I wanted to learn Chinese

Those characters irresistibly lured me.

As a child, I drew up my own character-based script but I still craved the real thing; I was just too afraid to learn Chinese on my own and I didn’t have any role models of successful language learners among my family and older friends.

In my case, what made a difference was Esperanto.

When I was 14 I read a popular science book about linguistics that included a chapter on planned languages and it mentioned that Esperanto was both the most successful and the easiest planned language.

Knowing that, and with the new-found resource of the Internet at my hands, I enrolled in a free e-mail-based Esperanto course.

Five non-intensive months later, I was able to read and write anything in Esperanto, but more importantly, I had gained the confidence that I could indeed learn a language in self-study and I had developed the habit of doing so.

**NOTE: Donovan here. I have a very different take on the whole Esperanto thing. Read this.

Through self-study, I greatly improved my English, Latin, French and Italian, which I was learning at school, and asked a friend to start teaching me some Modern Greek.

Finally, in 2004, when I saw an ad for a Chinese-learning competition for high school students, and I was in my last year of high school, my goal of learning Chinese changed from “someday” to “now”. I always liked a challenge.

It was a long trek though.

At that time, Chinese learning materials still very much followed traditional methods. I couldn’t remember any character beyond the most common 600-800 and also had a lot of trouble acquiring conversational abilities.

It got to be so frustrating that I all but paused my studies for a few years.

In 2009, with a lot more language study experience under my belt, I took up Chinese again and managed to learn 2500 new characters in one year. Since then, I haven’t dropped Chinese again.

I’ve also spent a lot of time thinking about how to make learning Chinese easier.

The approach I came up with involves applying machine intelligence to the teaching of Chinese, letting the computer figure out which words or grammar points are easy or hard for you and providing optimal support.

I think the resulting course is quite amazing and might just revolutionize how Chinese will be taught in the future.

Good luck with your studies!

This was written by Judith Meyer.

To get started learning Chinese, check out ChineseClass101 for audio and video lessons. If you’d like a more comprehensive learning tool I recommend Rocket Chinese.