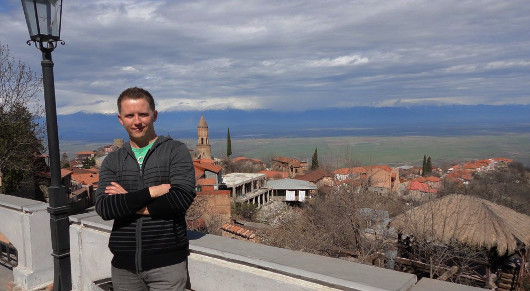 Do we gradually forget languages?

What happened to the foreign languages we learned in school? Are they lost and can we pick them up again quickly if they are?

Now that my year in Korea is over, I’ve been spending some time over the last few weeks getting in some practise with other languages before heading off to start another challenge (I’ll announce my plans later this week on Facebook when I hear back about the visa as it’s one of the hardest countries in the world to visit ;)).

I deliberately blocked out everything for the last year so that I could avoid distractions and keep focused on my goal to become fluent in Korean and even though it would have been possible to learn Korean and improve other languages at the same time, doing that would have been a recipe for burn-out and my Korean would have suffered for it.

I had enormous success with Korean because of this but over the last few weeks I’ve noticed how rusty I’ve become in some languages after months of inactivity.

Skills get rusty and dusty but they’re always there

Like a lot of people I used to worry that if I didn’t use it I’d lose it but I’m now convinced that if you learn a language well to begin with, it’s always going to be there.

A short while ago I went back to French after not having studied or used it for over 6 years and I thought that I was definitely going to be back at square one for sure.

I took two lessons with a practice partner I found on italki and when I took the first lesson I quickly found that I still had the same comprehension level that I did 6 years ago (even though my speaking skills were rusty as hell).

Despite my speaking being really out of practise due to years of total neglect, my listening comprehension had not really changed at all.

By the time I had my second lesson in French, I was already getting back to where I was 6 years ago. The same thing happened with my Irish when I was spending time with the Irish community in Melbourne a few weeks ago.

Similarly, I had a chat with a girl in Algeria recently using Verbling after taking a long break from Arabic and although I had to stop myself thinking in Korean, it was all still there.

None of it’s ever really forgotten.

I’ve found that this is true for other skills as well (I used to play the violin and bass guitar, and I’ve found that after years of not playing it comes straight back as soon as I pick up the instruments).

But why can’t I remember the language I studied in school?

Most of us took a foreign language in school and yet a common complaint is that few of us can remember it.

I studied Mandarin Chinese for about 5 years in school but I can’t speak it as an adult.

Some of you might disagree with me when I say this but if you can’t remember any of the language that you studied in school then it’s likely that you never learned it well in the first place.

I want you to consider this for a moment:

“At three hours a week by nine months of a school year, students enrolled in a foreign language in school may experience as little as 540 hours of actual instruction and L2 exposure over five years.”

That means that in five years the average school student gets only about 540 hours (equivalent of only about 2 months at 8 hours a day) of exposure to the foreign language they’re learning.

When you factor in all the other distractions we have as kids it’s probably significantly lower than this.

“By contrast, in the same chronological time window, learners in L2 environments may accrue about 7,000 hours of L2 exposure (if we calculate a conservative four hours a day).”

These are people who are actually living in the country and exposed to the language for about 4 hours a day (time when you’re out interacting with people).

Although the author says it’s only a conservative estimate, I’d say it’s more than what a lot of people get when they travel because of the common tendency a lot of us have to be unsocial or stay in an expat bubble.

“A sobering comparison is that children learning their L1 may receive of the order of 14,000 hours of exposure, also based on a conservative estimate of eight hours a day!”

That’s a lot of hours of exposure to a new language and there’s certainly a big difference between 14,000 hours and 540!

In my own situation with Korean I could safely say that if I had of decided to stay in Korea for five years then I’d be averaging about 10,000 hours of exposure based on what I’ve been doing.

As you can see, when you put it in to perspective and really think about it, the foreign language exposure we get in school is totally insufficient on its own – regardless of whether or not you think children have an advantage over adults.

We can’t expect ourselves to remember something that we never really learned well to start with!

If you’re a parent putting your kids in foreign language classes then it’s something I’d encourage you to consider.

Expose them to the language as much as possible outside of school hours by actively immersing them in the target language community.

Learn it with them and foster a bilingual atmosphere at home.

So as adults how we do avoid getting rusty?

Studying takes a lot of time and effort but maintenance doesn’t. Setting aside time each week just to have a chat in a foreign language is all you need to keep it fresh.