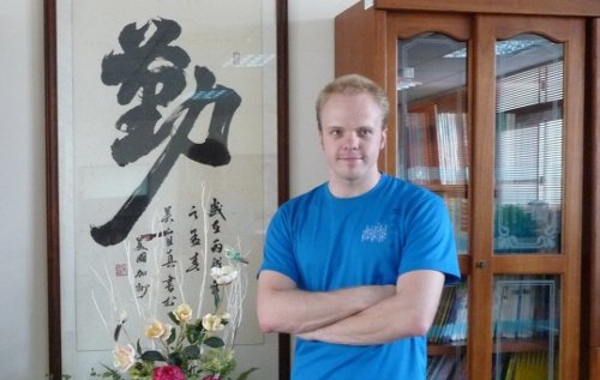 UPDATE: For some great Mandarin Chinese resources, check out my Essential Language Learning Tools page and sign up with your email address at the top of this page.

This is a guest post from Olle Linge who runs an excellent blog called Hacking Chinese – Everything You Need To Know About Studying Chinese But No-One Will Tell You.

Olle’s a native Swede with a few languages under his belt (including English), with years of experience learning Mandarin Chinese and being immersed in the language in Taiwan.

He’s one of the go-to guys for anyone interested in Chinese, and for those who aren’t his blog offers some very sound advice for general language learning. Make sure to check it out.

A couple of years ago, I was living in Taiwan and was seeing this girl.

We spent quite a lot of time together and we spoke mostly in Chinese. One evening, we were chatting about something I’ve forgotten now, when she suddenly broke into laughter.

I was perplexed, because what I had said was in no way meant to be a joke. When I learnt that she laughed at my pronunciation, I felt a bit hurt. I care a lot about pronunciation in any language.

Then, when she calmed down enough to explain, she said “when you said that, you sounded just like a foreigner”.

I didn’t realise it at the time, but that’s probably the highest praise I’ve received from anyone.

It meant that overall, my pronunciation had become good enough for her not to think about it too much while we talked. Only when I slipped on a few tones did she actually think about it.

Of course, I don’t mean to say that my pronunciation is perfect, I still have a lot to learn now, two years later, but I will always remember this moment fondly.

It was the first time I realised that I had actually learnt how to speak Chinese. Other people might have told me that, but this reaction form this girl was completely innocent and honest.

She didn’t even intend to praise me.

More Westerners start learning Chinese today than ever before and I’m sure they’d be interested in knowing how I got there and what I’ve learnt since then.

I started learning Chinese in 2007, mostly as an experiment.

I had been interested in Chinese martial arts and philosophy for quite some time, and when a friend told me that it was possible to study the language for one year at the university, I felt that a break in my teacher courses was warranted. A year wouldn’t matter very much and it would sure be an interesting experience.

Little did I know that the decision I made was just the first in a series of events that leaves me where I am now, four years later (whereof two were spent in Taiwan), preparing to study a master’s degree in Chinese for native speakers.

It feels weird to contemplate that I didn’t even intend to learn Chinese only a few years ago!

I still have a long way to go, but looking back, I realise that the road behind me isn’t just a short walk in the park either.

Why did I spend thousands of hours learning a language as foreign as Chinese?

Some people say they do it because it will give them good career openings, some say it’s because it’s because they want to travel in China or be able to talk with Chinese people. In a sense, I could say that these factors have influenced me as well, but I’d be lying if I said that any of them were my main motivation.

No, instead, I’ve learnt Chinese because I really enjoy it. I love studying languages and for some reason, I love Chinese more than any other language I’ve encountered.

If you’ve ever felt any kind of interest towards a subject, it’s not hard to understand how someone can spend ten thousand hours over just a few years pursuing ever increasing knowledge.

It’s not a quest for an illusory goal, it’s a passion to see and hear more, to know what lies just around the corner.

It’s about wild detours and exotic side quests. There might be a goal somewhere at the rainbow’s end. Perhaps, but I don’t really care.

Even though I think that pleasure of some kind needs to be the cornerstone of all long-term language learning, there is of course much more to it than just frolicking in the wilderness.

I’m a very analytical person and I’ve spent many, many hours studying how to study, conducting experiments and seeing how I can improve my own learning.

This is also essential.

There is of course some widely accepted results from research into second language acquisition, but language learning is an extremely complex process and each situation is unique.

Perhaps your analysis and your experiments are only relevant to you personally, but isn’t that enough? 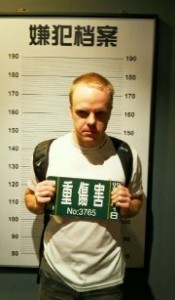 This brings us to the topic of language hacking

Some people think the word “hacking” is out of place here, but I think it describes perfectly what I’m talking about.

Hacking is about gaining knowledge that is hidden behind something, perhaps a cipher.

Learning a language is much like this, it’s about breaking the code and understanding the inner workings of the language, to get to know its soul. But there is more to hacking than that.

If you can’t hack something, it means that you can’t do it because it’s too boring or too difficult. If you hack a language, you make it interesting and meaningful.

Perhaps it won’t be easy, but it definitely won’t be impossible!

Another key element in language hacking is listening to others.

Sure, your situation might be unique and specific to you, but that doesn’t mean that what other people have discovered is useless.

You don’t need to invent the wheel twice. Yes, you need to make sure that you actually need a wheel, but if that’s what you want, you should check out the designs other people have been working at.

You might want to adapt to better suit your needs, but if you want to build Rome, starting out as an amphibian in the ocean simply won’t get you very far.

The most common mistake I see beginner language students make is that they only pay attention to what’s immediately in front of them. If they have a test next Friday, they focus exclusively on that.

They use the method they first happen to stumble upon and then sticks to that, without even trying other methods.

This is the opposite of language hacking.

Since you’re reading this article, you are at least moderately interested in making your language learning more efficient, which is the first step

Here is some advice:

These five points all overlap and enhance each other: If you don’t read what other people have to say, you might miss some great ideas, but if you only do that, you won’t spend the hours you need.

Likewise, if you don’t enjoy yourself, spending thousands of hours will be a pain.

If you don’t relate your learning to an overall structure, you risk losing focus.

Next, I would like to return to the picture I used earlier with a foreign language being an exotic landscape.

I didn’t write that because I like flowery metaphors, I did it deliberately and for a very serious reason. I’m convinced that in life (which includes language learning), attitude is everything. If you have the wrong attitude, the easiest task might become impossible to achieve.

With the right attitude, you can reach the stars.

I think the mind of the curious explorer is the most suitable for language learning.

Look at each word as a precious stone, see how it reflects the light in different angles.

When you encounter something you don’t understand, see the mystery as a skein of silk thread that needs to be disentangled before you can understand its intricacies.

In other words, we need to view the world with the eyes of a child, but analyse what we see with an adult brain.

You might have noticed that I haven’t said very much about learning Chinese in particular.

That’s because I believe language learning is essentially the same regardless of languages.

This deserves more focus that strategies only useful for that particular language.

Still, I do want to provide some more advice regarding learning Chinese in particular:

Chinese is easier to hack than most other languages.

Saying that Chinese is completely structured and logical would of course be a lie, but I do think that it’s easier to find patterns when studying Chinese compared to many other languages.

Note that these patterns don’t have to actually mean anything, just as long as they’re helpful.

For instance, when learning characters, it’s quite easy to separate most characters into smaller component parts.

You can then connect these parts with mnemonics, making it a lot easier to remember how to write that character.

Note that when doing this, you’re not really after the true etymology (which usually is partly phonetic anyway), you’re after something which makes remembering easier.

Chinese also features a number of sounds that are weird to the Western ear, including a number of tones.

These take a while getting used to, but I find it extremely important to not only practise the tones and the sounds, but to actually understand them.

If you study in China, make sure you have someone teach you this in English. I’ve met many, many students who learnt tones entirely in Chinese and missed some important rules, especially for how tones change (tone sandhi).

Of course, practising with natives is very good, but do make sure you understand what you’re doing.

Tones are much more important than you might think at first.

Learn them properly from the very start.

Finally, be persistent when you practise.

It’s easy to believe that just because no-one corrects you, your Chinese is very good.

This is probably not the case. The better your Chinese gets compared to other foreigners, the less likely people are to comment on your language skills in negative terms. They will praise you for saying “hello” with the correct tones, but they won’t tell you that actually “hello” is a bit awkward in this situation.

If you want to master Chinese, you really need to realise that you have a long way to go.

You also have to convince others that you enjoy having people point out your shortcomings (and you should enjoy it, too).

Studying Chinese to a level where you can communicate is quite easy, but after that, complacency starts becoming a real problem.

Learning Chinese is indeed a long journey, but it’s a fascinating and worthwhile one.

If you want to read more about what I’ve learnt along the way, head over to Hacking Chinese, where I’m trying to share my own thoughts with other learners in order to make the journey a little bit easier and even more enjoyable.