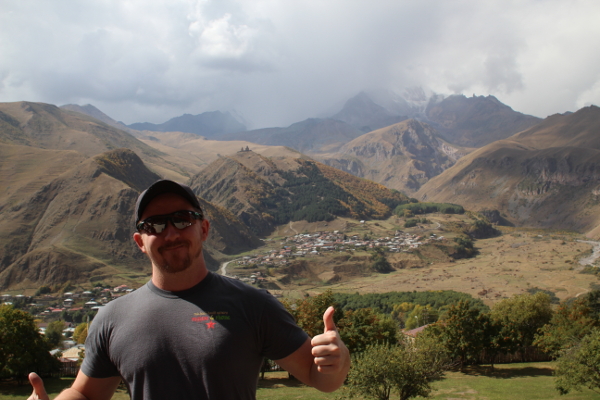 It’s been an utterly exhausting week relocating from the Hinterland mountain area of SE Queensland down to the coast and I’m struggling to write this having used up all my energy moving.

I should be settling here now until mid-year when I pack up and jet off to East Asia (Korea or Japan likely) for work and to start learning the local language which I’m really looking forward to.

I purchased a book on Japanese kanji recently so I might start to learn a few each week for shits and giggles until I know exactly what my plans are.

Even if I end up heading to Korea it’ll still be interesting to learn to read some Japanese in the interim.

UPDATE: I ended up moving to South Korea and became fluent in Korean. See here.

I’m now living on the same street as a huge mosque which means plenty of Arabic practice and I’m only 5 minutes away from a French learners meet-up group that I’ll be meeting up with each week (thanks to Meetup.com).

Exhausted? Don’t force yourself to learn but try to have ‘active rest periods’

Nothing overly profound this week. Just a very straightforward piece of advice (totally relevant to how I’m currently feeling).

Having to deal with lack of sleep and physical exhaustion while learning isn’t an easy task. There are times when it’s actually beneficial for you to put learning on hold so you can rest but it’s important for you to have active rest periods as well.

Just like physical exercise, a day off doesn’t necessarily mean you sit on your arse and do nothing. Do something relaxing but also active.

With language learning this means a day off should entail some kind of fun or leisurely exposure to the language, whether it’s target language music, watching a movie or even just using target language that you already know.

Talk to yourself or a native speaker using language that’s easy for you – you’re active but you’re not trying to force yourself to learn anything.

One thing I like to do when I feel like this is go back to earlier sections of a language course book – stuff that I find easy – and just read over it.

Most of it is already known, but occasionally I’ll encounter a word or point here and there at that level that I missed.

Another excellent way I’ve recently discovered to have active rest periods is to listen to Earworms MBT (which I wrote about here).

I’ve spent this week just listening again to these French music tracks from Earworms and not trying to learn anything. I just listen to it for enjoyment and find that I soak up more of the language in the process.

Active rest periods mean a higher chance of incidental language acquisition so when you feel like crap and can’t muster the strength to study, do something entirely fun and effortless in the language and you’ll find that learning occurs anyway.