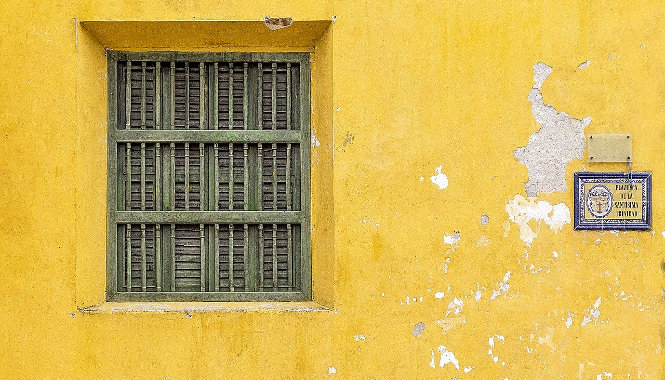 But wait – there’s another weird mark in Spanish that we also need to know when learning Spanish, right?

That squiggly n moustache thingy (otherwise known as the virgulilla of the ñ, or enye) is what I’m talking about.

While it isn’t technically a Spanish accent mark, it is an important symbol in Spanish writing.

So we’ll talk about that, too.

Through this post, you’ll finally understand the mysteries of:

The tilde is extremely common. If you’ve ever looked at a Spanish text you’ll know what I’m talking about.

It’s impossible to avoid. And, although its usage in casual writing by native speakers is diminishing, it does matter. I would argue it actually matters more for Spanish learners. This is because the accent mark tells you how to pronounce the word – it indicates where the stress is on the word.

And when you are learning new words, it is important you can figure out how to pronounce them correctly, too.

So let’s see how that works:

How to know when to use the acute Spanish accent mark

Okay, before we go into how and when to use the Spanish accent mark, we first need a bit of background into Spanish stress rules.

Stress is the term used for the syllable of the word that gets the most emphasis – the part of the word that is enunciated more. When spoken, it is generally louder and longer than all of the other symbols.

Like Spanish, English also has a stressed syllable in basically every word, although for us a lot of it is rote memorization, whereas for Spanish, we can learn how to know which part of each word to stress.

You see, Spanish is nothing like English in that its orthography and pronunciation are highly interrelated and highly regulated.

So learn the rules once, and then Spanish reading and writing will always be a breeze.

The Spanish rules for stress pronunciation are as follows:

The general rule is that the penultimate syllable is stressed (that is, the syllable before the last).

For example, in the words ahora, mundo, desculpe, desayuno, apenas, hablan, and interesante, the vowel before the last is the one we put the stress on.

There are a number of exceptions to the general stress rule:

So, when there are no Spanish accent marks involved, stress will always follow the rules set out above.

But sometimes, stress needs to fall on other syllables that don’t align with those rules. That is where Spanish accent marks come in.

If the pronunciation and orthography rules are as aligned as I say, then why is this even necessary?

Well, it’s because the pronunciation influences the orthography, and not the other way around. So the phonological rules of Spanish allow stress patterns different to those set out in the general rules. And because Spanish orthography is so neat and precise (unlike * ahem * English…), there needs to be a way to show that in writing.

So long story short, any violation of those general rules will be indicated with a Spanish accent mark, the acute mark.

The acute mark basically has overriding power, so if you see it in a word, you ignore the default rules and put your stress on that syllable.

Here are some common situations where the Spanish accent mark is used:

This accent mark is so infrequent that I actually completely forgot about in the first draft of this article.

The diaeresis not only appears only in very specific circumstances, but it is also often omitted by native speakers in casual writing. However, like pretty much any symbol or letter in the Spanish language, it does serve an important purpose.

How to know when to use the diaeresis in Spanish

There is another important spelling rule in Spanish which comes into play here. And it all has to do with the sneaky letter -g.

You may be aware that the letter -g in Spanish has two sounds – the hard -g sound just like in the English “game”; and the soft -g which sounds more like the English -h (but which can be more throaty depending on the dialect). So, how do we know which pronunciation of the -g to use when we see it written?

The Spanish rules for pronunciation of -g are as follows:

This system works great in about 99% of -g scenarios.

However, sometimes you need a hard g to be followed by an -e or -i and for the -u sound to be present. This is where our diaeresis gets to work its magic.

So the little dots in ü are basically just the -u saying “pronounce me!”

So to recap, the diaeresis is only every present in Spanish:

This comes up in common words like vergüenza, bilingüe, lingüística and pingüina.

The ˜ is less of an accent mark than -ñ is a letter in itself (which is how the Spanish language treats it).

In Spanish, this symbol does not appear with any other letter. The “enye” crops up fairly regularly, but it’s not all over the place, so you need to remember to use it when you have to. Unlike the accent mark, the ˜ is very rarely omitted in written Spanish, even the most casual txts.

That’s because without it, it reads as a different sound (i.e: a normal n).

How to know when to use the virgulilla:

Thankfully, this is a lot more straightforward than the Spanish acute accent. Essentially, any time we have the sound “ny” (IPA: nj) in Spanish, this is spelt with their special letter enye (ñ).

The Spanish just decided they needed a whole letter for that particular sound, for some reason. It’s not even like it’s a particularly common sound compared to other languages. Words that begin with this letter are particularly uncommon. It’s just a different sound that has its own letter, represented by a letter with a symbol. It’s that simple.

Examples of words which contain ñ include niño, añorar, español, pequeño and ñoquis.

How to type the Spanish accent marks on your keyboard

The United States International Keyboard isn’t a physical keyboard, it’s a keyboard setting which allows you to type more on the keyboard you have.

Things like the Spanish Keyboard unfortunately presume you have a physical Spanish keyboard, so a lot of the buttons you press will come up as something totally different (beleive me, I’ve been there).

The US International Keyboard allows you to keep your keyboard as a normal English keyboard while making it easier for you to type Spanish accent marks.

So you can feel free to use it for everything, even if you are just typing in English. It works for me.

However, there are a few things that take some getting used to. Mainly, when you’ll want to type quote/single quote (” / ’), if followed by a vowel, it will automatically accentuate it.

Note: with the US International Keyboard, you can also type your upside down exclamation marks and question marks.

And that’s pretty much all there is to know about Spanish accent marks!

So hopefully this guide has clarified anything you were unsure about.

If there’s anything you’re still not clear on, though, leave a comment below!