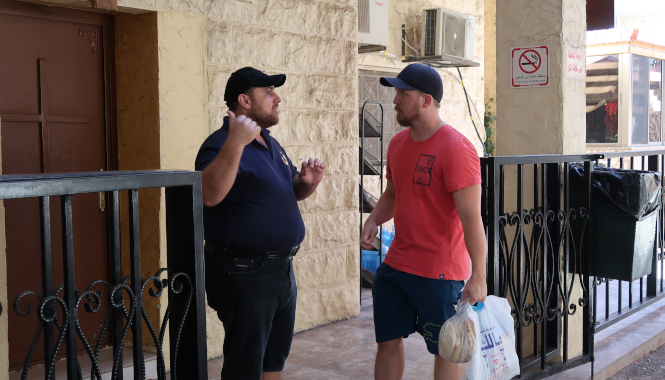 I’ve been reflecting this morning on actionable steps.

If I were to recommend a series of immediately actionable steps that are guaranteed to improve anyone’s learning progress, what would they be?

Some of these are steps that I’m in the process of taking direct action on myself – others are things I’ve been doing (and preaching) for years.

Overall, you’re the master of your own learning.

If progress isn’t happening at the rate it should then it’s up to you to take action and make it happen.

1. Stop comparing yourself to the ostentatious crowd

I’ve noticed a recurring theme in a lot of emails I receive asking for language learning advice:

Or perhaps it’s more accurate to describe it as unfair character comparison.

In a recent blog post on language blogging, one of the pieces of advice I gave was to stop paying attention to what other people are doing.

Stop reading language blogs (like the one you’re reading now) and comparing yourself.

Blogs and YouTube channels are full of show and pretentiousness – social media is one giant competition to see who can dupe their audience the best (myself excluded of course 🙂 ).

I’d even go a step further and say stop looking to other polyglots for inspiration. We’re all different – we learn differently and at different paces.

Focus on your own language learning efforts and just enjoy it.

2. Weed out the wastage

Having two kids over the past two years has taught me something:

Everything I said about time management prior to getting married and having children was pure ignorance and should be thrown in the garbage.

Becoming a father has truly taught me the value of time.

In fact, any time I’m reading a blog post, article or potentially buying a book on productivity or time management, my very first instinct is to ask the question:

“Does this author have kids?”

“I’m sure you have a lot to say but come back and talk to me when you’re a grown up.”

But seriously, even for young singles with no kids, I can’t emphasize enough how important it is to constantly analyze how you’re using your time.

You’re sitting down to watch anime for 3 hours because you’re learning Japanese? Great.

There goes 3 hours of your life flushed down the toilet that you’ll never get back.

But what if you were able to do a little case study on yourself and work out just how much language you’re actually learning in that 3 hours, and achieve the same result in 20 minutes or less?

Weed out your schedule.

Most people acquire way more than they actually need.

For many languages (especially the more popular ones), the problem is not lack of resources but overabundance.

You’ve decided to learn Spanish and jump on Google to look for Spanish resources which gives you get an endless list of blog posts that contain more lists of dozens of the “best” resources for learning Spanish.

Before long, you’ve signed up to several Spanish course sites, bought a few books and scheduled some italki lessons with a Spanish tutor.

In the end, you don’t use any of the things you signed up for (or maybe for a brief period), and you feel overwhelmed.

In my interactions with learners, I’ve learned that this is incredibly common.

The reason is that when you impulsively buy a product, you feel productive. When you buy a new Spanish textbook, it gives you a sense of “taking a step” toward learning Spanish.

But really it’s not a step at all.

So here’s my advice: limit yourself.

Choose a resource (whatever it may be), and just commit to learning from it.

Even if it’s not “the best” resource, just focus on that and treat other resources as distractions for the time being.

I introduced this concept when I was back in Korea and I expanded on it with an experiment I did recently at home.

I came up with what I call my talk quota.

The concept was initially simple:

You don’t allow yourself to end your day unless you’ve talked in your target language.

A bit like exercise: I have to have a certain amount of calorie deficit activity before I hit my pillow.

I expanded on the talk quota concept by running an exhausting experiment to prove just how much you can replicate overseas language immersion at home.

This was achieved by using (talking) in the language 5 – 6 hours per day.

Not listening but actually opening your mouth.

It’s way harder than it sounds, trust me. But that’s the nature of language learning.

Set yourself a talk quota each day (it doesn’t have to be 5 – 6 hours) and just make sure that no matter what, you’re opening your mouth and using the language every single day.

I’ve said this a thousand times before on this site and I’ll keep repeating it.

You don’t need to study grammar to learn to speak a foreign language.

If you’re looking for an actionable way to instantly improve your foreign language learning and grammar memorization is your current strategy, stop.

You’ll progress much faster at becoming conversationally fluent by learning whole sentences rather than trying to get your head around rules.

Glossika is perfect for this.

Further to the last point, stop trying to memorize individual words out of context.

Traditional flashcards (or sites like Memrise) can be incredibly useful or a massive black hole for time.

Wherever possible, you should always focus on learning vocabulary in the context of phrases and sentences – lexical chunks.

For example, take this sentence:

The typical inclination here would be to learn those individual words and the grammar that puts them together separately.

So you’d jump on Memrise and learn “walk” and “park” in two separate decks.

The problem is there’s zero context!

Just learn the whole sentence as it is: “I walk to the park.”

The more I work on projects and sit in front of a computer, the more I realize how much it’s ruining people’s lives (and families). If I didn’t depend on computers for an income, I’d literally throw mine in the rubbish.

My wife and I keep our kids away from screens as much as possible.

I think it’s important to remember that a lot of websites and apps for language learning, while having the potential to be a huge blessing, are also a curse of sorts.

The real world is outside and nothing beats natural human interaction – especially when learning languages.

No amount of Duolingo, Memrise, Babbel or whatever else you routinely use is going to be a substitute for chatting with a human.

Tools like italki have definitely helped where distance is an issue but if you have the option of physically hanging out with native speakers, then get off your computer. 🙂

8. Work with your strengths, not against them

I’ve talked before about how I established that I’m a visual-spatial learner and how that changed everything for me.

I went from being an educational failure to a success story.

Work with your strengths, not against them.

The problem is I see a lot of people who are naturally not strong at a particular style of learning trying to force themselves to adapt.

It just ends in frustration or makes the entire process unpleasant for you.

If you aren’t strong at visual learning, then why are you spending so much time on it?

The good news is there are loads of free tests around (Google ‘learner type test’) that you can take online to ascertain where your strengths lie and adapt your strategy from there.

There was a great little anecdote that I read in a book by Bear Grylls a few years ago which stuck with me.

He talked about a friend of his who procrastinated terribly and couldn’t finish a project no matter what he tried.

The entire situation turned around when (I think) Bear was going on a trip to Fiji and the only way his friend could go was to get the project done.

Ultimately, he smashed the project and went to Fiji.

Bear used the story to illustrate the power of deadlines and rewards.

Trying to learn French but can’t make progress? Set yourself a deadline and a CEFR test goal.

Get an accountability partner to buy a refundable holiday to France for you that you can only cash in if you hit your goal on the test.

Be as creative as you can – I’ve used travel as an extrinsic motivator for years and it’s been insanely effective.