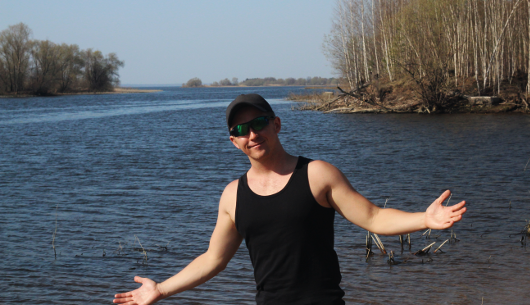 I’ve put up some pretty cold, Winter’ish photos in the last few posts so I figured this one would be a welcome change. 🙂

How are your language learning goals coming along?

I’ve just spent some time by the Volga River, barbecuing some шашлык and relaxing in the gorgeous spring-time forest. Russia’s an amazingly beautiful and interesting country (I say that even though I’ve only seen a tiny piece of it!).

Media outlets like CNN continue to portray Russia as a grey, evil place but my experiences have proven to me time and time again how much the mainstream media is more interested in their pathetically narrow, one-sided worldview then anything else.

I think people lose sight of the fact that most ordinary people everywhere in the world (whichever side they’re on) hate conflicts and war as much as the next person.

I say this because I know a lot of people are interested in learning Russian and visiting Russia but are put off by reports of it being ‘unsafe’.

Most of the people here in Russia I’ve met are wonderfully hospitable and kind, and despite lots of old, dilapidated infrastructure I’ve seen (e.g. shops and leisure centers tucked away in rusty, crumbling factories from the WW2 era) for the most part I feel like I’m in any modern European city.

As well as being very safe in my experience so far, it’s been one of the easiest places for me as far as language immersion goes since so few people revert to English and most will instead expect and help you understand Russian.

Announcement: I’m switching to full-time language blogging for a while!

It’s been ages since I posted an update.

As rewarding and interesting as it’s been working for one of the wealthiest families in Russia, it’s meant that I haven’t been able to put enough time into languages and writing lately.

This week I made a tough decision to give up my teaching job here so that I can focus solely on language learning and this website which will also mean plenty of time to put up interesting content and finally finish an exciting, soon-to-be-announced project that I’ve been working on over the last year.

To finish this big project I’ll actually be heading to a part of the Middle East that I’ve never been to before which is something I can’t wait to do and share here.

Also since I’m a few weeks away from turning 30 (I can still tell people I’m in my 20’s a little while longer!), I’ll be ushering in the new decade with some fun and exciting challenges that I’ll share with you shortly. 😉

Now that I have the time and a tonne of unused italki credits to use up, I’ll be able to get to work on maintaining and improving rusty languages that I haven’t had a chance to use since I’ve been here in Russia as well.

Here’s something that a lot of people can benefit from. 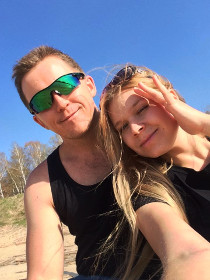 I admit I don’t know much about or have any real interest in Buddhism but one meditation practise that I heard years ago had an impact on me.

That is that during walking meditation, monks will focus their minds on each individual step and the movement of their feet rather than the destination they’re walking to, where they’re coming from or any other outside distraction.

It’s an incredibly relaxing, de-stressing and yet challenging thing to do if you haven’t tried it as it really helps train your mind to concentrate on what’s directly in front of you – stop thinking about everything that’s beyond your immediate control and focus on the now.

Goals themselves can easily become distractions from your present experiences.

It’s so easy to get worried about not reaching targets that you end up missing many of the little joyful discoveries along the way.

Research has also proven that stress and anxiety levels as well as enjoyment have a direct impact on a person’s progress with a foreign language. What this means is that the more relaxed and happy you are with your learning, the better your results are going to be overall.

I’m definitely a goal-setter myself but sometimes it’s a good idea to just slow down our fast-paced, results-driven minds and concentrate on and enjoy what’s in front of us now – whether they be features of the language, wonderful people or cultural idiosyncrasies that are easily missed.

I’ve put this into practise here in Russia myself and as a result it’s truly been one of the most rewarding immersion stays I’ve ever done.