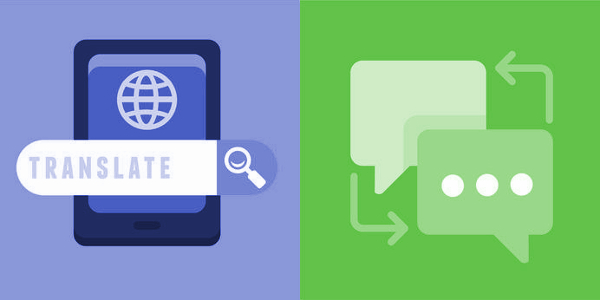 Almost every week I get emailed by new startups asking me to review sites and mobile apps related to language learning.
They’re always the ‘latest and greatest’ thing.

The problem is that no matter how impressive a lot of new ‘innovative’ apps and websites look and sound, I find that most of the time the concepts show little to no innovation whatsoever.

They continually reinvent the wheel.

For example, a company recently sent me access to a high-priced mobile app that looks very nice in terms of its branding and design, but when you open it up, you find out that all it is is another fancy-looking flashcard and phrasebook app.

So I send a follow-up question which is always the same:

Can you give me one reason why you believe your product is the next best thing?

Yet so many language startups are unable to provide a unique selling proposition (USP). When companies can’t give a USP, it means they’re probably solely motivated by making profit rather than responding to actual needs.

Of course, I don’t like to discourage startups from trying to break into the market but it always just seems like existing solutions are forever being recycled.

This whole thing has led me to ask two questions which I think are really important:

and upon further reflection:

2) Has technology become (at least to a large extent) detrimental to the way we learn languages anyway?

I’ll give my thoughts on both.

Technology is making us stupid

Let me start out by saying that I believe (some) technology is contributing to an epidemic of skill retardation.

There have been numerous studies and loads of articles written on the topic already.

The fact is that we’re collectively getting worse at most things – math, literacy, being able to read maps, hands-on skills and even using our memory (see Google Effect).

Millenials in particular are already proving to be the least skilled generation ever and a lot of companies recognize this which is why they’re increasingly reluctant to hire young graduates.

Even my wife who’s a primary school teacher is often telling me about the growing number of kids she sees who lack basic, rudimentary skills and knowledge.

This extends to social skills too.

Young people are becoming more inept at basic, human communication, handling conflicts (give me a safe space!), and even dating/meeting people (hence the popularity of Tinder).

So, naturally if all these skills are being negatively affected (in part) by technology then shouldn’t we question the possibility that it may be having an effect on language learning as well?

It is a cognitive skill after all.

Getting out and learning a language by connecting with other people face-to-face is a tough slog – it’s hard work.

There’s no way to cheat this or speed it up (just as you can’t cheat becoming a maestro violinist or professional painter for instance) unless of course someone invents a way to upload a language to the human brain. 🙂

Languages are comparable to the challenge of learning any other skill.

But this skill challenge is a necessary part of the process of advancing (read my post on negotiation in language learning where I touched on this).

As far as app innovation goes, I believe that the way in which UI design is evolving speaks volumes: Interfaces are becoming more and more infantile in their simplicity. 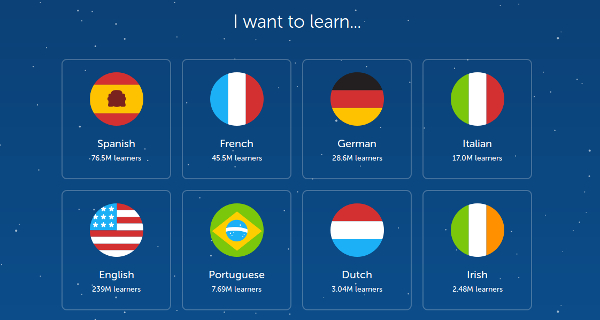 Web standard now is to see flat design with simple color palettes, big buttons with minimal text and little distraction. I can’t help but notice that web and mobile interfaces are looking more and more like digital toddler’s toys.

It’s as if the average user is assumed to have the attention span of a young child and apps are catering to it. 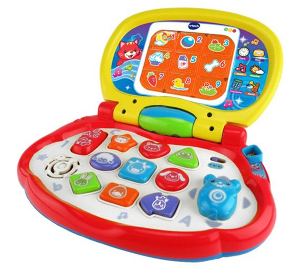 This is becoming standard now for many websites – especially educational products aimed at adult learners.

At what point did adult attention spans become so poor?

There seems to be more of an emphasis on stimulation rather than genuine information and problem solving.

The reason why I’m highlighting this is not to be overly cynical but because I think the direction that interface design is heading in says a lot about the way in which adult learning is regressing.

Agree or disagree? Chime in below.

Has it all been done or have we run out of ideas?

There’s been a lot of great innovation on web and mobile apps for language learning over the last 5-10 years.

**Not to be confused with the huge advances in speech and image recognition (e.g. Google’s on-the-fly image and audio translation) which is intended to eliminate the need to learn foreign languages at all.

Here are some popular examples:

Assisted readers (LWT, LingQ, Readlang): Software that helps you read by allowing you to interact with written text to get instant translations of terms and phrases.

Video lesson and facilitation (italki): Services that act as a go-between, connecting students and teachers or conversation partners remotely.

Assisted video ‘viewers’ (FluentU, Yabla, 3ears.com): Sites where streaming videos with subtitles can be interacted with (the video equivalent of assisted readers).

Translation and pronunciation services (Forvo, Focloir.ie): Places where you can find word and phrase pronunciations coupled with translations.

But here’s a question:

If you look at flashcard apps as an example, how much left is there to innovate at this point really?

We’ve gone from old-fashioned, written ‘words on cards’ to an app form with Anki-type software that reminds us what and when to study to now having gamified web apps like Memrise which turn the whole process into a visual game.

These are great products that I use often.

But if you peel back the extra features and aesthetics of Anki and Memrise, at their very core they’re essentially the exact same memory exercise as the original cardboard flashcards were – a simple and repetitive, spaced memory exercise.

The main difference being that some of the more seemingly mundane tasks have become automated, including having to remember when and what to study since the software takes care of that for you.

You don’t need to remind yourself to study a word because the software will let you know.

In addition, other people can make cards for you too, eliminating the need for you to create anything yourself.

The gamification in Memrise (i.e. growing and watering plants) serves as an extrinsic motivator – there’s something oddly fulfilling about making cartoon plants grow. As you grow your plants, you gain titles (e.g. Membrain, Memocrat) and compete on a leaderboard against other users.

These are fun features that all serve a simple, core purpose – the same purpose as the old-fashioned, handwritten flashcards.

To get you to recall words and phrases through spaced repetition (repeated exposure over a period of time at various intervals).

So what’s left to innovate here?

While there may be room for improving visual design and adding new forms of gamification to apps (let’s say – stopping a zombie apocalypse instead of watering plants or something), what further, substantive improvements can you actually make to such a basic skill builder?

And are these aesthetic features, gamified motivators and automations actually advancing your skills at all?

I’m not sure where I stand on this anymore honestly.

There’s no doubt that when you automate something as simple as looking up a foreign word in a paper dictionary and physically writing that word down on paper by hand, you’re making things more convenient for yourself.

But when a web or mobile app reminds you that you’re starting to forget a word, or in the case of Duolingo informs you how well you know certain topics or aspects of grammar, it removes (among other things) the need to self-assess.

It replaces a certain amount of responsibility with convenience. You might see this as a positive thing but I’m not sure if I do.

I’m becoming more and more convinced that these kind of conveniences may be detrimental (or at the very least an illusion of progress) rather than beneficial to skill-building.