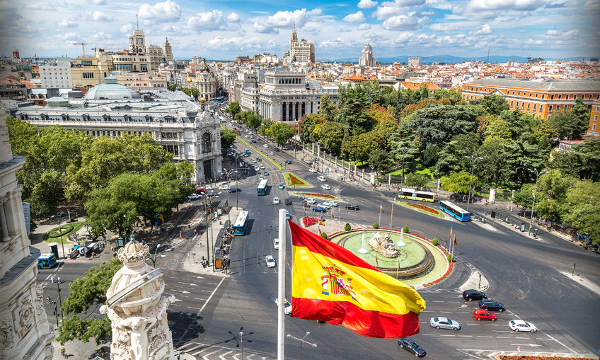 Of all the languages spoken in the world, Spanish has the second highest number of native speakers (after Mandarin Chinese).

So it’s no surprise that so many people want to learn to speak it! There’s a seemingly endless amount of opportunities that Spanish language proficiency can offer (think career, study and travel).

I receive emails all the time from people wanting to know the best way to start learning Spanish.

Many of these are from people who have never learned a foreign language before but I also receive questions like this:

“I learned Spanish in school but I’ve forgotten everything. How can I learn it again?”

The truth is, if you learned it in school but forgot everything then there’s a good chance you never learned it well in the first place!

Whether you’re a first-time learner or a repeat learner, today’s post will help you get started learning Spanish.

UPDATE: I highly recommend this Spanish course for anyone starting out with Spanish (it’s the most comprehensive one I’ve used).

The one thing you must have in order to learn Spanish

Any language endeavor must start with the right motivation.

If you plan to succeed at speaking Spanish then you have to ask yourself why you’re doing it in the first place.

Here’s a tip from my own experience:

If your sole reason for learning Spanish is that you’re “just interested” then you’ll almost certainly fail.

Why do I say that?

Because interest is the one of those factors that come and go. Most of us have these periods where we’re highly interested in a pursuit and then days, weeks or months later, we’ve moved on to something else.

Here are some solid reasons to learn Spanish:

Why are these motivators better than ‘interest’?

Necessity is the most important motivator you could ask for – when we need a language, we’ll do whatever it takes to learn it.

The other point worth adding here is the importance of accountability.

Make sure to let people know that you’re pursuing Spanish – let it be public knowledge that you’re on a mission to learn the language. Tell friends and family.

Let those closest to you keep you accountable.

“Hey, how’s your Spanish coming along?”

Questions like this will keep you on the ball and prevent you from quietly giving up.

Before you can start learning, you need to have a bigger picture of what’s available at your fingertips.

Whenever I start learning a new language, I always spend a few days doing solid research on all the products (e.g. books) and courses that have been made, reading reviews to see what works, and getting an idea for the methodology of the materials.

The good AND bad news about Spanish is that the market is absolutely flooded with resources.

There is so much out there for learning Spanish (in contrast to other languages)!

While this is great to hear because you’re not limited in any way, it can also be highly stressful because it’s hard to know which resources are high quality and which ones aren’t.

I often talk about my personal favorites: Rocket Spanish (for a comprehensive, structured course with quality audio) and SpanishPod101 (for a more casual, podcast learning style).

It really depends on your learning style.

So compile a list and categorize that list: a simple document with columns where you place resources into respective categories.

For example, you might have a “Grammar” category and list some of the best resources you’ve come across for learning Spanish grammar. This might include online courses, free websites/blogs or books.

Then you might have another column just for “YouTube”, and in this column place some of the most useful YouTube channels you’ve come across for learning Spanish.

One helpful tip: an inexpensive phrasebook (preferably with audio) is often the best tool you can invest in. I use Berlitz but there are others.

There’s also a musical phrasebook called Earworms (Rapid) Spanish that I’ve recommended many times in the past (basically a phrasebook with a catchy music track that forces words and phrases to get ‘stuck’ in your head).

There are so many options out there! 🙂

You just have to take time to research in the beginning and that time will pay off.

Now that you’ve got your list of resources, it’s time to learn.

Take my advice: go back to your original motivation and use that to guide you on what content you need to hone in on.

Obviously it goes without saying that as a total beginner, you need to get the most essential terms and phrases under your belt first (this includes Spanish numbers). These are the items that you’ll cover at the beginning of any phrasebook or conversational course.

Mucho gusto – Nice to meet you.

You get the idea.

Most of these you’re probably already familiar with. Even native English speakers who have never studied Spanish are generally familiar with many terms and expressions without realizing it.

You’ll need to cover these basics in order to start having simple, introductory conversations.

So take some time just to go over some phrasebook expressions to build a foundation for more fruitful conversations.

Now, I mentioned going back to your original motivation.

If you’re learning Spanish for, let’s say, business, then you don’t want to waste a lot of time learning content for tourism or family.

Some of it will overlap and still be relevant but it’s not an efficient use of your time and focus. You should be honing in on the Spanish content that matters most to you.

For me personally, I want to be able to talk about language learning and my kids.

So I’d write out a list of predictable conversations and expressions that I would need in order to talk about these things.

“I have two kids.”
“My son is 18 months old and my daughter is 1 month old.”
“I am learning Spanish.”
“I also speak Arabic, Russian, Irish and Korean.”

This list would be much longer and put into categories so I can easily reference them. I’d then spend time going over phrase and course books to find the conversation content matter that is relevant and useful to these dialogues.

But what if the dialogues you find in your resource list don’t cover the exact content you need?

Well this leads me to my next point.

How to find a Spanish teacher or conversation partner online

If you’re living in an area where there are plenty of Spanish speakers or friends who you can practice with, then take advantage of it! 🙂

But most people don’t have that luxury.

If you’re able to connect with people in your area then it’s the next best thing to living abroad in a Spanish-speaking country. Many places in the US are ideal for this.

It always amazes me to hear Americans who live in places like California say, “I have no one to practice Spanish with.” Look around you!

What a missed opportunity.

For those of you who are genuinely unable to find practice partners and teachers to help with your Spanish, listen up.

I use an amazing tool called italki.

It’s an incredible online community that can easily connect you with teachers all over Spain and Latin America so you can learn at home at a time that suits you.

The best part is: most of the language partners and teachers are extremely inexpensive (I’m talking less than $10 an hour).

If you can’t travel and you have no opportunities nearby then make an account at italki and set up a 30 minute trial lesson with a few different teachers.

That way you can immediately put to use the dialogue list you created in the last step and help get those custom dialogues (relevant to your situation) made and practiced.

Here are some vital tips for finding the right teacher or practice partner:

Remember that you control the session. You’re the one paying.

It’s not good complaining later on that your teacher is terrible – make sure you’re getting plenty out of each session and don’t be afraid to pull the plug to find someone else.

That sounds totally counterintuitive I know.

I’ve been teaching people for years how to improve their language learning and this has always been the most contentious point I make.

I’ve gone into great detail about this before (see here) but to sum it up: studying grammar rules in order to speak is a very unnatural, robotic way to learn.

It’s frustrating, tedious and causes many people to give up (I don’t blame them!).

Languages should be thought of as building blocks – we learn languages naturally in whole chunks.

For example, take something as simple as “¿Cómo estás?” (how are you?).

You don’t learn this expression in pieces – you learn it as a whole. Even before you know how to conjugate Spanish verbs or understand Spanish pronouns, you learn that whole expression as it is.

With the first language you learned (I’ll assume English), you learned how to speak before learning its grammar.

In fact, grammar is something we study much later on in life to help us refine our literacy skills.

I’ve learned multiple languages to spoken fluency without studying grammar – just through lots of repetition of phrases and collocations (Glossika Spanish is a great resource for this).

Grammar will naturally start to come together on its own and you’ll start to recognize patterns over time.

Read here for more details on this.

Whatever your situation and wherever you live, you should make it your mission to be surrounded at all times by the sounds of Spanish.

Surround and immerse yourself.

Listen to the language even when you don’t understand what’s being said. The goal is for Spanish to become totally audibly familiar to you. It’s about familiarity.

Even when you’re not “studying”, just listen.

In the same way that songs get stuck in your head when they’re on repeat, Spanish will start to as well.