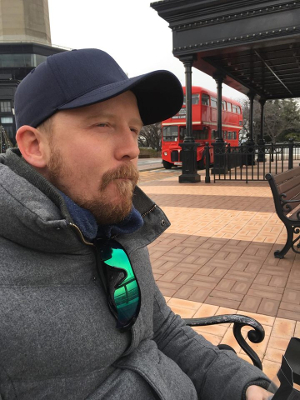 Every language that you learn after your second language is easier than the one you learned before it.

You’ve probably heard other people say that before and if you’ve learned a few languages yourself then you’ll no doubt agree that as you become a more experienced language learner over time, the entire process of learning a new language gets a lot easier.

This is especially true for languages that are a part of the same family, e.g. going from Italian to Spanish to French.

If you’re a bit of an IT geek like me, going from Italian to Spanish is comparable to switching from C to C++. You’ve covered all the foundational stuff – it’s just a matter of learning a new syntax et voilà.

But even in a much more general way, once you’ve learned another language you start to become much more aware of what to look out for in another language, e.g. grammar and syntax differences, phonetics, certain high frequency vocabulary etc. I’m confident that if I wanted start learning Mongolian for example (a language that I haven’t got a clue about), I’d be able to jump straight in and know what to look for. It’d be easier for me to learn than for a monolingual person trying to learn their first foreign language.

After the second language the linguistic equivalent of culture shock is over and it all gets less daunting.

You start to learn more about yourself.

Languages like so many other pursuits reveal more about our own selves and this in turn helps us to grow and become more mature intellectually.

When I started out learning my first foreign language back in my teens I had no idea how to approach it or what to look for. I was a complete n00b (‘newbie’ in Old Geekish) and reliant on my teacher to guide and instruct me as so many adult learners of a second language are.

These days I’ve learned so much about my own personality, my learning style and what learner ‘type’ I am, and it’s all helped me to make adjustments in how I structure my studies and tackle new problems.

How being a visual-spatial learner affects language learning

One of the many things I’ve learned about myself over the years is that I’ve always been a visual-spatial learner which greatly disadvantaged me growing up.

On my leaving certificate I had a fail mark on every single subject except music which I aced (I’m pretty good with music theory and I play a few instruments).

Because my school grades were so abysmal, no university would accept me so I had to start out at Diploma level and I failed the whole first year of my Diploma. Despite this I managed to barely convince the college to allow me into Bachelor level study (I was fortunate that intake was low at the time so they reluctantly let me try my luck).

I then failed nearly all of my subjects in the first year of my Bachelor.

You can probably imagine how discouraging all these bad grades were! Many times I nearly gave up study altogether to join a trade but a few supportive people convinced me to stick with it.

Long story short, years later I hit almost straight A’s in my Masters and became one of the top achievers in my university at the time (at this point I was so fed up with failure!).

The reason why I mention my failed grades like this is because like many other people I’m a visual-spatial learner and had to discover this through lots of trial and error and then work out how to use it to my advantage in learning.

Eventually I was able to structure my own self-learning in a way that was hugely advantageous to my studies.

A visual-spatial learner struggles immensely with syllabi and structured courses.

The majority of people are not visual-spatial but rather sequential learners and actually prefer to sit down and follow a course book from the first chapter through to the final chapter with a teacher directing them.

They also learn well with audio material. They generally take note of the minor details and work through problems in a proper sequence to arrive at an answer.

People like myself however either can’t, or find it very difficult to work like this. Although I have sat down and worked through books from start to finish in the past, I detest this way of learning and prefer to skip over the details for the whole answer immediately and then work it out my own way.

In school and then college I would often arrive at an understanding of a particular concept or the answer, but I’d work it out in a way that I couldn’t explain properly. This is one of the reasons why visual-spatial learners tend to be regarded as having a learning disorder.

I remember when I was working on a Hebrew exegetical project on Amos (Hebrew scriptures) with a friend in college (he was a sequential learner and thus we were very different learners). I quickly came up with a solution to a translation problem, but being a visual-spatial learner I couldn’t properly explain my reasoning. He worked out a much less innovative solution to the problem and received a high mark, whereas I got a low mark even though my answer was far better.

I just struggled like other visual-spatial learners to explain how I found my answer and this caused major problems for me in exams when trying to recall minor details and facts.

My mum’s always told me that as a young kid I used to destroy radios and anything electrical or mechanical because I wanted to know how they worked. She said I always wanted to see how the components fit together to work as a whole. I recently discovered that this is a fairly common trait with visual-spatial kids.

My approach to study even today is the same – I start with the conclusion or the complete concept and I break it down or disassemble it to piece it back together.

You know it wasn’t until I took up Greek and Hebrew in college that things began to really change for me. I discovered that being a visual-spatial learner could actually be advantageous, especially in terms of memorization.

Remember when I talked about image association and attaching meaning to real, tangible things and experiences? When I was studying Greek I started visualizing everything that I learned – it was like I had a huge glass screen in front of me with words and pictures on it – it was a completely visual experience for me.

I struggle to recall stuff that I hear but if I actually see it or some representation, it sticks. I write it up on the imaginary glass wall in my mind and it helps me remember everything.

I aced Greek and Hebrew.

I then started to apply this to my other subjects and suddenly I started getting good grades. What also helped me was that most of my subjects were offered in either English, or Greek and Hebrew so I chose Greek and Hebrew which meant that I could continue to apply and use my languages for all my subjects.

When writing an essay I would write my conclusion out first and work backwards, disassembling the idea with lots of brain-mapping diagrams on paper and visual aids, and then piece it all back together coherently. I would arrive at a conclusion very early on (as visual-spatial learners tend to do), then I’d work in reverse (making changes to my conclusion along the way).

It’s not a very orthodox way to write and argue in academic papers but the good results and newly discovered passion for learning are all that matter at the end of the day!

These are some adjustments I’ve made to my language learning strategy as a visual-spatial learner:

Are you a visual-spatial or sequential learner?

The majority of people reading this are probably sequential (normal) learners.

Generally speaking (and I know that many things exist on a spectrum so it’s not all black and white – apologies if I offend anyone), you will work best with structured material.

If you find that a language course book and an experienced teacher steering you in a set direction helps you then stick with it.

I’d love to hear your input on this topic in the comment section below. What are your experiences as either a sequential or visual-spatial learner?

I’m going to email out a quick survey soon with a few questions to help you work out what type of learner you are and how you can use that information to create an optimal language learning strategy. If you’re not on the mailing list, you can join it by entering your email in the ‘Join the Guild’ box at the top of this page.