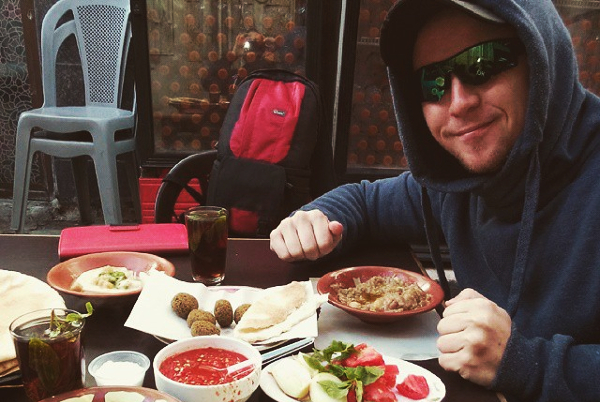 Travel changes people in so many ways.

One of the things I’m most thankful for is how much I’ve matured and grown as a person because of my overseas adventures over many years.

After 12 years of travel, I’ve learned a heck of a lot more than the 6 points I’ve shared here but these are some important observations and ones that you may not have read elsewhere.

I’ll likely continue this with a Part 2 and 3 later.

Don’t forget to share your thoughts and experiences below as well.

1. Poor people can be just as enslaved by money and status as wealthy people

I mentioned this when I shared about my experience almost marrying a girl from Egypt a while ago.

Even though her family was dirt poor, it astounded me how money and status-obsessed they actually were which ended up causing our relationship to end.

Similarly, last year I was in a short relationship with a girl in Russia who ended up coming with me to Italy for a while. She was also poor and yet it drove me nuts that all she aspired to be was wealthy and famous.

I always had this romanticized idea that marrying a poor girl from a village somewhere would lead to a happier marriage where money would never be an issue but now I know how stupid that idea is.

In fact, both wealth and poverty have a way of enslaving people to material possessions.

One’s obsessed by obtaining more and more of what he already has, and the other’s obsessed over obtaining what he does not have.

The idea that a poor man is somehow morally or ethically better than a rich guy is absolutely untrue.

I’ve known people around the world living in abject poverty who are just as morally corrupt as a wealthy CEO.

2. Beneath the surface everyone interacts in exactly the same way

When you strip away the linguistic and cultural exterior, every single person on Earth is exactly the same as the next person at their core.

We all just want to put food on the table, a roof over our heads and look after those dearest to us.

The more languages you become fluent in, the more you realize that this idea of people abroad being strange and exotic is total nonsense.

They’re doing all the same kinds of stuff as you and I, and they interact in pretty much exactly the same way with their friends and family that we do (even though it’s a different language and cultural context).

Language immersion really opens your eyes to this.

3. Cross-cultural and cross-linguistic relationships are rewarding but a lot of hard work

I realized that I’ve dated and been in relationships with girls from at least 7 different countries over the last few years of my travels.

They’ve been women from Egypt, Ireland, Russia, South Korea, Italy, France, Canada and the US.

These experiences have given me a thing to two to say about this topic.

First of all, even in countries where English is the native language, there have been very difficult cultural challenges for me. Although Canadians and Americans for example speak the same language I do as an Aussie, we’re often on a completely different wavelength and have very different values.

This isn’t just ideological either. It’s something that’s ingrained into each culture.

One example of this is humor.

A joke that Australian people would find absolutely hilarious might make no sense at all or not be funny to a person from Canada or the US even if they get the context of the joke. I’ve had many instances in Ireland as well where typical Aussie humor has come across as really obnoxious or offensive.

Of course in countries where English is not spoken it’s even more difficult and I’ve had an almost impossible time breaking through tough linguistic and cultural barriers with girls from other places (even when I’ve been fluent in their language).

The lesson here is that even though many people do it successfully, it’s a huge challenge to be in a serious relationship with someone from another part of the world – even if you’re fluent in their language or they speak the same language as you.

Usually one person has to make a lot of cultural compromises to accommodate the other person.

Compromises and sacrifices are essential in every relationship but even more when you’re dating a person from a different part of the world or someone who speaks a different language.

4. The world doesn’t need or want your progress

We think we’ve got everything figured out in the Western world.

One thing I see all the time in just about every country I visit are the Western bleeding hearts who see it as their duty to enlighten the rest of world of what they believe to be the truth.

And no I’m not talking about religious missionaries here.

I’m talking about secular, fresh-out-of-college progressives who travel to places like the Middle East and stick their noses in the politics and affairs of places that they have no right (and no invitation) to be involved in.

To say I detest these people is an understatement.

The issues going on in the Arab world for example are extremely complex and have been going on for centuries, and it’s so frustrating when some loud-mouth zealot from an American humanities department thinks he or she can come over and solve it all.

Nobody cares what you think.

I remember so many instances in Georgia (the country) where similar types of people from American and European universities came over and would lecture Georgians on issues like patriarchy, thinking that it was their duty to educate the heathens and liberate their women.

This is despite the fact that the people there have been the same for thousands of years and the women there are some of the happiest and most content I’ve seen in my entire life.

No one invited outsiders to come and be the ‘enlighteners’.

In my experience, locals don’t respect or appreciate these kinds of people.

What gives anyone the right to say that Western ideas of progress are correct and theirs isn’t, anyway?

Young college graduates today are the 21st century version of 19th century missionary zealots who think that their way is the right way.

5. Travel gets old. Making new relationships does not.

It’s about a guy having issues with his misses while on holiday in Europe and every major city he goes to just feels like the same old shit.

I sing this to myself quite a lot these days. 🙂

After you’ve done the tourist thing as much as I have, it does get old.

Traveling to a new city in some other part of the world starts to feel so routine and dull. A long haul flight for me now (since I take a lot) is like a tedious, long bus trip at times.

The only thing that never gets old for me however are the deep relationships I build in those places.

Which of course take time to build.

And this obviously entails being in a place for a decent enough length of time in order to build those deep relationships.

So basically what I’m saying is – unless I’m lying on a sandy beach somewhere with my phone off, short vacations do not excite or impress me anymore.

I move around a lot, live a minimalist lifestyle and have pretty much worked out how to go and live anywhere in the world on a dime.

It’s a lifestyle I love and enjoy but there are limits.

Most travel hackers infuriate me with their hypocrisy.

The consumerist mentality doesn’t only apply to people who accumulate ‘stuff’ (e.g. fancy homes and cars).

I believe a lot of travel hackers think that by renouncing most earthly possessions and living a nomadic travel lifestyle (“out of their backpack”) they’ve somehow managed to beat the consumerist trap.

They’ve just exchanged it for a different form of consumerism and in many ways they’ve decided to postpone being an adult.

It’s as if some people travel the world forever to avoid ever having real responsibilities.

But the fact is – responsibilities are part of being a grown-up human.

I’m not saying everyone has to own a home and have a kids but the more of them I meet while I’m moving around, the more it confirms for me that many of them lack maturity, responsibility and commitment to anything other than themselves.

Basically it’s the story of a rich kid that decided to slum it. No joke – this guy Buddha was living at home in his palace, leeching off his dad until he was 30. Then like some spoiled trust-fund baby, he decided to leave the palace and finds all this romance in self-inflicted deprivation, all the while knowing that he could ring up his dad to top off his Visa card the minute anything went wrong.