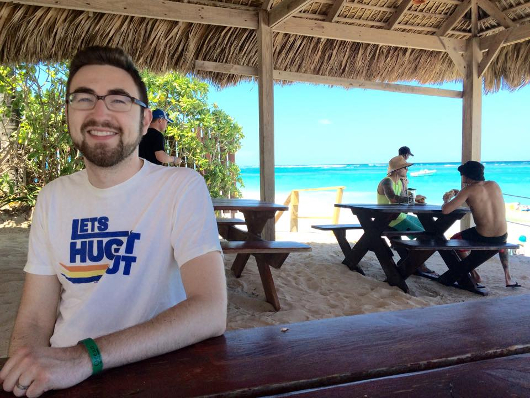 UPDATE: A friend of mine, Jared Romey, has some great material for South American dialects of Spanish (Chilean, Argentinian and Puerto Rican) that are worth checking out.

This is a guest post from Jason Eckerman who used to run a blog for Spanish learners called Spanish Vault.

Jason Eckerman is a language learner from the United States. After learning in classes when he was younger, he’s been learning Spanish on his own for the last few years.

Over to you Jason. 🙂

“But what kind of Spanish do you want to learn?”

When I stared blankly at my friend and said, “I don’t know… All of them, I guess,” I didn’t understand that there are some pretty big differences between European Spanish and Latin American Spanish (on top of the differences within Latin America).

This is an important distinction to make because by establishing which version of Spanish you want to learn, you can save yourself a lot of time in the process of learning the language.

You’ll internalize the right pronunciation. You’ll know how people address each other and how to conjugate verbs the right way. You’ll understand the accent of native speakers more easily.

If you start with one version and have to switch to the other halfway through (like I did), you’ll either have to put in more work in the long run or you’ll end up with a weird mix of Spanish from Spain, Mexico, the Dominican Republic, and Argentina (like me).

“I’m using resources from Europe but am going to be talking to only Latin Americans (or vice versa). Should I just quit and learn to juggle instead?”

If you started with one and plan to switch to the other, there’s hope. It’ll just take a little more work.

When I restarted my Spanish after 10 years away from my rusty high school Spanish skills, I started using resources with primarily European Spanish while I talked with my language exchange partner, who coincidentally was from Madrid too.

The only problem is that I’m in the northern part of the United States, and the majority of the Spanish-speaking population in my area is from Mexico with a few others from countries throughout Latin America.

I still haven’t met anyone from Spain here.

With all that said, here are a number of the biggest differences between European and Latin American Spanish.

Before I go any farther though, I want to make it clear that I’ll be generalizing for the sake of making things simple. Within Spain, there are huge variations in both pronunciation and vocabulary from one region to another.

The same thing applies from one country to another in Latin America and even within each country.

When you are talking to a group of people, how do you refer to them in English? Do you say you guys, y’all, youse, ye, you, or something completely different?

Well, Spain and Latin America have their “second person plural” counterparts too. If you’re in Latin America, you’ll probably be using Ustedes all the time to refer to the group.

Things get interesting in Spain though.

If your goal is to speak to people from Latin America (for example, if you’re living in the United States and aren’t traveling to Spain), you can save yourself some trouble here and don’t worry about learning to conjugate with Vosotros.

The tense that they usually use to express the past tends to be different here too.

Of course between Spain and Latin America, there are some subtleties for when to use the three main past tenses (imperfect, preterite, and past perfect).

In European Spanish though, it’s way more common to hear the past perfect tense than the preterite to express the past. For example, you’re more likely to hear “He hablado con ella (I talked with her)” in Spain versus “Hablé con ella,” which you’ll hear more in Latin America.

If you’re learning to speak with people in Latin America, you’ll have to get more comfortable conjugating the preterite tense.

I personally thought it was easier just using the past perfect as a crutch in the beginning (since it was easier to conjugate), so count your blessings and enjoy the benefit of that if you’re talking with the Europeans in Spanish.

This one gets kind of tricky anyways since I often hear people say that differentiating when to use one versus the other is something that they get hung up on.

To break down that ‘grammarese’ just a little bit though, normally lo is used for a person if the verb isn’t directed towards someone. For example, to see (ver) isn’t a verb that’s really directed at someone, so I would say, “Lo veo (I see him).”

Generally you would only use le if it’s a verb directed towards someone, like saying “Le doy los calcetines sucios (I give him the dirty socks),” but leismo is when you use the le with those other verbs (where you’d normally use lo).

So in Spain, where you see leismo more often, people might say, “Le veo (I see him)” or “Le escucho (I hear him),” overusing le where you should be using lo.

So to sum it up and look on the bright side here, if you screw up and accidentally use le where you should use lo, you can just say, “No, I meant to do that. I’m just speaking European Spanish.”

When I first started switching from resources in European Spanish to Latin American Spanish, this was a big barrier for me to get used to.

Everything seemed so easy to understand when I would listen to people from Spain because all the words were pronounced just like they looked on paper. No silent letters. No surprises.

But in Latin America, it took a lot more getting used to just because they seemed to switch the letter S for the letter H or just completely ignored it.

When my wife and I went to the Dominican Republic especially, it seemed like I was constantly adding the letter S in my mind to try to match what I was hearing with anything close to the Spanish words I recognized.

Even something as easy as “Cómo estás?” becomes something closer to “Cómo eh-tah?” in the Caribbean.

With enough exposure, this wasn’t a huge problem, but it definitely took some getting used to in the beginning.

Another difference in pronunciation that shouldn’t trip you up as much is how they pronounce the letters C and Z.

I’m pointing this one out not so much because it’s going to be difficult to understand but because this is something to focus on if you want to sound more like the natives in many parts of Spain.

For example, when I was singing along to songs from Spain, I noticed this a lot more when pretty common words like hace and parece were pronounced with a “th” sound.

In a lot of places throughout Latin America though, they don’t make that distinction.

The words casar and cazar sound pretty much the same, and you just have to figure out the difference from context.

Like I said before, you shouldn’t have any problem understanding the difference when listening to natives, but this is important for speaking if you want to improve your accent more.

When I started talking to a language exchange partner from Argentina, this was another interesting little exercise in pronunciation.

There isn’t much of a difference between how you would pronounce the LL and Y in Spain versus most countries in Latin America. If you go to Argentina or Uruguay though, that’s a different story.

Depending on what part of Argentina or Uruguay you’re in, those might sound like either an “sh” or “zh” instead of what you’d expect a letter Y to sound like.

For example, when I was talking to him and said the word calle, he had no idea what I said (or maybe he was just trying to train me in how to pronounce it like an Argentine) until I started saying “cah-shay.”

Vocabulary is something that can vary a lot from country to country, even throughout Latin America. For example, it seems like just about every one of the twenty-some Spanish-speaking countries has their own version of the word “cool” (guay, padre, chido, chévere, bacán, bacano…).

It seems like there is an even bigger gap between Spain and the Latin American countries though.

The list can go on and on, but I especially want to draw attention to one example to really highlight the difference.

You can use this in Spain in a lot of different situations to say either grab or take. This would be totally appropriate to say that you were going to take your suitcases, grab some potatoes, catch the train, etc.

Don’t use this in Latin America!

The difference here is that in Latin America it’s the more vulgar form of “to have sex with.”

So the next time you’re talking with Spanish-speakers from Latin America, think twice before you’re going to coger a suitcase, potatoes, or a train… My guess is you’ll either get a strange look or a reputation that you really don’t want.

While some of these will make it harder than others to understand what you’re hearing, it’s especially important to know these differences if you want to continue to improve your speaking and sound more like the natives.

Remember that if you’re interested in South American Spanish varieties, my mate Jared Romey has some great material for South American dialects of Spanish (Chilean, Argentinian and Puerto Rican).

Also check out this Spanish numbers guide we made that will help you get your head around counting.

For take a look at our list of best books for learning Spanish.

Are there any other differences you can think of between European and Latin American Spanish? What’s your experience been with learning the different versions of Spanish?