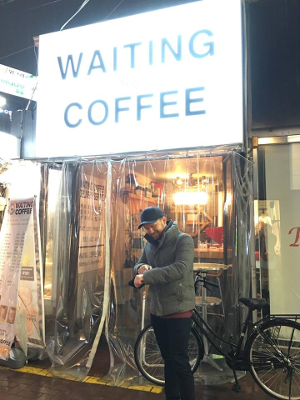 You can’t learn a language passively.

That is to say that there’s no chance you’ll ever pick up the ability to use a language just by having passive exposure to it – even if it’s over a long period of time.

This idea or belief that languages can be acquired (or at least partially acquired) through many hours of listening and/or reading is still popular with a lot of people.

In other words just being around (“immersed” in) the language minus the work on your part.

I’ve explained before why language ‘immersion’ is such a misunderstood concept because people erroneously view it as a passive process.

Just having language around you – whether you’re in the country or not – does not equate to being immersed.

Passive activities that are still often touted as conducive to learning include:

Language learning – whether they’re our first, second or eighth – is the result of active use and engagement.

We learn and refine spoken language through an active back-and-forth process called negotiation (I explain what this is here).

Simply put, time-wasting nonsense is anything that makes your life unnecessarily more complicated than it needs to be.

An example of this is switching your computer or gadgets’ language settings.

This is often touted as a good strategy for at-home immersion (forcing you to learn a handful of operating system terms) but in reality all it’s doing is complicating your life and slowing your productivity down.

It leaves you with the illusion of learning.

The same can be said of time spent on passive listening activities like watching films or listening to music.

If these activities act as a substitute for actual learning or usage then you’re wasting time.

You’ll get more benefit out of a short conversation where you’re using the language than countless hours of listening to music or some other effortless activity.

That being said, leisure activities that challenge you to analyze and improve can be super effective listening strategies (e.g. I like to watch Egyptian talk shows and closely analyze the dialogue).

Similarly, the strategy of putting foreign language labels around the house on furniture is beneficial not because you’ll see the labels but moreso through the actual process of translating and creating the labels.

Passive listening is not a learning strategy

By all means have target language music playing in the background while you’re busy.

Set your operating system to your target language, sleep with it in your headphones and play video games in other languages if that’s your thing.

But I would consider these things closer to a distraction or even sheer laziness than an actual learning strategy.

It may help you increase familiarity and your ability to notice what you’ve already learned but it’s not a strategy you can depend on for improving fluency.

Ask yourself if your passive listening approach is based on a desire to simply avoid interaction with people and the hard work that goes into studying and using the language.

I believe this is true for many people.

Languages are learned through usage and hard work.

Cardinal Mezzofanti (the world-famous polyglot who this site is named after) is an amazing icon for the language learning community.

According to his biography, Mezzofanti’s first foreign language feat was picking up Greek and Latin by overhearing seminary classes while he worked as a carpenter across the street.

And this was before he was even able to read his own language:

He was placed, while yet a mere child, in the workshop of his father, to learn the trade of a carpenter. As is usual in the towns of Italy, the elder Mezzofanti, for the most part, plied his craft not with doors, but in the open street.

And it chanced that the bench at which the boy was wont to work was situated directly opposite the window of a school kept by an old priest, who instructed a number of pupils in Latin and Greek.

Although utterly unacquainted, not only with the Greek alphabet, but even with that of his own language, young Mezzofanti, overhearing the lessons which were taught in the school, caught up every Greek and Latin word that was explained in the several classes, without once having seen a Greek or Latin book.

This anecdote from the biography of Cardinal Mezzofanti illustrates what could be used to make the case that passive learning is effective.

But there’s nothing in this story that gives the impression that he learned passively.

It was incidental (in other words, he was in a situation and place that helped his acquisition) but it would appear that he used this opportunity to listen and repeat (active learning) while engaged in another activity.

When we study a foreign language, most of what we learn is intentional – we pick up a book, listen to an audio file, watch a movie, etc. in order to seek out knowledge about something specific.

Incidental learning is unintentional – it’s when you learn new things naturally without seeking it out, e.g. reading a book for leisure and discovering new words along the way.

Mezzofanti picked up Greek and Latin while doing carpentry work in the street and overhearing the languages.

He didn’t pursue Greek and Latin (at least not initially) but he picked it up by being in the right place at the right time.

But even this required active work on his part.

How passive language exposure can actually benefit you

I’m not saying that passive exposure is detrimental.

Passive listening and reading are beneficial in that they improve our ability to notice.

The more familiar you become with anything, the more you’re able to pay attention to increasingly smaller details.

So passive exposure to Italian is going to help me get used to Italian.

있잖아! (it-jana) and !يا سلام (ya salam) in Korean and Arabic are two example expressions that come to mind where passive exposure over time helped me notice the various contexts in which they’re used by native speakers.

Learned expressions during study get cemented through tonnes of passive exposure.

When I was living in Russia, a lot of the Russian I had studied became properly learned through passively listening to my Russian host family arguing with each other every day. 🙂

So passive listening exposes you to minor variations of already learned expressions which over time increase your familiarity.

Consider passive listening as a downtime activity during rest time from study but don’t rely on it as a learning strategy on its own.