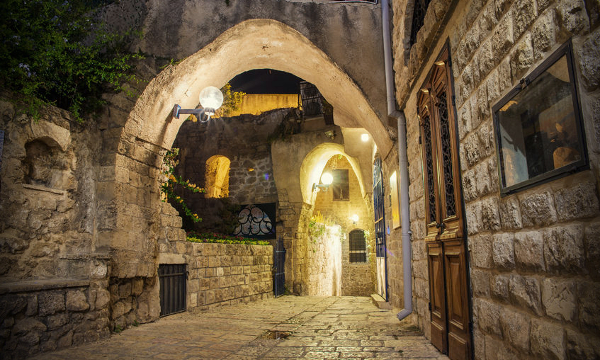 Ulpan (plural ulpanim) is a name of a specific type of immersion used in teaching Hebrew in Israel.

The method includes three core principles: teach Hebrew in Hebrew, focus on practical skills, and introduce students to the culture.

However, currently it is used a little more freely.

You will find online platforms and language courses calling themselves ulpans, even if teaching doesn’t take place in Israel.

In this post the term ulpan will refer to the traditional concept of ulpan immersion learning. The only difference being that I don’t consider it being aimed only at new immigrants.

Ulpanim have many advantages and the aim of this post is not to discount this learning method.

It’s to give a different perspective.

We’ll challenge the view of those who say taking an ulpan course is the failproof method to learn Hebrew.

Because that’s definitely a stretch.

What is an ulpan?

The concept of the ulpan (אולפן) dates back to the late 1940s at the beginning of independent Israel.

After the country’s creation, Israel was experiencing a deluge of immigrants. While all shared the same religious background, they came from culturally diverse regions.

Most importantly though, none of the arrivals spoke Hebrew.

Not only that, even the initial inhabitants of Israel and the founding fathers were not fluent in the language.

In the 1940s Hebrew was still in its infancy, far from being a fully-fledged language.

It was not spoken in a variety of everyday contexts and was only beginning to be used in administration.

Ulpanim were designed to level the linguistic playing field among new Israelis.

Hebrew education was to ensure that the language became the official language of Israel not only in theory, but also in practice.

Another goal of providing the same education was more ideological.

Immigrants from different backgrounds and communities naturally had different values.

Aside from teaching Hebrew, ulpan educators introduced the students to the principles of the emerging Israeli culture. Additionally, classrooms offered an opportunity to expose students to cultures they likely never came across before.

This taught tolerance and prepared the new immigrants for later life in the socio-cultural patchwork of Israel.

Back in 1940s there was no language shared by all new immigrants that could serve as a medium of instruction.

You might think Yiddish could be a good choice but Yiddish was only used by the European/Ashkenazi Jews.

It also acquired a negative connotation with the diaspora mentality and the tragedy of World War 2.

Limiting language choice to Hebrew ensured that everyone learned at the same pace.

Forcing students to figure out Hebrew from listening and interaction was meant to mirror the way children learn. That’s the basic principle of immersion.

An example of that is the app Duolingo.

But imagine how long it’ll take you to figure out basic pronouns this way!

For adult learners at a very low level immersion can actually slow down progress.

As adults we have enough abstract understanding of grammatical concepts to be able to follow a simple explanation of how the language works.

Having to rely on immersion can be really frustrating.

Imagine explaining that the masculine and feminine verbs have different endings. It requires multiple examples, a lot of hand-waving and pointing at different people.

An hour of such strenuous brain effort can be efficiently summarised in a one-sentence explanation.

If you can’t express yourself in Hebrew, it’s also pretty much impossible to ask questions.

In modern day ulpanim you can try to use English as a last resort.

But, even now you will find classrooms where not all students speak English.

What does this lead to?

While the teacher is likely to understand your question, there is no guarantee everyone in the classroom will.

Likewise, if someone asks a question in Arabic, the second official language of Israel, you will be the one at a disadvantage. Ulpanim avoid using other languages to prevent this linguistic inequality.

Bottom line: it’s really hard to learn Hebrew in Hebrew from zero in a classroom of people who don’t share a common language.

Total immersion for adults can slow down language acquisition of complete beginners.

Don’t be mistaken though.

Learning Hebrew in Hebrew can lead to exponential progress.

But to really benefit from this method, you need to be at a higher level than a beginner.

Ulpan Principle #2: Practical use of the Hebrew language

Traditionally the goal of the ulpan was to prepare students for daily life in Israel.

This aim still visible in the modern ulpan classes which stress the practical use of the language.

And it is great if your goal is to learn to use Hebrew in practice.

Who wouldn’t have that goal?

There is always a variety of reasons why people choose to learn a language.

Examples of goals that don’t involve learning practical, everyday skills might be: reading academic papers or understanding a political commentary.

Of course, if you learn at an ulpan for a few years you will eventually achieve a level that will allow you to read Ha’aretz.

But if this is your primary goal, there are more efficient ways of approaching it.

You will reach it much earlier if you skip the practical in-class conversations.

Problem #2: Classroom teaching as a method

At this point it’s also worth highlighting one slightly obvious point.

If you don’t like learning in a classroom then an ulpan course is not right for you either.

When you learn with a group you need to put up with… well, other students!

That means varied levels of brightness, sometimes annoying questions, and discipline issues on top of that.

It sounds like I’m preparing you to be a teacher! 🙂

At higher levels of ulpan classes you might be learning together with the members of the Mechina Program.

Mechina is a course preparing new immigrants for university admission.

An essential part of the program is ensuring the students have a level of Hebrew sufficient for higher education.

Learning together with “real Israelis” is an excellent motivator.

Because passing a Hebrew exam has a tangible impact on the future of these students they are highly motivated. Plus their drive to learn is infectious.

However, learning together with the “Mechina crowd” can also influence the content of the classes.

The lessons can be more focused on academic terminology and writing.

Of course, it can still count as exploring the practical use of the language.

It’s just that this use is not necessarily practical for you.

Language is not just grammar but also the socio-cultural system it’s embedded in.

We all know that.

It’s usually an interest in one or another aspect of the culture that prompts us to study a language.

Historically the prompt that motivated people to study Hebrew was creating a new, shared Israeli identity. Speaking Hebrew symbolised unification of all the Jews of the world under the umbrella of the same cultural values.

Ulpan teaching was aimed to foster a sense of belonging and patriotism towards the new homeland.

These principles left a trace in the modern ulpan education and in the profile of ulpan attendees.

Ulpan classes will teach about, among others, the history and geography of Israel.

It’s hard to be objective in the presentation of these topics.

Even if the curriculum leaves room to present a balanced account, the teacher is likely to touch a sensitive place of at least a couple of students.

So you too need to be prepared to be exposed to views that don’t align with your principles.

Ulpanim were aimed at Jewish attendees, so the content of the classes can often make references to religious traditions.

Many in-class or after class events will also be related to Jewish festivals.

It’s not to say ulpan education can be considered religious.

But if you aren’t familiar with the Jewish culture you might feel slightly left out and disconnected. And if you are averse to anything religious, you might find ulpan classes frustrating.

Incorporation of religious and traditional Jewish values in the classes can attract a specific type of student.

Aside from new immigrants, ulpanim are often attended by people with a strong affiliation with Israel, or those on the path of (re-)connecting with their Jewish identity.

These students can often hold strong opinions which may not align with yours.

Of course, disagreements and frustrations can happen in any classroom situation.

Whether it’s a Portuguese or Swahili course, you can come across people who don’t share your worldview.

However, it’s usually not a specific worldview which motivates students to attend a language course.

And this can be the case with a Hebrew ulpan.

Remember, there is a difference between zealot learners and learning zealots.

To Ulpan or not to Ulpan?

In the past, the principles of the uplan education directly expressed the ideology of the new country of Israel.

It also had to ensure people of diverse backgrounds held the same vision for the shape and future of their new homeland – providing everyone with the same education and a shared experience fostered a sense of common identity.

Depending on the specific course, they can be displayed more or less strongly.

Ulpanim can be great if you already have some knowledge of the Hebrew language, and if you don’t mind mild cultural indoctrination.

They are not good if:

So, to ulpan or not to ulpan? The choice is yours.

If an ulpan course doesn’t seem right for you, consider creating a tailored Hebrew immersion environment at home!