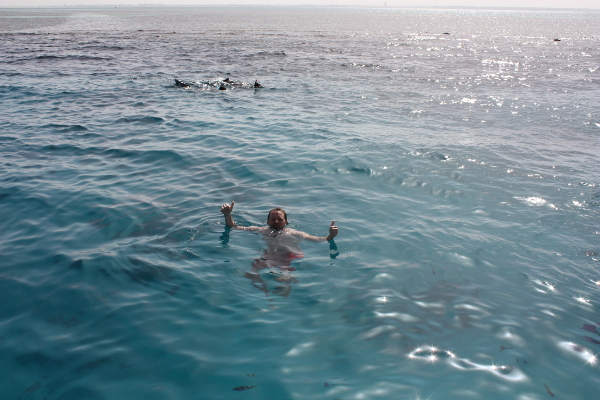 I’ve talked quite a bit about how the words fluency and advanced are the most misunderstood and misused words by language learners and blogging “experts”.

Well immersion is another one.

Funnily enough, these words remind me of words like fascism in the media; they get thrown around so much these days that nobody has any idea what they mean anymore.

“Just immerse yourself in the language.”

“I’ve been studying for so long and I still can’t speak properly.”

“You just need to immerse yourself.”

In the wise words of Inigo Montoya:

…just being surrounded by the language

It’s not as simple as just having it all around you like it’s a cologne or an aura.

Being surrounded by the language should in fact be a by-product of language learning – not the goal itself as confusing as that may sound.

Keep reading and I’ll explain why.

…having Michel Thomas croon you to sleep

Damn. I really love the idea of having an old man whisper in my ear while I try to sleep.

Yes, people ask these kinds of questions a lot.

Likewise, TV or radio that you don’t understand playing in the background isn’t going to suddenly start making sense to you.

While you’re busy trying to decide whether or not that message box on your screen says ‘Are you sure you want to format this drive?’, other people are using their computers for productive things like learning languages and meeting people.

Am I against setting gadgets to other languages?

Am I against time wasting, procrastinating exercises that unnecessarily complicate our lives even more than they already are?

…just going to another country

If you think travel to a place = immersion then you’re setting yourself up for a painful arse-landing.

Don’t fall into the silly trap of thinking that travel brings automatic results.

The millions of expats living in places for many years who haven’t learned the local languages are proof of this.

Just being there does not make you immersed.

“Oh well if you just travel to the country…”

“Live there and immerse yourself.”

These are examples of the most common silly suggestions about language immersion.

So what is language immersion?

And here’s where I tell you something profound and earth-shattering that’ll blow your mind.

It’s you doing all the things you normally do in your own language; living life as you normally do only through another language (not necessarily in another place though of course it’s better to be).

Here in Egypt I rent a dive in the city, I buy food and toilet paper from the shop downstairs, I ride the metro, I workout, I meet friends for coffee…

I do normal, mundane shit every day.

I’m a normal guy doing the same average, routine things I do anywhere else.

Only difference is it’s in Arabic rather than English.

I live a completely ordinary existence except that I sound different when I open my mouth.

By simply living and functioning in the language like this (to the best of your ability), you’re going to be surrounded by it as a result and therefore being surrounded is no longer the goal in and of itself.

What if you don’t live in the country of the language you’re learning?

Ask yourself – how can I live and interact with people in my community or online as I normally would in my own language through another language?

I often see people ask the question, “What should I talk to a language exchange partner about?”

Would you ever ask this question if you met somebody in your own language?

“What should I talk to this person about?”

Shit no. (might happen if you’re on a nervous date or standing in a slow elevator with someone you ‘kinda’ know though) 🙂

Just be yourself and let it be a natural exchange between two people getting to know each other rather than making everything awkward and weird.

Immersion is a deceptive analogy

Immersion’s a water analogy – being submerged in and covered by it.

But it’s a deceptive analogy in a sense because being surrounded is generally a passive thing. You can surround yourself with something without ever interacting with it.

With language learning this is never the case however!

It depends completely on interaction and language immersion simply isn’t there if it’s not interacted with.

Immersion = living in and engaging/interacting with the world through another language.

It’s doing all of the things you normally do, except that you sound different. That’s all it is.