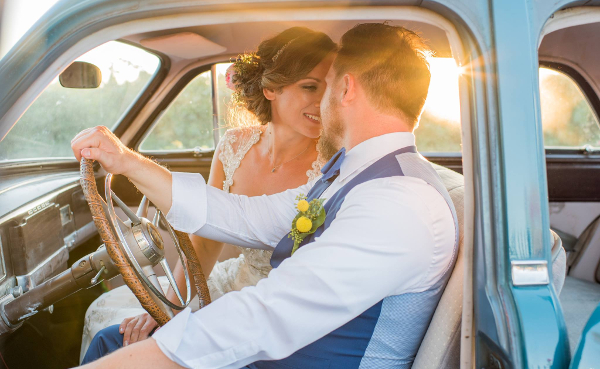 I’ve been receiving emails, private messages and social media comments asking where I am and why I seem to be so out of action lately.

Well I have been less present online sadly it’s true but for good reason/s! 🙂

The first reason being that last week I actually had my wedding here in California (remember this?).

It was an amazing day and still hard to believe that just a few short years ago, my stint in South Korea brought me and the woman I’m spending the rest of my life with into each other’s lives. Since then, it’s been an absolute roller coaster (we kept in touch while I was in Russia, Italy and Egypt, reconnected in Qatar and finally became official on my first trip to the US last year). Phew!

When in #Korea do as the Koreans do 🙂 Astro Boy couple outfit!

Since so many of you have been following my language learning adventures for 5+ years now, I was excited to share the news of this milestone with you.

Solo adventuring is now officially over for me (a good thing)! 🙂

But it gets even better.

I have bigger news to share with you… ready…?

Still feels strange to say that!

This is literally what I’ve wanted for pretty much my entire adult life (at 32 I’m starting very late) and admittedly, while travelling the world this past 12 years and through all the insane adventures I’ve had, I’ve never lost sight of the fact that starting a family is ultimately what it’s all about.

Meeting many single world travellers around the world who are 30/40/50+ years old and who see travel as the be all and end all of life has always depressed me greatly (no disrespect intended).

Eventually, it all gets mundane and travel loses its buzz when there’s no one to share it with.

For me there came a time in my own vagabonding when I wanted to take all the incredible experiences I’ve had, cultures I’ve experienced and languages I’ve learned, and begin to impart them to the next generation.

So the good news is – we’re a travel family and always will be, especially being from opposite ends of the earth.

We’ve already begun to experience the benefits (and many challenges) of being a multinational family but it’s seriously exciting let me tell you.

This will be an entirely new dynamic for me: experiencing cultures and languages as a family from now on.

I’m sure that over the coming months and years I’ll have a lot to share with you on new travel and language immersion experiences from the perspective of a husband and father (rather than just a solo adventurer!). 🙂

A question for all you bilingual parents out there!

The weird thing is – it’s something I studied a lot during my Masters and felt very knowledgeable about but now that I’m actually going to have to apply it to my own child, it’s actually becoming quite daunting!

Here are my questions to you parents out there:

What approaches have you taken with your kids?

At what age did you start?

Was it a success or failure in your opinion?

Now… back to work and language learning! 🙂