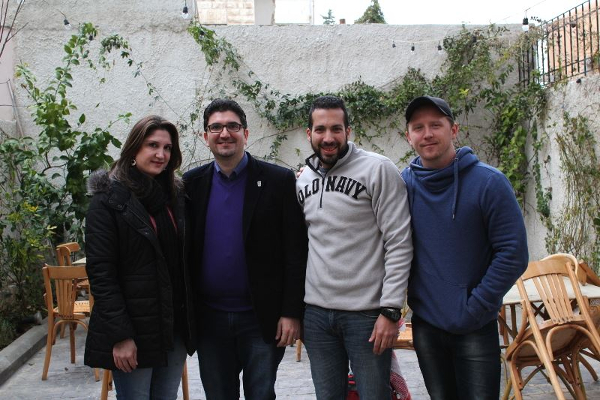 One thing that I’ve really tried to cultivate here over the past 5 years is a sense of community.

Whilst language learning is usually thought of and undertaken as a personal endeavour, we shouldn’t lose sight of the fact that spoken languages are an interpersonal skill and therefore have everything to do with other people.

It’s hard to succeed at anything when you’re surrounded by the wrong individuals.

And I’m not just talking about people who intentionally drag you down either – indifference can actually be worse.

No matter what you’re trying to accomplish in life, you’ll have a far better outcome if you strive to situate yourself in a constant atmosphere of encouragement and positivity.

I’ve lived all over the world this past decade and had many experiences that in retrospect I can’t even believe I had.

I’ve lived in remote areas of Egypt and learned Arabic fluently (I “nearly” married an Egyptian girl who spoke no English), travelled to and lived in Georgia (the country), Russia, South Korea, Eastern Turkey, the Irish Gaeltacht, Qatar and the Italian alps to name some.

As well as Arabic, I’ve had a chance to learn many other languages such as Russian, Irish and Korean.

I succeeded at doing so much that I set my heart to.

Because I made a serious decision long ago to remove and distance myself from negative, damaging personalities and environments, and to surround myself with people and things that build me up.

I placed an incredibly high value on my time and my attention.

I’d like to say this was an easy thing to do but it wasn’t.

It often meant taking a cynical and snobbish approach to relationships (Is this thing going to help me improve as a person/Is putting up with a person’s negativity or indifference worth my time?).

In many cases the answer was no (although it’s not always immediately apparent).

Reaching goals is not just about hard work (though of course this is crucial) – it’s also about discerning necessary/advantageous obstacles vs. obstructions to success.

My first Arabic teacher once said this to me:

“When you learn to speak Arabic, you’ll have two personalities – your English personality and your Arab personality.”

I understand this now (at the time I didn’t).

Not just the learning of the language but actually replanting myself into a new community surrounded by supportive people (both native and learner alike) meant that not only did I become a speaker of a new language but a new me developed.

The context that I chose to exist in and assimilate to is the reason why I’ve consistently succeeded at it.

Remove yourself from indifferent and/or negative environments and friendships, make drastic changes and allow it to change and improve you.

Not only will it improve your success with pursuits like foreign language learning but it’ll make you a better person overall.