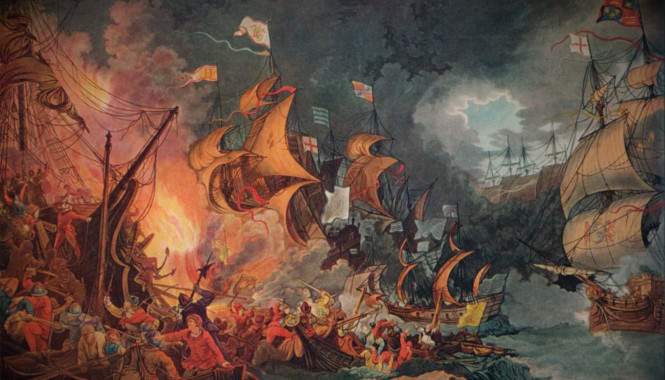 Learning Spanish verb conjugation is without doubt the thing that concerns prospective students the most in my experience.

It’s also the thing that should worry them the least! 🙂

I’ll explain why in a moment.

It’s true that every student has to contend with Spanish verb conjugation and irregularities.

Like numbers, you can’t really communicate effectively without (fairly) accurately conjugated verbs, after all.

But there are two things I want to make clear from the outset:

1. Memorizing lists of conjugations is the wrong way to go about it. Donovan has talked about this many times before. You should never learn a language just by memorizing rules.

2. Irregularities can be learned gradually over time so don’t stress!

I cover both these points in detail below but first, let’s go over the fundamentals of Spanish verb conjugation.

NOTE: I’ve covered the most comprehensive Spanish online course available in the past, which covers Spanish verb conjugation in amazing detail. Definitely check it out.

Spanish (regular) verbs can be categorized as one of 3 types/classes depending on their infinitive endings:

Don’t let the different vowels throw you though – you can spot the patterns instantly.

For the simple present tense, the 3 types are almost identical in their verb conjugation pattern with some very slight (insignificant) changes.

You’ll notice that there are only slight deviations in the 1st and 2nd person plural forms (we and you (pl.)).

But don’t get hung up on these tiny, insignificant Spanish verb conjugation deviations – in real conversations, you’ll barely even notice them! In fast, natural conversation, these subtle vowel changes blend together and sound pretty much the same.

Also remember: irregular verb conjugation doesn’t follow these rules (but that’s not a big problem as I’ll explain in a moment!).

Simple past tense (the Preterite)

This is basically the equivalent to a verb ending in -ed in English.

Let me start with the best part: -ER and -IR verbs (mentioned above) are all conjugated the same way for the Preterite.

That means you get to kill two birds with one stone. 🙂

Here are the conjugated Preterite endings for both -AR and -ER/-IR verbs:

El Futuro is insanely easy compared to the present and past tenses.

You only have to worry about one conjugation for all 3 classes. Yep – one! 🙂

It works off the full infinitive form though.

So you’re taking the original dictionary form (the infinitive) and just appending the Spanish future conjugation to it as a suffix.

This is all you need to learn:

Irregular verb conjugation (why you shouldn’t stress about them)

If you’re brand new to Spanish, you may have heard of it but aren’t quite sure what it is or why people make such a big deal out of it.

I’ll give you some examples in English (which also has many irregularities) that’ll help you understand Spanish irregular verb conjugation better.

How would you conjugate the verb to kick in English?

Then to form the past tense, you basically just stick -ed on the end of the verb kick – kicked. (for he/she/it you’d obviously take off the -s).

To take it a step further, if you wanted to form a present continuous verb out of kick, you’d just put -ing on the end.

The verb follows a very predictable and regular pattern. It doesn’t break any rules.

But what about verbs that do break the rules?

English has many of them!

Think of the verb to sleep. You don’t say “I sleeped” or “they sleeped”.

This is why they’re called irregular.

What it means for you as a learner is that you can’t learn these verbs by memorizing rules (you shouldn’t anyway). Rather, you have to learn them independently and apart from the patterns of regular verbs.

Irregular verbs exist in pretty much all languages.

Spanish is no exception.

While regular patterns certainly exist, there are also irregular verbs that need to be learned independently.

This may sound stressful but here’s my advice for you: you’ll naturally pick them up over time.

Don’t worry about them.

Just learn the regular patterns and gradually pick up the exceptions over time (if you accidentally use a regular pattern with an irregular verb, people will probably still understand what you’re trying to say!).

It all just takes time and exposure.

Like I said, in English we have many irregular verb patterns.

But here are two tips that will help you immensely:

2. Most irregular verbs still follow one of several obvious patterns that are fairly predictable.

So to use English as an example, the verb to sit follows the same pattern as to spit. Their past tense forms rhyme with each other (sit, spit).

Look at to drink and to sing. Past tense: he drank and he sang.

Spanish is actually quite similar.

Here are some of the most common Spanish irregular verbs:

As you can no doubt tell, just by glancing at this list, they are pretty much all verbs that are used frequently in conversation.

The verbs that we can’t really communicate without.

Here’s the present tense conjugation for the first one (ser) (to give you an idea of the irregularities):

Almost all of these verbs are also irregular in English so that’s something important to consider! 🙂

Again, don’t get hung up on the irregularities in Spanish verb conjugation.

Just take your time (patience!) and learn them in context.

Everything you’ve heard about learning Spanish verb conjugation is wrong

So what I alluded to in the beginning is that memorizing lists of Spanish verb conjugations is a mistake.

A lot of people – I would even argue most people – think that in order to learn to speak fluent Spanish, they have to memorize all the rules first.

“Before I can have a conversation, I need to know all the right conjugations.”

This is a recipe for failure.

People who approach Spanish like this basically never end up speaking Spanish for two reasons:

So I’m kind of contradicting my article here in a sense by telling you to stop trying to memorize of all this information! 🙂

What’s the alternative then?

Just focus on phrases and sentences.

Over time, you’ll naturally learn the rules and patterns through exposure and practice!

Okay, so you’ve decided to ignore my advice and learn all the Spanish verb conjugations anyway.

Here are some ideal online resources and a few excellent books to learn Spanish that I recommend which cover verbs really well:

For books, you should definitely own Barron’s 501 Spanish Verbs.

Along with that, I’d also recommend The Ultimate Spanish Review And Practice, and Mastering Spanish Vocabulary (not quite verb-specific but also Barron’s).

For an online course that covers Spanish verbs in details, do a trial of Rocket Spanish.

It’s the most comprehensive online audio course by far.

Rocket Spanish is a structured, linear course that walks you through each lesson from start to finish. It’s ideal for someone new to Spanish.

For a less structured online alternative, take a look at SpanishPod101.

It’s a podcast style lesson database. Not structured as well as Rocket but definitely lots of great content to work with.

Looking for a Spanish tutor or teacher online?

Look no further than italki.

If you love Spanish but can’t travel to Spain or Latin America, no problem! italki is amazing.

Lastly, if you took my advice and decided to avoid memorizing grammar before speaking, use Glossika Spanish. It’s an audio sentence trainer that doesn’t teach by way of rule memorization.

Glossika’s available in both European and Latin American Spanish.

You can find other excellent Spanish resources here.

Do you have any advice for learning Spanish verb conjugation?