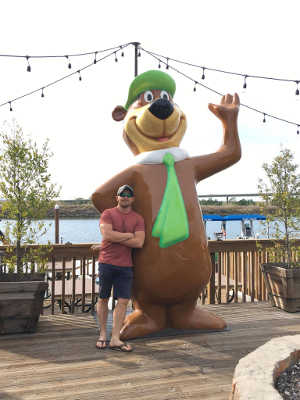 I realized I’m long overdue for an update on what’s been happening recently with my language project and plans for 2018.

As you may know, I shared that my plan for this year was to focus on improving my Koine Greek and attempting Modern (spoken) Greek at the same time.

The goal being to see to what extent one can benefit the other.

Part of my strategy here included re-reviewing Michel Thomas (my review has become one of my most highly criticized pieces yet by his many loyal followers!).

I’ve also been eager to share with you some of my learning strategies for written/dead languages like Koine. E.g:

My original plan early this year was to travel to Greece around my birthday (recently past) for Greek immersion and to document the experience on video. This is one part of the world I’ve never visited and right now it’s at the top of my bucket list.

Unfortunately, the trip to Greece had to be postponed for a while because of distractions and some health issues that came up a few months ago.

I could have still gone to Greece but it wouldn’t have been as well planned as I like so I’d much rather take some more time to prepare for it and make sure my language is at a decent level before arriving.

There’s a question mark that remains over my Greece trip for 2018.

I have a lot to share in the coming months that Koine Greek learners will find particularly helpful so stay tuned if you’re a Greek learner.

But for now I have other big news to share. 🙂

Returning to the Irish Gaeltacht and refreshing my Irish

In a few weeks time I’ll be heading back to the Irish Gaeltacht. 🙂


These are the pockets of Ireland where Irish (Gaeilge) is still spoken as a first language (also the prettiest!).

It’s actually been over 5 years since my last immersion trip to Ireland.

Hard to believe that much time has gone by already!

In case you weren’t following me back then, I studied Irish for 8 months in a fairly remote town in Australia (virtually no contact whatsoever with native Irish speakers and before italki was a thing) and then I took off for an immersion trip to Ireland to put it all to use and document my time there.

I learned a lot from the experience – for one, discovering just how challenging it is when you spend a considerable amount of time without speaking and then thrust yourself into an immersion context where you’re expected to communicate with fluent speakers.

For that trip, I spent most of my time in Donegal (at Oideas Gael) and a little in Connemara (around Galway).

This time, I’ll be primarily in West Cork and Kerry getting some exposure to the Munster dialect which is actually the dialect of Irish I most wanted to learn from the very beginning.

It’s also I think the dialect with the least amount of published resources.

Both mine and my wife’s families originate from this area and I still have a living relative there so I’m really looking forward to being back (I lived in Cork many years ago).

In particular, this will be a chance for us to take our 17 month old son on his next adventure (no doubt it’ll be a little less chaotic than his Arabic immersion trip last time).

So now I’m in a race to quickly brush up on a language that I’ve shelved for quite a while.

I’ve been going over Irish language material this week.

Brushing up on a ‘rusty’ language is always a fantastic indicator of how well you originally learned the language. I always say that if you learn a language well the first time, you never forget it.

If you’re one of these people who says, “I studied it but I’ve forgotten everything” then it means you never actually learned it in the first place!

So this will be an eye-opener for me.

Just going over some Memrise content recently and listening to TG4 again, I’m already spotting areas of the language that I’m still strong at and parts that I feel completely back to ‘square one’ on. My goal is to be able to hold some interesting conversations in Cork and Kerry in the coming few weeks.

I’ll update you on this shortly.

In other BIG news…

The Nagel team that is.

At the end of this year, God willing, Aidan will have a little sister and I’ll be a protective dad to my first daughter. 😉

It often amazes me when I look back and see that just a few short years ago, I was galavanting around the globe on my own without a care in the world (the only care being ‘where to next?’). Now I’m about to be a dad of two.

How has being married and having kids changed things for me as a world nomad polyglot?


There have already been a number of opportunities for overseas travel and language immersion that have come and gone because of familial responsibilities.

Or the simple fact that I don’t want to be away from my son for more than a week and miss important developments in his life.

Hard to explain to someone without kids but there’s infinitely more enjoyment out of watching your toddler sit on his mum’s freshly planted flowers than backpacking through exotic locations to earn social media points (the High On Life tragedy last week was a huge reminder of what matters).

Also, because time is more limited these days, I find myself often weighing up whether or not a language pursuit is worth the time investment long-term (I always did this anyway but now even more so).

Every choice comes down to:

“Is this the best possible thing I could spend my time on right now that will benefit my kids in 10 – 20 years?”

So language learning (and everything else) for me has become far less whimsical since becoming a parent.

My passion continues but I just treat my time management a little more serious now. 🙂

I must say it’s pretty amazing listening to my son repeat Irish vocabulary while I’m studying!

I’ll have more updates on my son’s language progression too soon and some of the applicable things I’ve learned from it (I’ve been closely observing his 1st language development as mentioned recently).