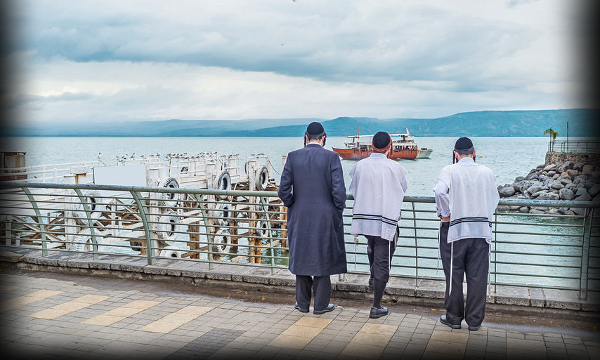 But, without them it’s impossible to progress. How amazing it would be to draw lessons from the mistakes of others, and skip the embarrassment of making them ourselves?

You are in luck.

This is exactly what I did to help you learn Hebrew.

You’re right, this is not entirely accurate. I didn’t make these mistakes deliberately.

I only noticed them later, after I learned about the science of language learning and efficient memorisation.

If I could start learning Hebrew again my process would be slightly different.

This point is repeated so often that it has already become a cliche.

Without a clear goal it’s hard to choose an efficient path.

I know what you’ll say. Not everyone has a specific career, or education aim related to Hebrew. Some are simply, erm.., nerds — they enjoy exploring a new language just for the fun of it.

However, even if you’re starting as I did — motivated with sheer curiosity — it’s best to divide the learning process into specific stepping stones.

The simplest way to approach it is to set yourself a task to complete after every step.

In the beginning of the learning process these tasks have to be simple. The goal here is not to impress anyone, but to maintain motivation and track your progress.

Here are a few examples of small challenges you can set yourself when you’re learning Hebrew:

In principle, that’s not a bad idea. Yet, without a system of ordering or reviewing them, you’ll end up having to go through the whole stack each time.

My pile of cards was continuously growing, and becoming increasingly intimidating.

Sorting through the flashcards manually, while not impossible, is time consuming and inefficient. Programs using spaced-repetition-system (SRS) manage this process for you. They keep track of what you remember, and calculate when exactly you should review to increase retention.

There are many learning platforms and apps that use SRS. Likewise dedicated services to help you create and share vocab decks.

It can seem convenient to use ready-made flashcard decks but, I wouldn’t rely on other people’s word collections.

Imagine you’re in a supermarket, and have already filled your shopping trolley. Would you swap it with any random shopper? Even though you have the same goal — to eat — you probably don’t share the same taste, and the approach to nutrition.

It’s the same with learning vocabulary.

With platforms like Memrise or Anki, you can create your own flashcard decks, and list only the items you want to learn. Pick words that appeared in your textbooks, those you noted down in conversation classes, or learned from texts.

This approach includes a learning bonus! By creating flashcards yourself you add an extra bit of language practice.

In my later Hebrew learning adventures I have often found transferring words to Memrise was enough to help me remember them; with no need of further spaced repetition practice.

Stress yourself on purpose

I had been learning Hebrew for over a year before I went to Israel.

The first moment I was forced to communicate verbally is still vivid in my memory. The racing heart, the sweaty back, the frantic search for the right nouns and prepositions.

As a person with a low confidence level, I found this to be an extremely stressful situation. So much so it left me shaking.

You would have thought that after a year of learning, I wouldn’t have such problems asking for directions.

The thing is, I didn’t really practice speaking before.

There is a difference between saying words aloud, and training the skill of conversation.

While pronunciation is important to be understood, it’s not enough to have a dynamic interaction.

During a conversation we need to quickly react to unexpected input. We are required to retrieve relevant bits of language information from sections like grammar, vocabulary, pronunciation, and listening.

On top of that, we need to join all these pieces together to produce a phrase that makes sense.

That’s a lot to do in the 2-3 seconds we usually have to formulate a reply!

Speaking is often accompanied with the fear of embarrassment. Mine was so strong it made me defend myself against speaking with arms and legs.

Whenever my tutors tried to prompt me to speak, I would revert to English or change the topic.

I failed to realise that exposing myself to minor stresses in a safe setting will diminish the speaking fear of real life situations. A class setting and English-speaking teachers provide a safety net for practice. In this setting your speaking imperfections will be not only natural, but even expected!

Use class time as a playground to test out your budding speaking superpower, because…

Ignoring the difficulties you have with Hebrew will a not make them disappear.

My first instance of verbal communication, although imperfectly executed, still lead to the desired result.

I received the information I was looking for.

It was the first time when I realised the language worked, and it proved to me that even I could speak it.

With better speaking practice, however, the same could have been achieved without the sickening sensation of stress-paralysis.

Cover all the bases

Let’s face it, I was an introverted grammar nerd.

What brought me to learning languages was the love for structure, decoding Hebrew verb patterns, and competing with myself over the number of obscure words I could memorise.

You will not like what I will tell you: language learning is not always enjoyable.

By only learning what we like or what we find easy, we only advance in those selected areas. In order to be able to say we learned a language we need to cover all its aspects, at least to basic degree.

However much we resist, there is no escape from the dreaded parts of learning. Whatever we ignore, will have its revenge at a later date.

Don’t be mistaken though!

Learning for pleasure is not bad. If your goal is to memorise words, learn away!

Remember though, this will not be learning a language, but… learning words.

Don’t treat Hebrew like silverware that never gets used

Learning is a term that for many has an association with effort and responsibility.

It was the same for me. Learning Hebrew meant work, and the need to prove myself.

This was my way of thinking particularly at university.

Focusing on discrete components of the language, I forgot to appreciate it as a whole.

Linking language to work and responsibility creates a strong aura of seriousness. This can turn the learning process into a burden.

What I thought awaited at the end of this learning journey was the Holy Grail of fluency.

It was only possessing all the language that would bring satisfaction, accomplishment, and eternal glory.

I’m sure you see a tiny flaw in this approach…

Let me throw another cliche here: Language is a key.

It lets you unlock knowledge, culture, literature, and… Netflix TV shows. As soon as you can start to apply it to things you enjoy.

Better still, turn these fun activities into your study goals.

This will remind you about the purpose of learning a language.

A language is not something you can own in its entirety and store away as a treasure. It’s to be used.

This approach reminds me of my grandma who stores away the “good cutlery” only to be used on special occasions. As a result it’s enjoyed only once a year, during Christmas.

Language is not grandma’s cutlery. Use it often.

To learn to speak Hebrew better, stop learning it

Learning on a course or at university is great.

It gives you clear structure, accountability to teachers and coursemates, and milestones to achieve — tests, and assignments.

But having a structure that’s too rigid can result in turning the language into grandma’s cutlery. When the language use and practice are limited to class times, learning Hebrew turns into a duty.

This unpleasant association with the language prevents you from using it out of class.

This is what happened to me as I was learning with a private teacher, and at university. Not knowing how important it was to use Hebrew outside of class, the only thing my mind associated the language with was obligation.

This only changed when I attended an Ulpan.

Ulpan is a name for an intensive Modern Hebrew course, usually organised in Israel. While language instruction is pretty intensive, the goal of the course is to instil passion for the Israeli culture.

Ulpan courses strive to strike a balance between learning and practising Hebrew, having fun, and seeing the language in use.

Why am I telling you that then?

It’s ok if your aim is to learn quickly, and your study program is intense. But, even professional teachers with a good track record know that you sometimes need to take a break.

Yet, this isn’t any kind of break. It’s a break from learning, but not from the language!

Of course, not all of you will be learning in an Ulpan.

But, all of you need to make sure to take frequent breaks. May this post be your official license for that.

In the beginning it will seem you know nothing. Trust me, the feeling will not go away even after a year, or five years of learning.

After a few months of dedicated learning, you will already know much more than a beginner. Use what you know to help others. My skills grew when I started teaching others. Now, I’m a popular Quora writer on the topic of Hebrew, and even wrote a beginner Hebrew course.

But, back then I started from helping out other students in the Ulpan with simple exercises.

It was an extra way of seeing my Hebrew work.

If understanding films, or being able to have a chat aren’t enough, teaching is an obvious way to show yourself how you can provide value.

Helping others achieve progress is not only an excellent motivator. It also helps you notice shortcomings in your own knowledge, and review the concepts you thought you already nailed.

Where would I be with my Hebrew now if I learned using all the above methods?

How about you try these approaches and tell me in the comments how they worked for you.