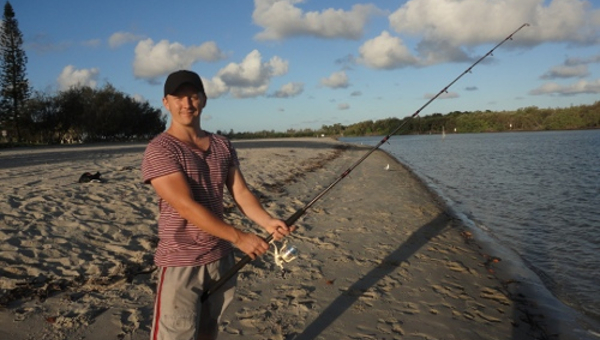 NOTE: I’m not suggesting here that everyone should have the same level of enthusiasm that I do for language learning.

The point I’m trying to drive home here is that in order to succeed at anything (especially languages), you’re going to have a much harder time if you hate the process.

If you don’t like language learning but you still need to do it, then my advice is to do everything you can to make it enjoyable (see below). You’ve got a far better chance of success if you do this believe me!

I don’t want to spend much time talking about this or fueling any further controversy but I thought it was definitely worthy of a few points.

I’d like to hear what you think about this in the comments section below as well.

This was said recently on a popular language learning website:

“I see languages as a means to an end – nothing more.”

For this bloke, and I suspect a lot of other people, the language learning process is seen as an obstacle in the path of being able to achieve an end goal.

As long as the chick at the counter knows that I don’t want pickles on my McHanbaobao or that I want hot’n’spicy Kentucky Fried Dajaja (wings please) then who cares about the language itself, right?

The end product is great sure – being able to actually use it and learn about people on such a deep and personal level, but I also enjoy every step and discovery along the way.

Even the frustrating and seemingly ‘useless’ ones.

I was sitting on the beach yesterday doing a bit of fishing and thinking about this whole ‘I hate language learning but love using them’ thing, and this analogy came to mind:

Imagine walking into a fishing tackle shop to buy bait and to get some tips from the guy at the counter who claims to be an expert, and he says to you, “Look, I love eating the fish, but I don’t like fishing.

I don’t like rigging up my gear, putting the bait on or the long wait for the fish to bite.

It’s all just a means to an end.

Oh by the way, I’ve just published this excellent book on the best fishing spots and advice that I’m sure will help you…“

In the words of my girlfriend, I’d be telling this guy, “a-seeeee-yaaaa.”

I think I’ll go find a fishing shop where the guy behind the counter almost pees his pants with excitement over every aspect of fishing. And as for your book, I’d rather buy a book from the excited pants-wetter than you, mate.

As you probably know by now, I started teaching myself Irish Gaeilge recently (UPDATE: I did), using online resources and now, finally, with a paid private teacher (italki) via Skype.

Irish is a language that I will most definitely never need, and probably never get to naturally use (unless I spend some short holiday time on the west coast of Ireland).

Apart from some personal reasons for wanting to learn it, I’m studying it because I love the process of learning.

Every new bit of vocab and every new thing I can understand on TG4 (Irish television) interests me.

And you know what, I’m paying about $40 USD per week for lessons – for a language with absolutely no usability to me! The I don’t like learning languages crowd would think I’m a bloody idiot for doing it.

I’ve also been spending some time reactivating my French lately (I haven’t really spoken much French for many years but it’s still there on a dusty shelf in my brain), and as someone who loves every step of the learning process I delved into Gaulish recently (a dead, “useless” Celtic language) just to see how it’s related to Modern French and Irish.

All because I love the process of learning languages.

I was an ESL teacher (at home on a long ‘sabbatical’ at the moment but probably heading to Asia in a few months to teach again (UPDATE: I did)).

I can tell you that the best students I’ve had have been the ones who can’t get enough of learning English.

These students are at class early, they study passionately, and even on days where I give absolutely terrible lessons with no preparation these people still try their absolute hardest to get something out of it.

They constantly ask questions to satisfy their hunger for more learning and it’s these students who end up speaking English brilliantly compared to their peers who only care about end goals.

Without boring you with all the academic stuff, one of the primary factors that causes people to reach a mediocre level of ultimate attainment (the point where they’ve learned as much as they can and don’t go any further) is this attitude of “the language is a means to an end”.

As long as they can achieve what they need to achieve then that’s all that matters.

This by the way is why a lot of migrants after spending decades in a foreign country have peaked at an intermediate or even lower level.

But you’re a linguist, Donovan. That’s why you love the process of learning languages.

I’m a linguist which means I’m interested in the academic side of language learning and reading papers by boring professors but when I learn languages I’m not doing it for those reasons (with the exception of Koine Greek, Ancient Hebrew and Classical Arabic which were for academic reasons).

Maybe it explains why I would bother reading up on a dead language like Gaulish out of pure interest, but it doesn’t mean that my love of the learning process is a result of academia.

Learning the language of a foreign culture is like taking on a new personality and seeing the world differently.

Did you know that the word for “crazy/insane” in Arabic is “majnoon (مجنون)”, from the root “jinn” (جن) where we get the word “genie” (a spirit like the genie in Aladdin)? In other words, the idea of insanity in the Middle East has, and still does in many parts, held the idea that the person is possessed by evil spirits.

How can a discovery like that not be interesting?

That’s a-whole-nother worldview right there – it’s mind-blowing when you learn things like this and it makes the language learning process so much more wonderful and exciting.

Anyway, I believe the actual process of language learning is something that should be loved and enjoyed, and not seen as an obstacle on the path to an end goal.

Stay passionate about learning languages, keep your motivation high, and you’ll have better results in the end and enjoy the journey.

What do you think about all this?

For those who aren’t familiar with Steve Kaufmann, he’s the owner and founder of LingQ.

His impressive foreign language repertoire makes him a credible authority on language learning.

I personally don’t use LingQ because of its price (would rather use LWT) but it’s still a very useful tool – especially for translators.

Here’s a great video he made a while back on enjoyment:

Steve makes a very simple yet profound point in this video.

Here it is in his own words:

Why are you frustrated?

Don’t worry about how fast you’re progressing. Be confident that if you do things that you enjoy doing in a language, and if you stay with it, you will progress.

For those who are stuck in the boring, seemingly never-ending lower stages of learning this bit of advice is worth heeding.

By taking whatever you’re interested in or passionate about and basing your learning around that thing, your language learning ceases to be a chore and you’ll find that you improve a lot faster.

On that point I’m actually teaching myself to play and sing this song by The Coronas to help with my Irish:

If you’re doing something you love and enjoy you’ll learn a lot just by being exposed to the input and you’ll incidentally learn a lot of other expressions and vocabulary as well.