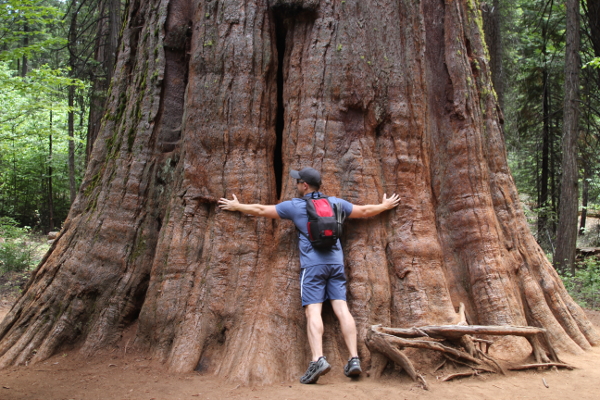 Today I want to share a simple yet profound piece of wisdom that I came across 10 years ago which radically changed me as a learner, especially with languages.

I receive emails and private messages through social media all the time from people who all seem to say they have the same problem – they’ve been learning language X for a long time (in some cases even years) and are still struggling to get real results or reach basic fluency.

It’s an awfully long time to be chipping away at it and never reaching your goal.

The first question that enters my mind when I hear it is this:

How many months or years of struggling and getting nowhere does it take for you to realise that whatever you’re doing just isn’t working?

The bottom line is, if you’re really working hard at something and not seeing the results then something’s not right about the way you’re tackling it.

And it’s not because you aren’t good at languages.

I’m convinced that every human being is fully capable of learning other languages (with the exception of those who are handicapped of course). It’s an innate function that we’re all born with – we all have the same organs and parts, the same needs, and we’ve all acquired at least one language already.

We’re all able to do it.

If you’re putting in enough effort to learn a foreign language and are motivated to learn, then there’s no reason why you shouldn’t be achieving the results you’re after.

If you’ve been working away at it for a long time and still aren’t communicating then it’s time to step back and assess what you’re doing.

How a 2,300 year old line of foreign language text radically transformed me into a learning success story

The first two foreign languages I learned as an adult (I don’t count Mandarin as I had to learn it in school) were two dead languages – Koine Greek and Ancient Hebrew.

I’m polyliterate with these languages, which means I fluently read and write them but these varieties aren’t spoken anymore (languages evolve over time after all).

I don’t actually speak Modern Greek or Hebrew yet but I plan to in the near future as my background in these old varieties means that I’m already most of the way there (even more with Hebrew due to its crossover with my Arabic).

I failed my first year in college.

As I said in a previous post, I’ve always been a visual-spatial learner which means that conventional course material and structures are useless to me, so when I first started with Greek I had a really tough time.

Like many people who are learning their first foreign language, I had no idea where to start or what approach was best for me.

Greek and Hebrew were ultimately responsible for turning me from an absolute failure to a confident polyglot and an academic success story, as it was through loads of trial and error that I learned a lot about myself.

One day I was reading through and exegeting parts of Ecclesiastes (Ἐκκλησιαστής/קהלת) when I came across this incredibly relevant piece of wisdom that hit me like a hard smack in the face:

If the axe is blunt and its edge is unsharpened, more strength is needed but skill will give success.

**חכמה translates most often as wisdom but can also loosely translate to skill/intelligence (H-K-M root in Hebrew and Arabic). 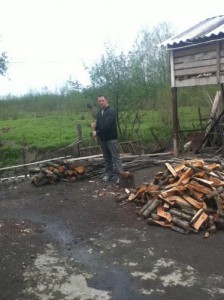 When I read this I pictured myself with a blunt axe (my skills) smashing away at a stump with all my energy, getting quickly exhausted and only managing to hack out a few small chips of wood at a time.

It was so true!

I was utterly frustrated, pushing myself hard to learn these languages and pass my other subjects, and ultimately I was getting nowhere. The axe was completely blunt and ineffective.

It was so profound and yet it had such a simple solution:

And it’s something anyone can learn to do.

I now realised that my skills were blunt; the approaches that I was taking were nothing but a waste of precious time.

So I sat down and mind-mapped what I was doing, where I was having some success and where I was failing miserably.

As far as my academic skills were concerned, I sought outside help by getting someone else to help me identify major areas that needed work. Sometimes it really pays to allow someone else to critique you.

I wrote in my previous post that I ended up topping both my Greek and Hebrew classes because I identified that the traditional course structure, rote memorization of grammar and vocab lists, etc. were very ineffective for me. As soon as I identified where my strengths were (taking a very visual approach), everything became much more simpler and enjoyable.

Self-analysis should never be a one-time thing either!

You need to be in a constant state of pulling your ideas and methods apart, unceasingly refining yourself – this particular activity or approach isn’t quite giving me the results that I want so I’ll try tweaking it a little or using something completely different.

I take the same approach to every other aspect of my life and other pursuits. I’m currently on a serious fitness mission at the moment (hitting the gym morning and night), and I’ve had to reassess a lot of my previous workout routines that weren’t getting me close to my goal before.

I’ve made major adjustments and already seen huge improvements over the last 2 months.

I’m also convinced that Korean will end up being one of my greatest language successes so far because of how ruthless I’ve been in conditioning the way I tackle it each day.

Those of you who read this blog know that I passionately promote a particular approach to learning languages (which I’m convinced is adaptable to any style of learner, and backed up thoroughly by research and experience), but I also acknowledge every person is very different and therefore it’s impossible to offer a one-size-fits-all answer to everyone’s problems.

For this reason, unfortunately it’s impossible to serve up a single answer in this blog post (though I’m always happy to answer emails, Skype or meet with people to help work through some of these issues by identifying obstacles).

If you’re a Seinfeld fanatic like I am, you’ll remember this classic scene where George decides to do the opposite of everything he normally does and gets the results he’s been after the whole time.

Of course it’s completely comical and not meant to be taken seriously but there is actually something to be learned here.

Every week here in Korea I have these days where I’m exhausted and don’t feel like doing anything (as we all do). I get home from work tired and just want to collapse into a chair or my bed giving everything else a miss.

It’s these times where I push myself to get dressed and head out for some socializing in Korean, acting against all my impulses.

I’ve had some of the most incredible encounters by doing this – I get home and say to myself, ‘I just spent hours speaking Korean and making new friends. I can’t believe I nearly stayed home.’

The same goes for walking to the gym early in the morning in the freezing cold and snow. Before you do it, your body is screaming that it’s a bad idea but afterwards you experience the rewards for doing so and have zero regrets.

If something’s not working for you, stop doing it!

Life is too short to waste years doing things that you know aren’t working. It’s time for us to assess ourselves and try some very different strategies.

As always, I’m looking forward to hearing your thoughts on this.