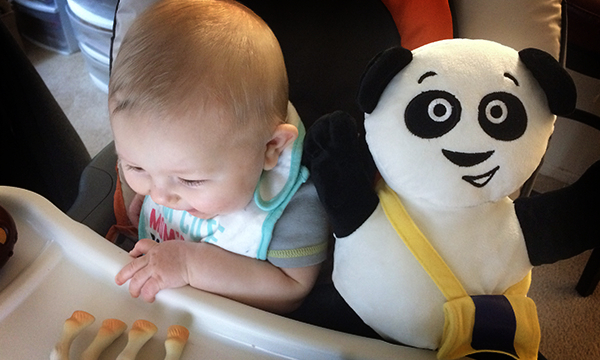 As you all know, my wife and I recently welcomed our son into the world (first child!) and I’m already talking with other polyglot parents to gain more insight into strategies for raising young kids to be bilingual.

Today Shannon Kennedy who blogs over at Eurolinguiste is sharing some of what she’s been doing and resources she’s using with her little guy (aka Little Linguist).

I had just turned down the lights in the room and placed my then 6-month-old in his crib.

He was restless, fighting bedtime with an energy only a little one can muster. He sat up in his crib and laughed as I continued to prepare the room for the night before returning to the side of his crib.

Seeing that he intended to stretch his waking hours to the limit, I decided to indulge him.

“你拍手吧。”
“Will you clap?” I requested gently.

He stared at me, and then, in that uncoordinated, adorable way only babies can manage he clapped his hands together.

Beaming, I grabbed my camera and requested the performance a few more times to capture the moment. It was the first time he responded to that particular request and I was as proud as any mamma could be.

This past year, much like Donovan, I welcomed my son into the world and we too, decided to raise our sweet boy to speak more than one language.

We’re less than a year in and the journey it is a continual a whirlwind of excitement, exhaustion, overwhelm, euphoria and self-doubt. Especially since one of those languages is not the native language of either my husband or I.

But every moment is well worth it.

In this post, I want to share some of the tools and methods we’re using to support Little Linguist’s language development.

It’s not a one-size fits all approach – every family and situation is a little different – but I wanted to open up a discussion about what works for us in the hopes that it may help you if you’re interested in heading down a similar path.

Before Little Linguist joined us, my husband and I spoke both French and English at home. But since the addition to our little family, the number of languages we speak has also expanded.

We knew early on that Little Linguist would learn to speak both French and English.

He would need them to be able to communicate with family.

But we wanted to give him every advantage possible, so we agreed that I would speak to him in Mandarin Chinese as well.

It was a tough decision.

We’ve heard every argument against it you can imagine.

– You’ll delay his speech development.
– You’ll confuse him.
– He won’t be able to talk to us.

Ultimately, the decision is ours to make (and once he’s old enough, Little Linguist’s), so we do the best we can for him to help him in every way.

Including giving him the advantage of being multilingual and multicultural.

Our approach to teaching our child foreign languages

We currently are using the One Person, One Language (OPOL) approach, but we may blend it with other methods as needed in the future.

I speak with Little Linguist in Chinese while my husband and his family speak to him in French.

We aren’t focusing on English at the moment, because we know he’ll learn it later on at school.

But he still gets exposure to the language whenever we venture outside the home and when he spends time with my family.

It’s a little overwhelming being his sole source for Chinese, particularly because it’s not my native language.

I’ve used the opportunity, however, to not only focus on my Chinese learning but to become more specialized in my knowledge.

No easy feat considering the fact that it’s hard to learn child-related vocabulary without the help of a tutor!

I had a year of Chinese under my belt when I found out I was pregnant, and the nine months leading up to the arrival of Little Linguist gave me plenty of opportunity to sit down and focus on what I’d need to know.

My first mission was to search for resources that would help me learn the vocabulary I’d need for the first year or so, but aside from a few YouTube videos, there wasn’t a whole lot to help me learn things like:

– Hold still and let Maman cut your nails.
– Do you want to go out for a walk in your stroller?
– Here, take your pacifier.
– Let me strap you into your high chair.
– Please let go of Maman’s hair.
– We need to change your diaper!

Not exactly words or phrases at the top of most vocabulary lists.

Thankfully, I discovered early on that resources created for small children contained a lot of the words and phrases I needed, so I quickly diverted my attention to collecting as many of these as I could.

When children’s books and tv shows didn’t suffice, I’d keep track of the things I couldn’t find and share them with my tutor during my lessons.

She had a young niece, so a lot of my requests were fresh in her memory.

It was a huge help!

The truth is though, no matter how much you prepare, things will always come up that surprise you.

Learning a language is a constant work in progress.

The materials we use to support Little Linguist’s language exposure 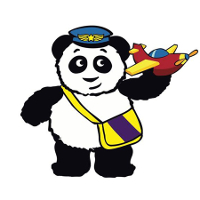 Little Pim is a series of videos that are 100% in the target language.

The vocabulary covered are things that a child needs to know for their day-to-day activities. Words and phrases like “brush your teeth”, “juice” and “tickle” are included.

It was a great help in arming me with words that I needed to know and Little Linguist loves watching them.

These are another fun resource, but are aimed towards kids who are a little older.

I still enjoy using them with Little Linguist though – I show him the image and make up sentences using the words that are relevant to him.

These are only available for certain Asian languages, so we have them for Chinese. 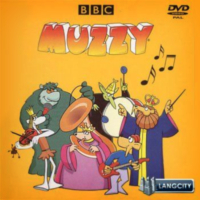 Muzzy is a language series put together by the BBC.

It’s a collection of videos about a princess, an alien and an evil villain completely in the target language. There’s a lot of repetition, so it’s great for kids.

Gus on the Go

It’s interactive and a fun way for kids to engage with the language.

Little Linguist isn’t old enough for the app yet, but I’ve tried them out to see if it would be a good fit for him later (plus to see if there was any useful vocabulary that *I* could use).

Sesame Street has been the go-to resource for generations of parents and there are shows available in a variety of languages.

Fun Fun Elmo is the Chinese version of the show we watch and 5 Rue Sesame is the French version of Sesame Street.

You can find videos aimed at kids in pretty much any language, and the best part is that they are short and entertaining so that you can limit TV time and kids stay engaged.

We use materials originally produced in the languages we’re teaching Little Linguist.

There’s a fantastic Chinese bookstore nearby where we’re able to purchase books, we have family send us things in French, but Amazon has been an excellent resource for finding books and movies in other languages.

Finally, but most importantly, the best way we help Little Linguist’s language development is by interacting with him.

We describe what we’re doing, what he is seeing or hearing, and play games.

We request things of him (like kisses, to stop, or to take something) and we model how we would like him to speak by being polite and using simple language (for now) but not baby talk.

It’s incredible watching him learn to understand things in three languages and we know we still have many hurdles ahead, but we just enjoy it one day at a time.