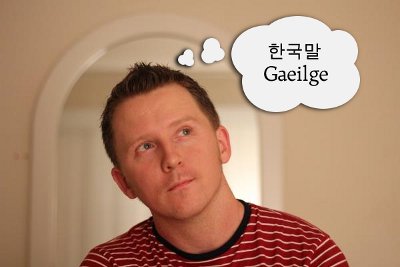 UPDATE: I highly recommend you read the book ‘The One Thing: The surprisingly simple truth behind extraordinary results’ by Gary Keller.

It’s not written about language learning specifically but the entire premise of the book affirms the points I’ve made below. It’ll totally change the way you approach languages (and many other areas of your life and general productivity) as it has for me.

Here’s a great quote from inside the book:

To do two things at once is to do neither.

When I announced my intention to learn Korean this week alongside Irish I was asked about my motivation to learn multiple languages at the same time.

Why learn several languages simultaneously and is it even advisable to do so?

Here are some of my thoughts on the issue.

If your time management skills suck then forget it

I’m stating the obvious but if you’ve got shithouse time management skills then that’s something you need to sort out before trying to learn a language, let alone several languages.

I’m learning two new languages while maintaining a handful of others at the moment and you know what?

I work a normal day job, full-time, 5 days a week.

This means that I have a few hours in the morning before work, lunch breaks, some of the weekend and the occasional evening to get shit done. If I didn’t know how to make the most of the time I have, I’d be getting nowhere.

Focus on one at a time

If you’re learning a few languages it’s good to focus solely on one language for a few days or a week at a time, rather than switching between them throughout the day.

This is not because of the possibility you’ll mix the languages up (I’ll get to this), but simply because it’s good to spend quality time focused on one language to ensure periods of immersion. If you’re constantly switching between learning different languages you’re not allowing yourself time to do that.

I spent 3 hours the other day watching Irish video and blocking out English (and other language) distractions as much as possible, and by the end of it I felt like I was actually thinking in Irish.

Get yourself a diary and allocate times of the day and week for language A, B and C. Allocate times where you tell the rest of the world to piss off and leave you alone, the phone gets turned off, distractions are eliminated and you get serious with the materials you have or people you meet with.

Unless you’re absolutely ruthless with your time and harsh with the people and things that distract you, you’ll fail to properly divide your time between each language.

Mixing them up is not such a bad thing

This is a common concern regarding learning a few languages simultaneously but it’s nothing to worry about.

So what if you mix up a few words here and there, or occasionally confuse word order in the initial stages? You should be making plenty of mistakes anyway.

It’s not going to fossilize that way unless you stop learning.

Most of your language transfer comes from your native language which is an unavoidable issue that pretty much everybody faces when learning a second language. Transferring from your second or third language to a fourth language is no different – it’s not permanent, but simply a stage in the learning process that will iron itself out as you become more proficient.

I’m not bothered at all when I accidentally drop a French word when talking Irish, or an Irish word when practicing Georgian because to me that means I’ve learned the word so well that my memory is retrieving it automatically.

It’s confirmation of further success more than anything else.


Motivation – Why are you learning them in the first place?

As you should with any language learning endeavour, make an honest assessment of your reasons for wanting to do it.

Do you actually need to learn two or more languages simultaneously? Are you impatiently racing toward a goal of (hyper)polyglottery or just simply an enthusiast who loves languages like Professor Arguelles?

Is conversational fluency your target or are you more interested in studying the grammar and syntax of a bunch of different languages purely out of fascination with no real intention of ever connecting with your target language communities?

I love Irish but don’t need it 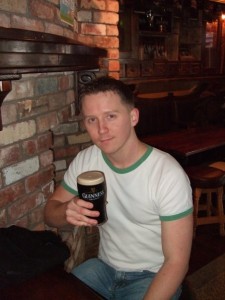 As I’ve already said before, despite the fact that I started learning Irish back at the end of December/early January, I have absolutely no need for this language.

I’ll spend more time in Ireland and the Gaeltacht in the near future but I’m almost certain that I’ll never require this language for work, migration or anything else.

My Irish friends have criticized me for “wasting my time” in fact. Tá sé marbh ar aon nós.

For reasons I’ve already covered in detail, my purpose for Irish has been more emotionally driven than anything else, but despite this fact I’ve spent countless hours immersed in Irish at home and work over the last few months (sometimes spending up to 3 hours a day watching and listening to material), poured lots of time and money into it and haven’t lost any passion or drive to succeed with it.

It’s a perfectly valid reason to learn the language and a strong motivator but there are no major functional or financial goals to aim for.

Korean on the other hand…

Compare that with my recent challenge to learn Korean which is more needs-based considering the fact I’ll be moving to the country soon for work and will need it to get the most out of my time there.

To be honest, I never even considered studying Korean in the past and it’s a language that hasn’t really interested me at all up until two days ago.

Even though my Korean skills after two days consist of only being able to slowly read the alphabet and a few basic expressions like 안녕하세요 and 감사, I’ve already developed a new-found interest in the language which will further boost my motivation level to push on.

Despite the fact Korean has no emotional value to me like Irish does, I’ll be driven to succeed with it because it has a very functional goal.

Ask yourself before you start

When I started this blog I remember reading an article about blogging that said something along the lines of:

Before you start, picture yourself 6 months, 1 year, or a few years down the track and answer honestly whether or not you’d still have the same passion and motivation to keep going with it.

They’re really interesting and exciting in the beginner stage because everything is new and different but after the honeymoon stage is over they start to lose their buzz. If you don’t have a good reason to keep going with it you’ll get bored and move on to something else.

Language learning forums are full of people who talk about how they spent X amount of time on a language in the past, and either got bored or found it too difficult and moved on to another one.

Save yourself the wasted time and question your motivation before you start.

Some other points to consider

Here are some other points to consider with regard to the benefits and achievability of multiple language acquisition:

Are you learning more than one foreign language simultaneously?

What are some of the challenges and benefits you’ve personally experienced in doing so?