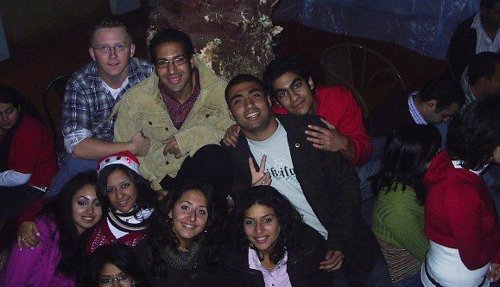 Today I’m going to share with you 8 really important things you should do on an immersion trip abroad if you want to come home fluent in a foreign language.

You can read all the tips, advice and secrets for home-based language learning that the internet’s finest have to offer but nothing beats living immersed in the target language community, being bombarded with (and forced to adapt to) the language and culture from the moment you open your eyes in the morning til the time you curl up in bed at night.

No amount of self-learning discipline, social media interaction or expensive learning products compare to simply being in the country, hanging out with local people and most importantly, requiring the target language to get by.

The reason for it is simple: want vs. need.

Living in Australia, I’m only going to use a foreign language when I’m in the mood to study it or when chatting with friends. I don’t really need it for anything at all.

However, if I was living overseas with a host family then I’d definitely be motivated daily by a need to be understood and to properly engage with the community around me. It’s not so much that being constantly surrounded by input makes an immersion stay so much better for language learning (although it definitely helps), but rather it’s the necessity it creates in forcing you to adapt or ‘die’.

Time and time again over the last 10 years of my own immersion stays I’ve seen people who have no interest in foreign languages pick them up very quickly in the host country simply because it’s necessary for them to do so (or at least to live more comfortably).

So… this is the first and most important of 8 really important things you should do on an immersion trip abroad:

1. Place yourself in situations of ‘need’

Sounds easier said than done but all it involves is making sure you plan your travel itinerary to spend adequate time in places where you’re guaranteed to need the language, e.g. places where there are no McDonald’s or Starbucks to hide in when you get lazy.

No expat community. No multilingual signs or menus. No way for you to cheat.

If choosing a homestay or au pair arrangement make sure to stipulate that you want a family with little or no English and far removed from any urban center where people are less likely to know your language.

But I’m here to learn a foreign language. Why would you tell me not to study?

Take advantage of every damn second you have in the target language country and leave the grammar books for when you’re back home learning on your own again.

Get outside and find every opportunity you can to practice.

Time spent in the books while the language is alive outside the house is a golden opportunity completely wasted.

3. Keep association with foreigners to a minimum or at least hang out with them while with natives

People naturally tend to gravitate toward their own kind (especially when culture shock and home sickness kick in).

It’s happened to me so many times before – living immersed in a foreign culture for a while, missing home, down in the dumps and then suddenly I hear an Aussie accent somewhere and it’s like a huge breath of fresh air.

I just want to talk to them. I don’t know who they are but I don’t care. I miss my kinsmen.

Resist this urge as much as possible (it does pass), or at the very least make sure to include your target language buddies in any social gatherings you might have.

You might even find yourself in situations where you have to do your best to interpret for both groups which challenges you on a whole different level.

4. Get yourself a homestay for the ultimate immersion experience

The ultimate immersion experience is living with a host family that doesn’t speak your language, especially if they have children.

I owe the current levels of my Arabic and Georgian primarily to the children I lived with in those parts of the world.

Kids are the best teachers you can get. Believe me.

It can be nerve-wracking and extremely frustrating at times with cultural and communication barriers, lack of privacy and so on, but as far as placing yourself in a situation of need it really doesn’t get any better than this.

If homestays aren’t an option for you then make every effort to reach out to the neighbours immediately. It’ll depend on the host culture obviously (in some cultures people are very private) but in the Middle East for example it’s not uncommon to have a door-is-always-open policy for the people in your apartment block.

This can also be annoying in terms of lack of privacy and unannounced guests but it’s the next best thing to living with a host family – you’re hardly ever alone and opportunities never cease for target language practice.

5. Be where it’s unusual to see foreigners

If you hang out in the urban center of a major city or an affluent neighbourhood you’re far less likely to encounter people who are both interested in being friends with you and don’t speak your language.

I have no interest whatsoever in hanging out with Western educated, English speaking locals when I travel. I might as well stay in my own country.


To use the city of Cairo as an example, if you were to spend your time in a suburb like Maadi or Heliopolis you’d find that locals are less intrigued by you as a foreigner because there are so many other expats there and the people tend to have more money, more education and thus better English.

But if you head down to Ain Shams or Muattam where people tend to be poorer and you stand out as a foreigner, the locals are intrigued by your presence and will usually be more than happy to practice their language with you.

Get out of your comfort zone and stay off the beaten track.

6. Keep a small notebook and pen on you at all times and if possible a voice recorder

I have a big camphor wood chest at home full of little notepads and bits of paper that I scrawled words and phrases on during my times in Egypt and if I hadn’t of written them down at the time then I probably would have forgotten them.

If you hear a word or encounter some writing somewhere that jumps out at you then whip out the notebook and record for it clarification later when you’re with a teacher or friend.

Voice memo apps like the one on the iPhone are godsends for capturing sounds you hear out on the streets as well.

7. Find a teacher with a communicative methodology 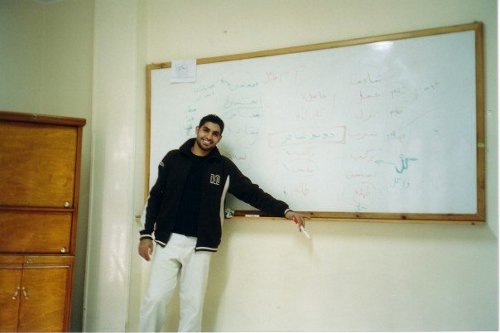 I know I said don’t study but if you can find yourself a teacher who uses a communicative approach then I strongly suggest you meet with them once or twice a week.

Unfortunately a lot of teachers around the world still use centuries-old, ineffective methodologies such as the grammar-translation approach which are utterly useless for improving conversational skills.

Communicative teachers will give you highly useful, practical chunks that you can go out and use straight away. For example, following a lesson on how to order food in a restaurant you could finish class and head out to a restaurant for lunch to use everything you just learned which will really anchor it in your long term memory.

It’s usually pretty easy to tell whether teachers are up-to-date with current teaching methodology based on where and how long ago they were trained. These are things you should ask before meeting with them!

I’ve personally had experience with communicative and grammar-translation types of teachers overseas and the difference in terms of what I got out of them was huge.

8. Volunteer your time to assist people with their English (or your native language)

When I was in Georgia I gave private lessons at home on top of my other two teaching jobs and it wasn’t long before some mothers in my neighbourhood were requesting that I teach their children as well.

This can be profitable depending on where you are but I suggest doing some of it for free.

The reason why I say free is for a few reasons:

As far as your own language learning is concerned it’s just another way to meet people and become part of their families at the end of the day.