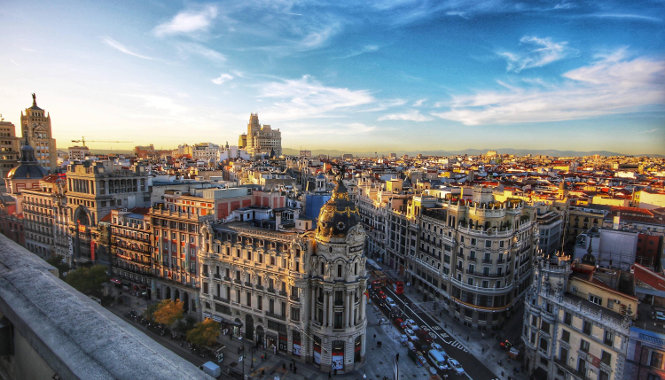 How long does it take to learn Spanish?

Spanish is a glorious language. Its energy, diversity and expressiveness are so enchanting that it’s no wonder so many of us dream of learning it…quickly!

But how long will it take you to get there?

Some people may have tried to learn Spanish for years and still feel like they haven’t made any progress. Others claim they learnt the language in a month using some creative techniques. So what questions should you be asking yourself to know how long it could take you to learn Spanish, especially as an absolute beginner? Let’s take a look.

How strong is your motivation to learn Spanish?

Before you can answer how long it will take you to learn Spanish, ask yourself: Why? Why Spanish and why now?

I disagree that you must have an urgent motivation to learn Spanish to keep yourself accountable, such as moving to a Spanish-speaking country, having family members who speak Spanish or wanting to get a new job. Of course, these are all fantastic reasons to learn Spanish, don’t get me wrong! But I believe curiosity, interest, love for the language and the sheer pleasure of learning it can be enough.

However, there’s a certain art to motivation.

The trick? If you invite yourself to be publicly accountable (for example, by announcing your goals on social media, creating a language progress journal or even a blog dedicated to your Spanish learning journey) you’re more likely to be successful and stay motivated. You should also make sure that you don’t get bored when learning Spanish by getting yourself out of your comfort zone and diversifying the way you learn. If you do get bored, it’s probably because you’re sticking to a method that doesn’t work for you or are lacking resource variety.

This is important because you’ll naturally see faster progress when you’re not constantly battling yourself and trying to find the motivation to learn Spanish instead of actually learning Spanish.

With the right motivation and time management techniques, a motivated learner can achieve an intermediate level of Spanish in a matter of months.

What’s your mother tongue and how long does it take to learn Spanish if it’s similar?

Learning Spanish as somebody whose native language is radically different from any Romance or Germanic language might be tricky at first (but definitely achievable!).

If you speak English, it might be easier to estimate how long it takes to learn Spanish. The US Foreign Service Institute has given us a useful tool called the Language Difficulty Rankings. It’s basically a list of categories that shows you the approximate time you need to learn a given language as an English speaker (reading and speaking proficiency).

FSI might not be the the be-all and end-all of language learning, but it certainly gives you an idea of how long it will take you to learn Spanish as someone who can speak English: about 24 weeks (575-600 hours).

Summary: According to FSI, if you spend 3 hours per day learning Spanish, you’ll achieve fluency in around six months. Reduce your Spanish time to one hour a day and, according to FSI, it will take about 1.5 years to learn. 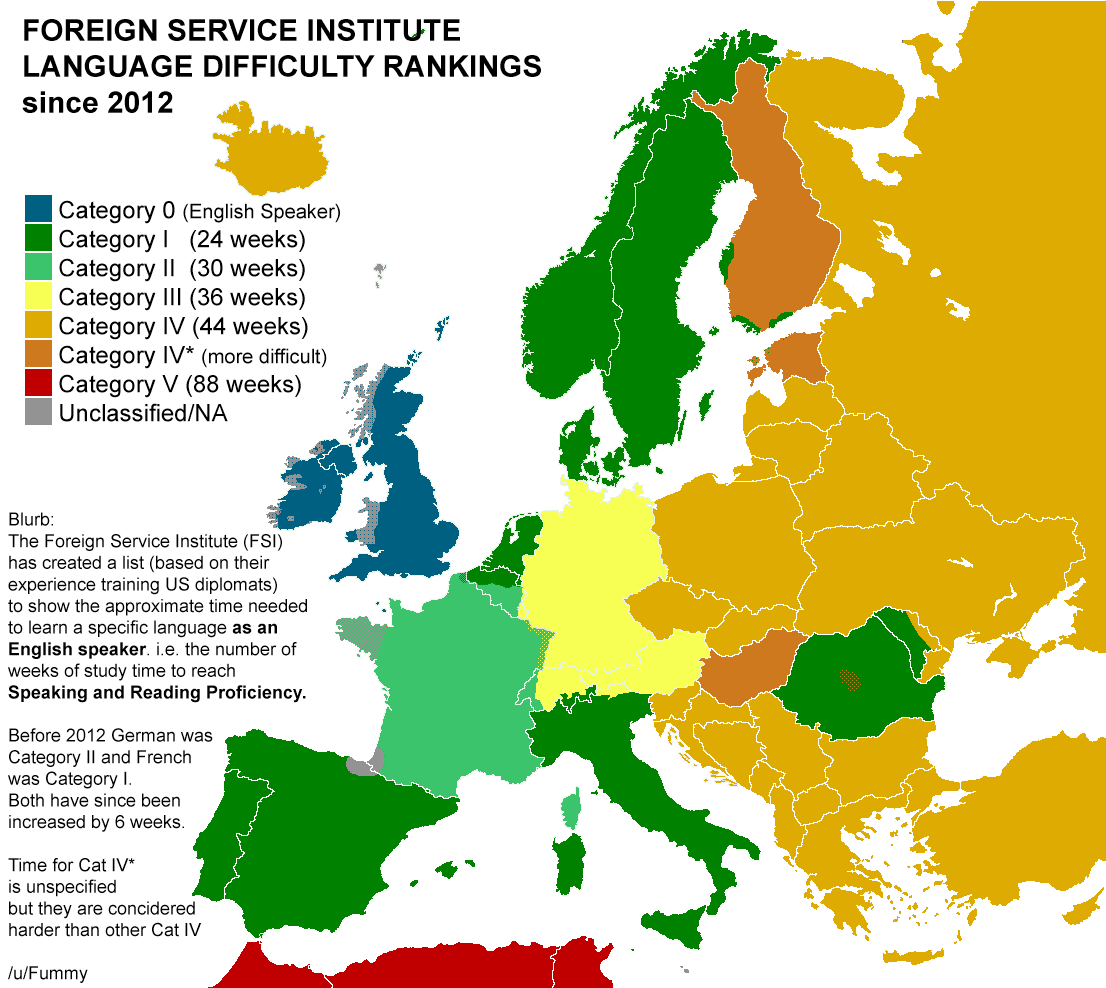 As you can see, Spanish is one of the most accessible languages for English speakers. But please, don’t feel demotivated if you’re also planning on learning languages that were placed in higher categories! These are just guidelines and largely depend on the amount of time you’re planning on dedicating to the language, the type of resources you use, your approach and other factors. Speaking of which…

What resources are you planning on using?

Your resource quality can determine how long it takes to learn Spanish.

Many of the best Spanish online courses offer plenty of options to grow your vocabulary, grammar awareness and pronunciation skills while sticking to a method you enjoy. These can be amazing tools to get started, get a feel of the language and start noticing some patterns, especially if you enjoy studying in general and like having that structure.

However, if your goal is to speak Spanish soon and comfortably, you’ll have to get yourself out there and walk away from apps that only teach grammar.

You can do this by joining language exchange groups (online or in person), signing up for Spanish lessons (but make sure you get plenty of practice rather than just one hour per week!) or making sure you spend quality time with Spanish speakers on a regular basis. You’d be surprised at how helpful native speakers can be online if you tell them you want to practice your Spanish! What’s going to truly make a difference on how long it takes you to speak Spanish is the amount of time you dedicate to usage, not just exposure.

Duolingo is not where it’s at if you’re looking for proficiency! Which leads us to…

What Spanish skills do you want to focus on?

Perhaps you’re interested in learning Spanish to read your favorite classics in the comfort of your living room. Or perhaps you only want to learn how to speak Spanish to be able to casually connect with the Spanish-speaking community in your city, not to read complex news or be able to write an e-mail eloquently. If this is the case, learning Spanish will be much faster because you won’t have to worry about developing a holistic approach in which you learn both formal and informal registers, for example.

You can focus on whatever you believe you’ll need more quickly.

Just keep in mind that this type of isolated goal might have an expiry date in the long run, because real life forces you to deal with Spanish in different forms: you might have to text a friend (writing), read their response (reading), meet them for coffee to have a chat (speaking) and understand what they say (listening). You might also eventually decide you want to move to a Spanish-speaking country or spend some time there on vacation, and suddenly need a different type of language.

Adapt your Spanish learning to your context, but don’t limit yourself too much!

How willing are you to connect with Spanish speakers?

Few hobbies require being around other people as much as language learning does. And yet, many language learners crave for the comfort of their notebooks, manuals and apps…neglecting actual speaking practice with another human being.

We’ve all been there! I certainly love sitting down with a cup of tea and reading a nice book in my target language, taking notes and discovering new vocabulary. But I’ve also had to face a harsh reality. I’ve often become so involved in reading and studying, that I was completely unable to develop a genuine, real-time conversation with a native speaker months after having gotten started.

If your goal is to speak Spanish fast, that’s just not the most efficient way.

Getting yourself out there and including as many hours of speaking practice in your schedule is.

I get that sometimes it’s not up to willpower alone. Performance anxiety can hinder your progress due to insecurities regarding your accent or previous experiences that went wrong.

You can find comfort in the fact that many successful language learners around the world feel the exact same way and have managed to move past the overwhelming nerves to create amazing connections with native speakers. It’s all about expecting the nerves (rather than fighting them or denying them) so you can find the right tools to manage them.

How many hours will you be dedicating to learning Spanish?

How often you use your Spanish will have a massive impact on how long it takes you to learn it.

The word “use” is key here.

Exposure to the Spanish language through movies, series, music, video games and language apps certainly helps with vocabulary and listening skills (to a certain degree), but what truly gives you a boost in confidence and proficiency is the amount of hours you’re willing to dedicate to talking to Spanish speakers (and writing, if it’s something you enjoy and want to do better).

Producing your own content and getting used to the reality of the language (rather than the scripted language used in movies) is crucial.

This is perhaps the most difficult aspect of language learning. We constantly feel we lack the time. Yes, sometimes family life, work, studies or even a cold can temporarily cause you to take a break, and that’s okay! It’s all about taking a look at your schedule, tracking each activity and realizing what could be done a little more efficiently.

After all, why dedicate 5 hours to learning something you could learn in 20 minutes with a slight change of method?

You’re more likely to be able to retain information if you learn in bite-sized pieces, anyway!

What Spanish level are you hoping for and how long will it take to achieve?

Most people wish to become “fluent” in Spanish, but what that means changes greatly from person to person.

In order to answer ‘how long does it take to learn Spanish’, you need to define ‘learn’.

What do you expect to achieve? Being able to talk to your neighbor? Having a casual chat with a Spanish-speaking friend? Being able to communicate better with your partner’s family? Surviving a trip abroad without using English? Nailing a job interview in Spanish? Or being able to deliver a speech at a conference without making any mistakes?

This goals will naturally translate into different approaches, and some take longer than others.

It’s much easier to order a coffee than to clarify a complex question about a presentation at a conference. Plan for a longer learning period if you’re committing to reaching an advanced level, especially if you plan on being able to understand complex news, academic articles, industry reports and similar content.

Knowing how long it takes to learn Spanish, where can you get started?

Apart from the questions listed here, you might also want to decide on a Spanish variety just to get started.

Most people would decide between European Spanish and Latin American Spanish, but be warned that there are regional differences in Spain, as well as significant differences in pronunciation and vocabulary between Latin American countries. Regional variety is another factor to consider in how long it takes to learn.

Of course, this doesn’t mean you can’t learn more than one variety in the future!

It’s just more efficient to focus on one first so you can create the right type of environment and see progress more quickly.

Considering these questions, how long do you think would take you to be able to have your first chat in Spanish?

Write a comment below stating your intentions with Spanish, how you plan on making progress and what you feel will be important to you in your journey. Looking forward to your answers!